9 places to visit in Portugal this June

Looking forward to visiting Portugal, but don't know where to start? We got your back. With the heat tightening the places where you can drink good wine with a breathtaking view are necessary to include in your itinerary, and of course, they are also included in our itineraries that you can purchase now! 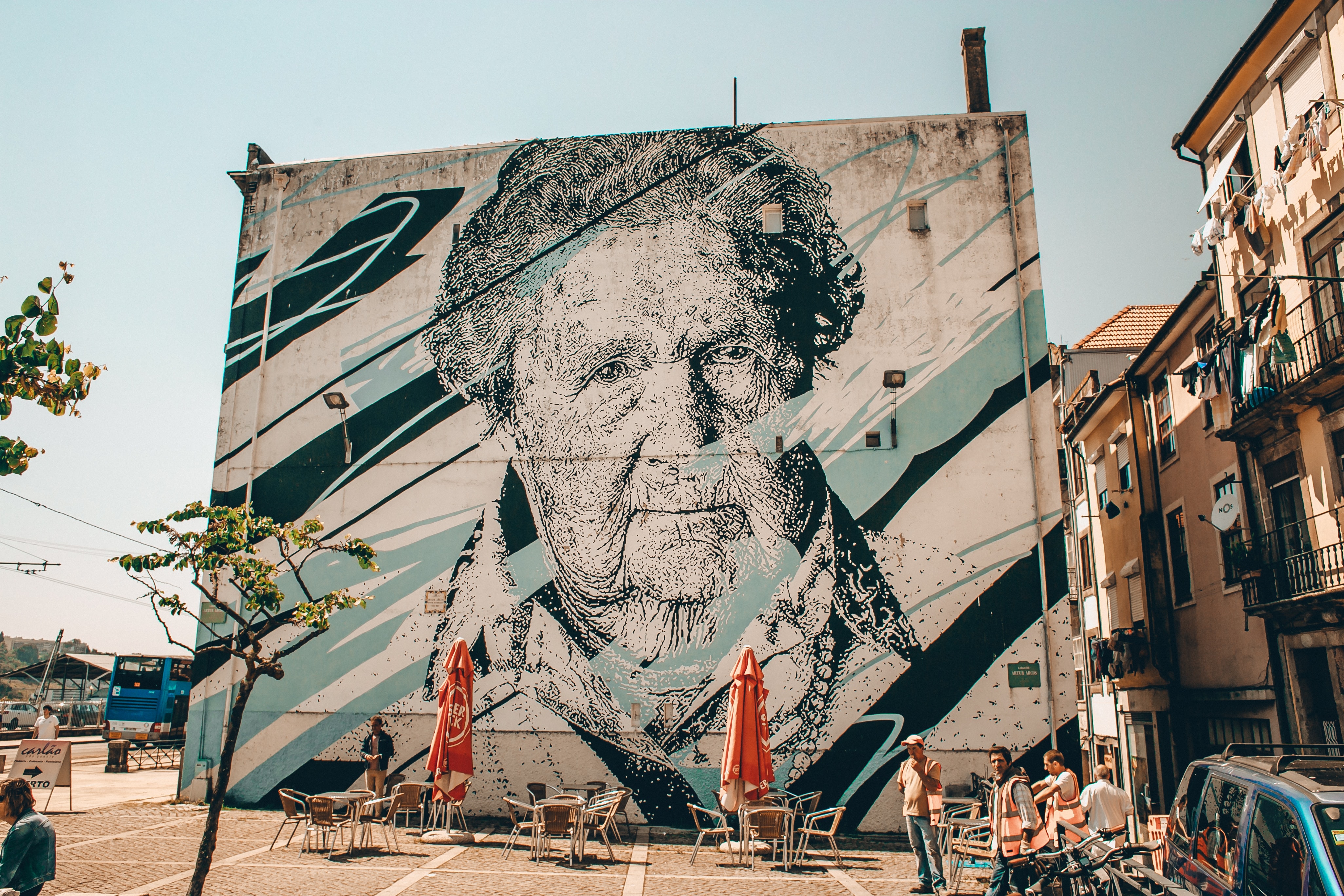 There are superb bars and rooftops, cellars with gardens that allow wine tasting, as well as restaurants with new summer menus that are amazing at this time of year! Are you ready to start the adventure? Fasten your seat belts and let's get started. 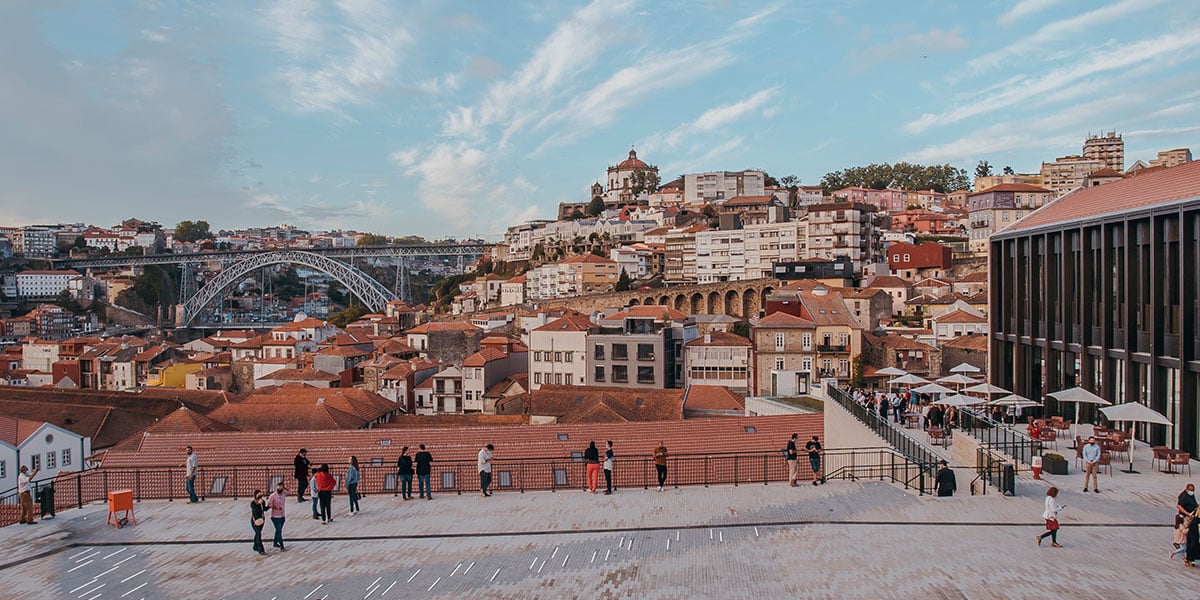 With one of the greatest sights in the city of Porto, this splendid cultural complex compiles some of the finest details concerning the city. Centering on the demystification of the history of Portuguese wine, cork, fashion, and chocolate, it reveals unseen details of the main industries in the region. In addition to all the educational factors, the cultural quarter is a picture-perfect place for a drink at the end of the day... get ready for the view, it's unique. 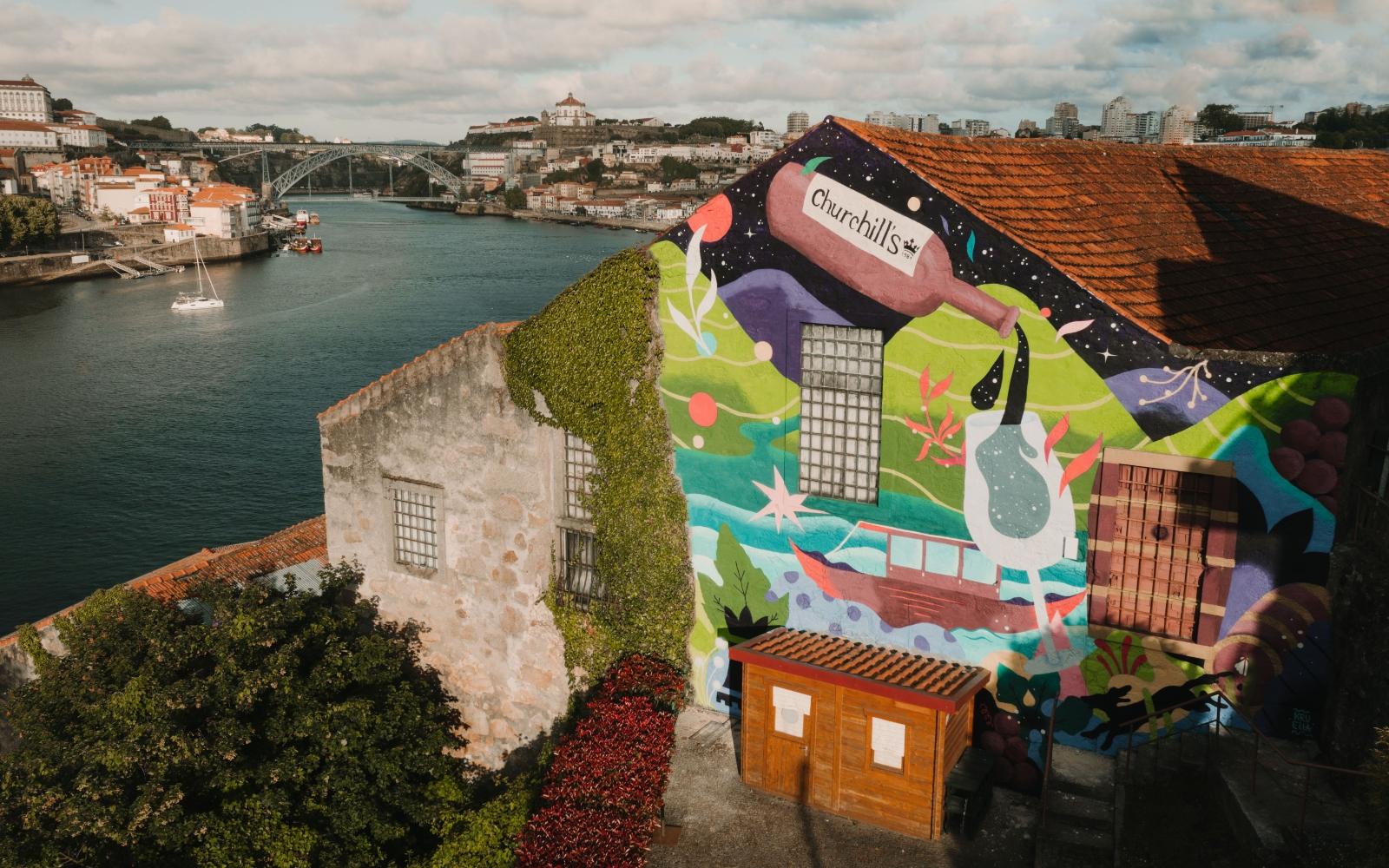 The Churchill Cellars, founded in 1981, is ideal for tasting Port wine, and after its beginnings, it quickly became a world reference in the wine world. The famed cellar recently opened a venue for cocktail tasting that has an edgy and unmissable view. The 1982 Bar, in Churchill’s cellar garden, in Vila Nova de Gaia, has a wine bar and an outdoor area, where you can enjoy the sun, nature, and the view of the Douro River. 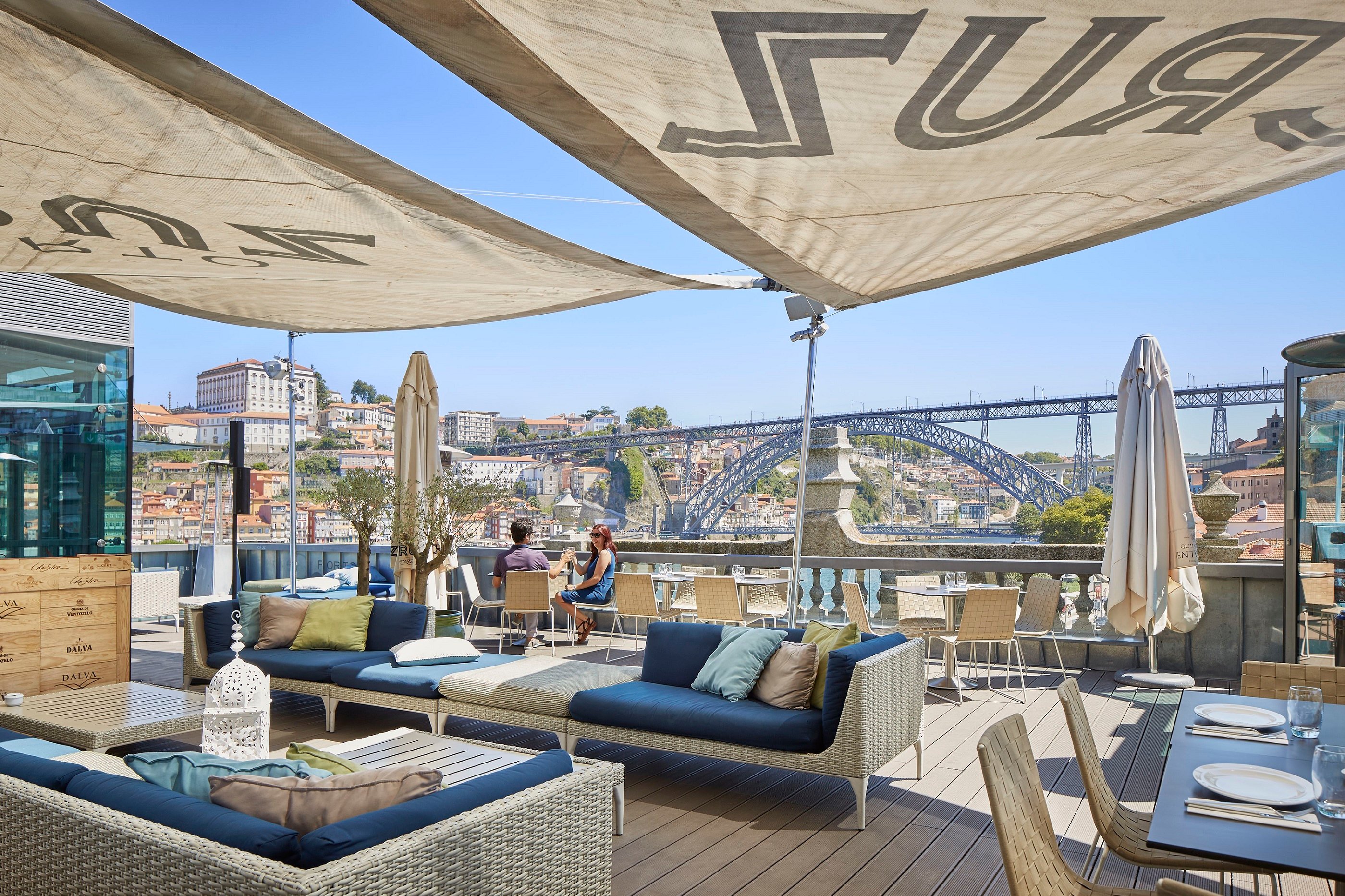 Born on the banks of the Douro River, near Cais de Gaia, Espaço Porto Cruz is a space that, combining modernity and tradition, aims to celebrate Port wine and the “crème de la crème” of Portuguese art and culture. Walking through the five floors of this iconic building, visitors of all ages and backgrounds will find many attractions, such as a permanent exhibition on the Douro region (featuring a sculpture by Pritzker-winning architect Siza Vieira), temporary exhibitions (with creations by famous artists Portuguese designers such as Ana Salazar, Luís Buchinho and Katty Xiomara), a fully-equipped wine tasting room, the restaurant DeCastro Gaia (by the renowned Chef Miguel Castro e Silva) and the Terrace Lounge 360°, a chill-out area located on the top floor, where you can taste creative Port wine cocktails while admiring a spectacular view over the banks of the Douro River. 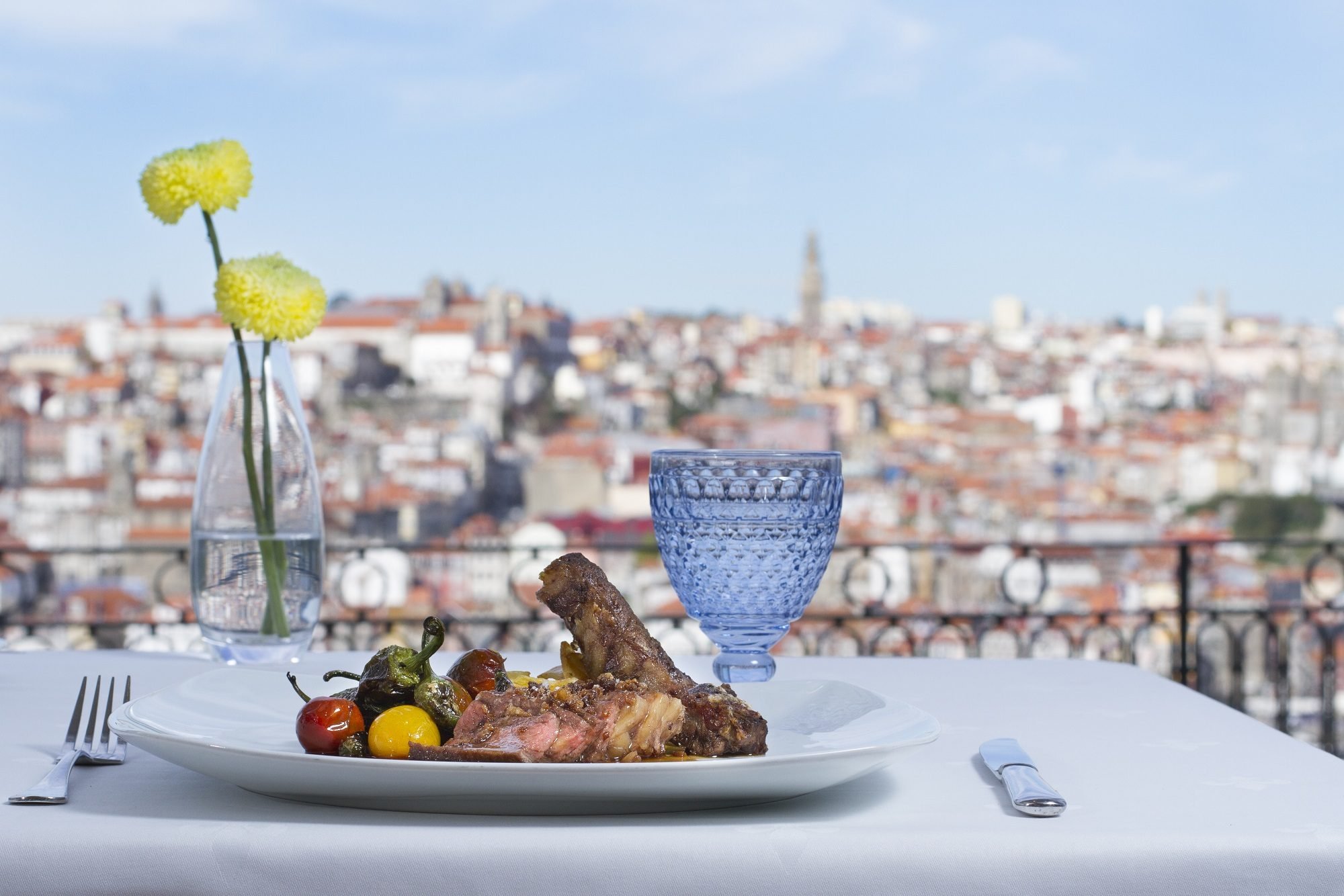 Located in the Winter Garden of The Yeatman hotel, it offers the top cuisine that characterizes this luxury hotel, but in a more relaxed version. The view over the city of Porto is already a classic, to which are added the gastronomic proposals of chef Ricardo Costa, recently nominated to integrate the list of the 100 best chefs in the world, and the breadth of the wine list in the cellar, which hosts one of the most complete and awarded collections of Portuguese wines. 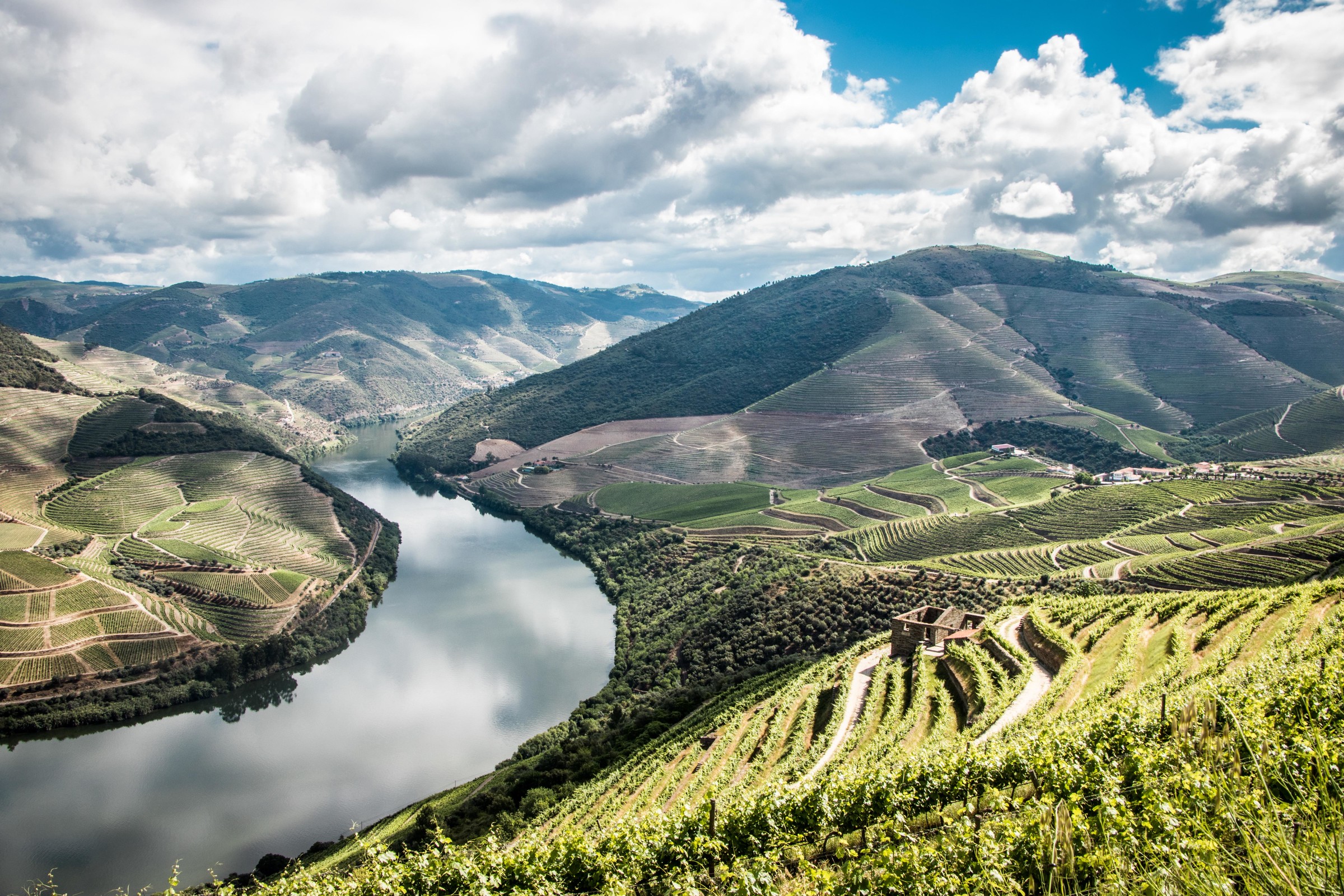 Quinta das Carvalhas is located in the municipality of São João da Pesqueira, with a predominant position on the slope of the left bank of the Douro River facing Pinhão. It covers the entire hill, extending to the top – which is occupied by the "Casa Redonda", a guest house visible from kilometers away – and also occupies part of the upper slope of the right bank of the river Torto. 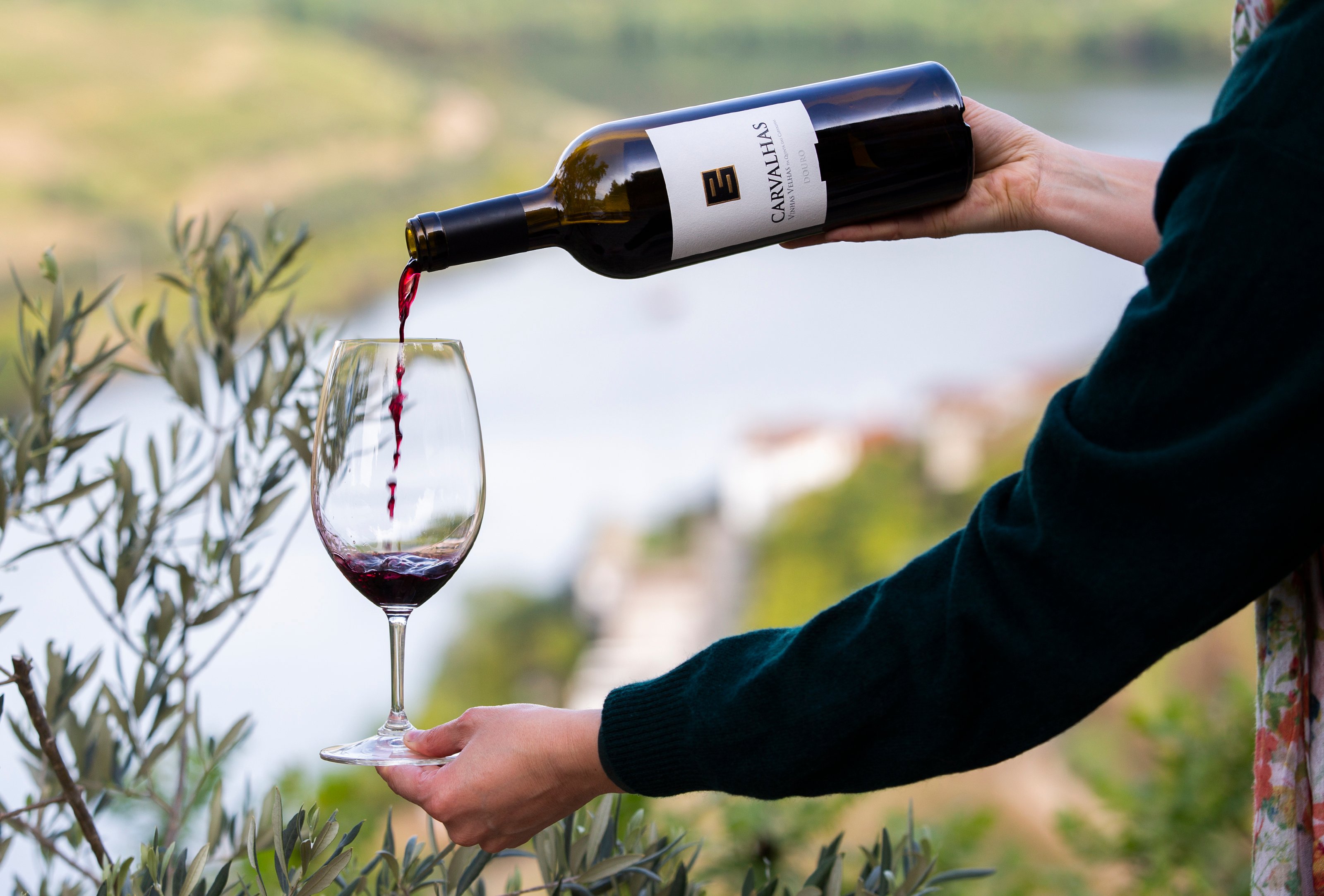 What if we were to offer you a guided tour of Quinta das Carvalhas, including a tour of the vineyard, open-air wine tasting, accompanied by cheeses and sausages, in which top-of-the-range wines were sampled, such as a white Carvalhas and a Carvalhas Touriga Nacional, and even a tempting glass of port, isn't it? To top it off, the estate features the Monte das Carvalhas, which is 550 meters high and is where you can enjoy a 360-degree view, is the "excellence" point for observing the property (and the Douro Valley). 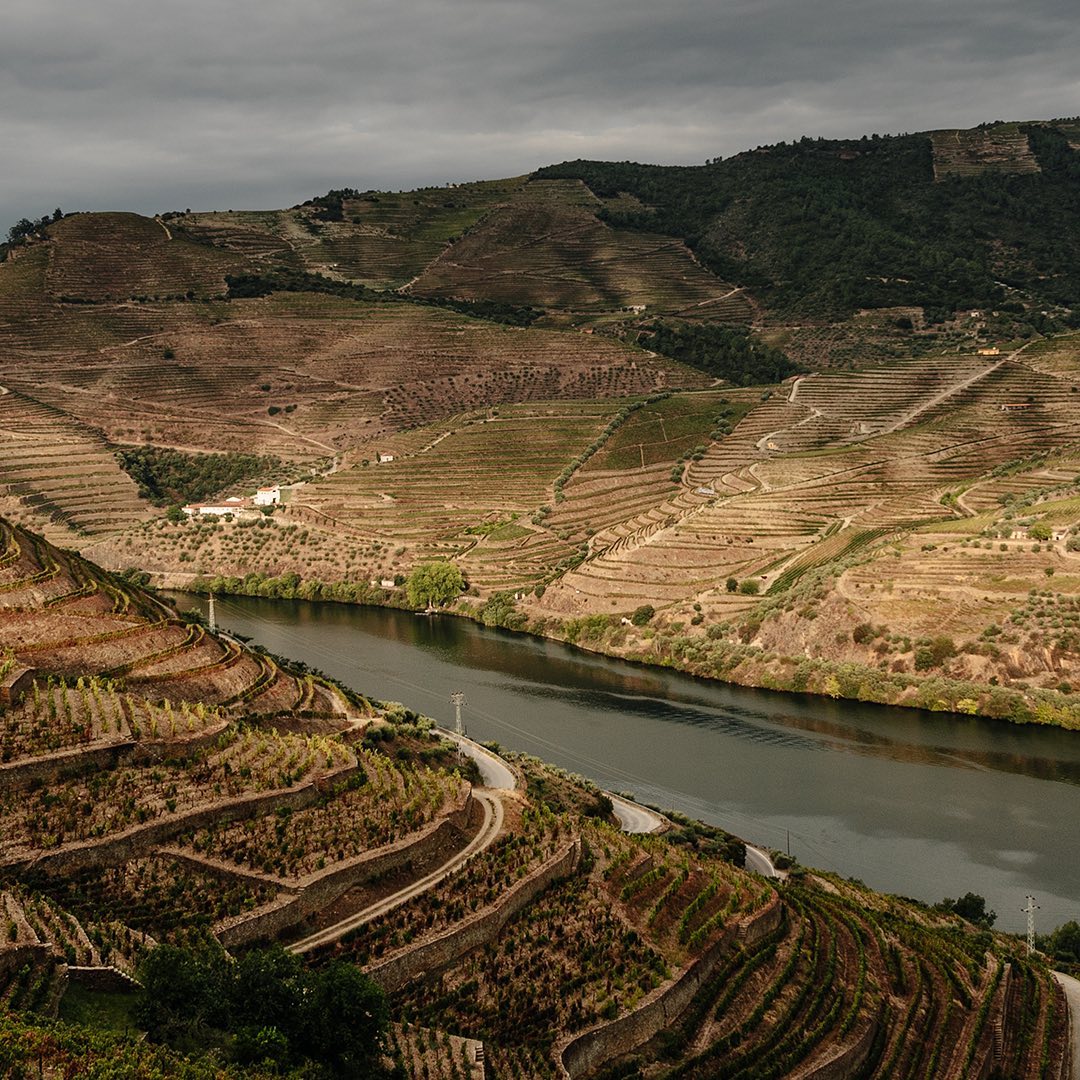 Quinta do Seixo is located in Cima-Corgo, in the heart of the Douro Demarcated Region. Following the Douro River from Régua to Pinhão, you can easily discover this old Quinta and its modern winery, perfectly integrated into the landscape. With a total area of 99 hectares, 65 of which are planted with traditional Douro varieties, Quinta do Seixo is one of the largest Sogrape Vinhos estates in the region, simultaneously producing Port and Douro DOC wines. 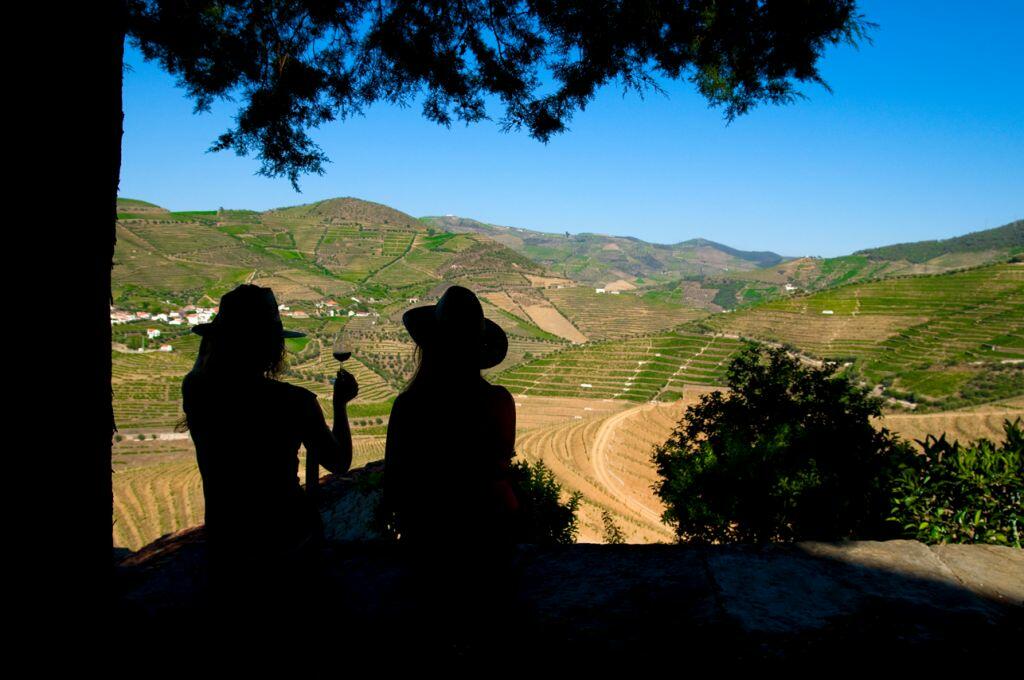 Following the Douro River from Régua to Pinhão, you can easily discover this old Quinta, from the 17th century, and its contemporary design cellar. The views are breathtaking, a magnificent landscape, shaped by Man in terraces and shale terraces, in surprising contrast with the brightness of the Douro River and the view of the picturesque village of Pinhão.

Member of the Lifestyle collection of Preferred Hotels & Resorts, the largest group of independent hotels in the world, Altis Avenida Hotel has just launched the new Rossio Gastrobar with panoramic views. 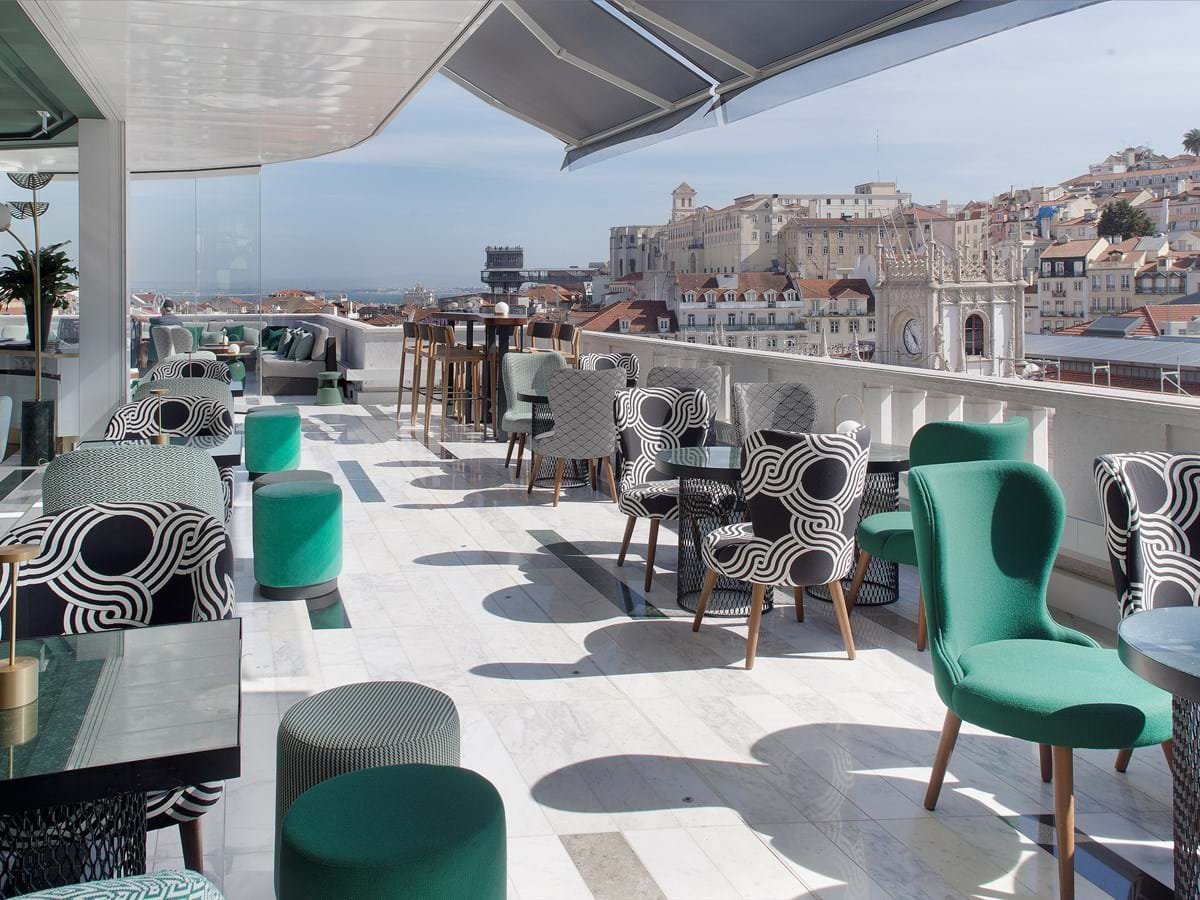 Located in the historic and commercial center of Lisbon, close to Avenida da Liberdade, the hotel has the concept of a boutique hotel, in the middle of a historic building representing Portuguese modernism, which has been fully recovered keeping intact ex-libris such as the facade, and the staircase, giving new life to a work by renowned architect Cristino da Silva. Rossio Gastrobar's casual concept menu was developed by João Rodrigues do Feitoria, the chef's restaurant in Lisbon with a Michelin star, and is focused on two things: respecting the product and the seasons. 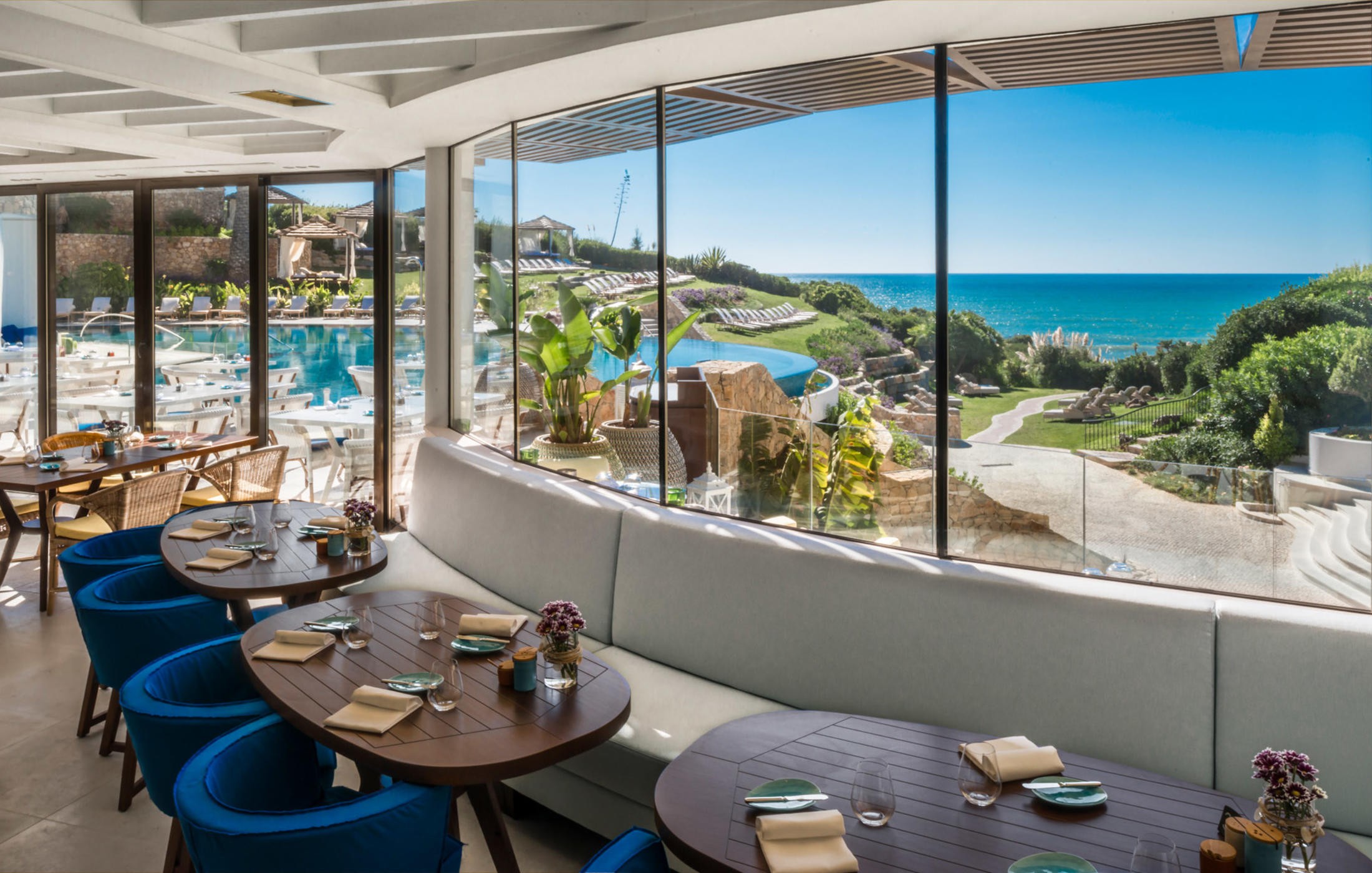 Luxury hotel restaurant Vila Vita Parc Resort & Spa won the title of "The Global Restaurant of the Year 2021" at The World Luxury Awards. In an elegant and careful environment, memorable gastronomic experiences are lived here, based on appealing gourmet menus prepared weekly, to which a remarkable selection of wines and a service of the highest level are added. The restaurant was awarded two Michelin stars in 2021. 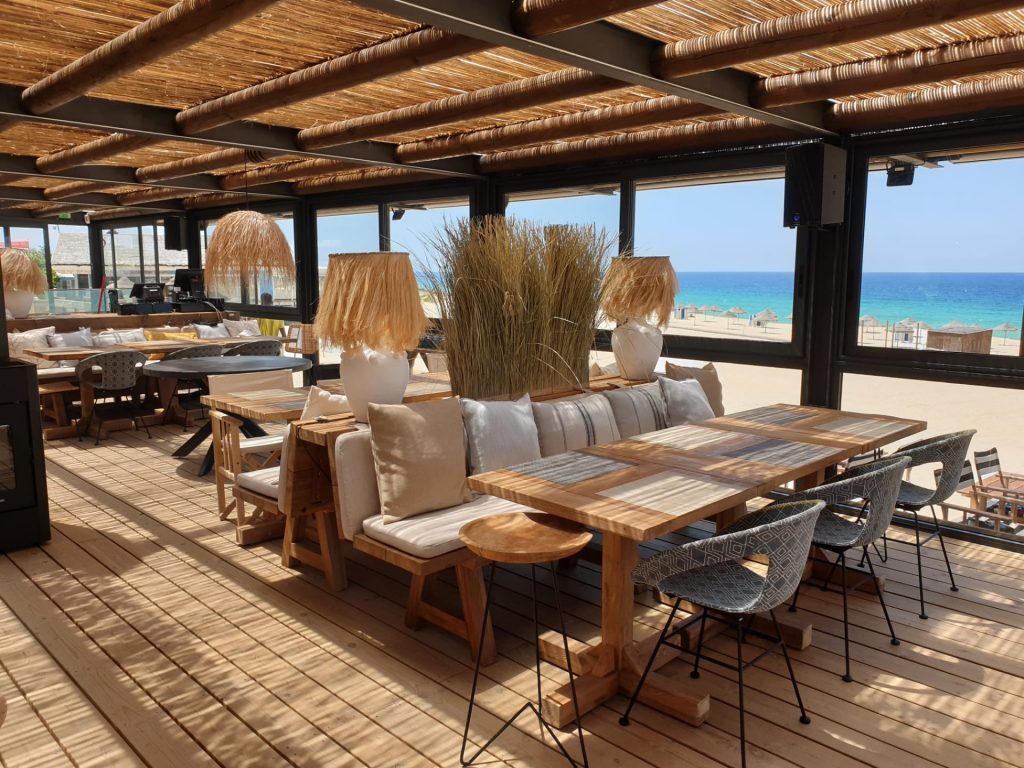 Just ten minutes from the hotel, this new favorite spot is located on one of the most impressive coastlines in Europe and on one of the most beautiful beaches in the region – Praia do Carvalhal. Imagine a beach hut with a contemporary and more sophisticated look, but which manages to maintain a relaxed spirit. This is the Sublime Comporta Beach Club, where F Luxury was invited to experience this truly enchanted place, close to the Atlantic coast. With architecture by José Alberto Charrua and interior design by Andringa Studio, Sublime Comporta Beach Club has several different spaces where inspiration comes from the sea and the dunes.

Discover the Hidden Gems of Comporta in Portugal 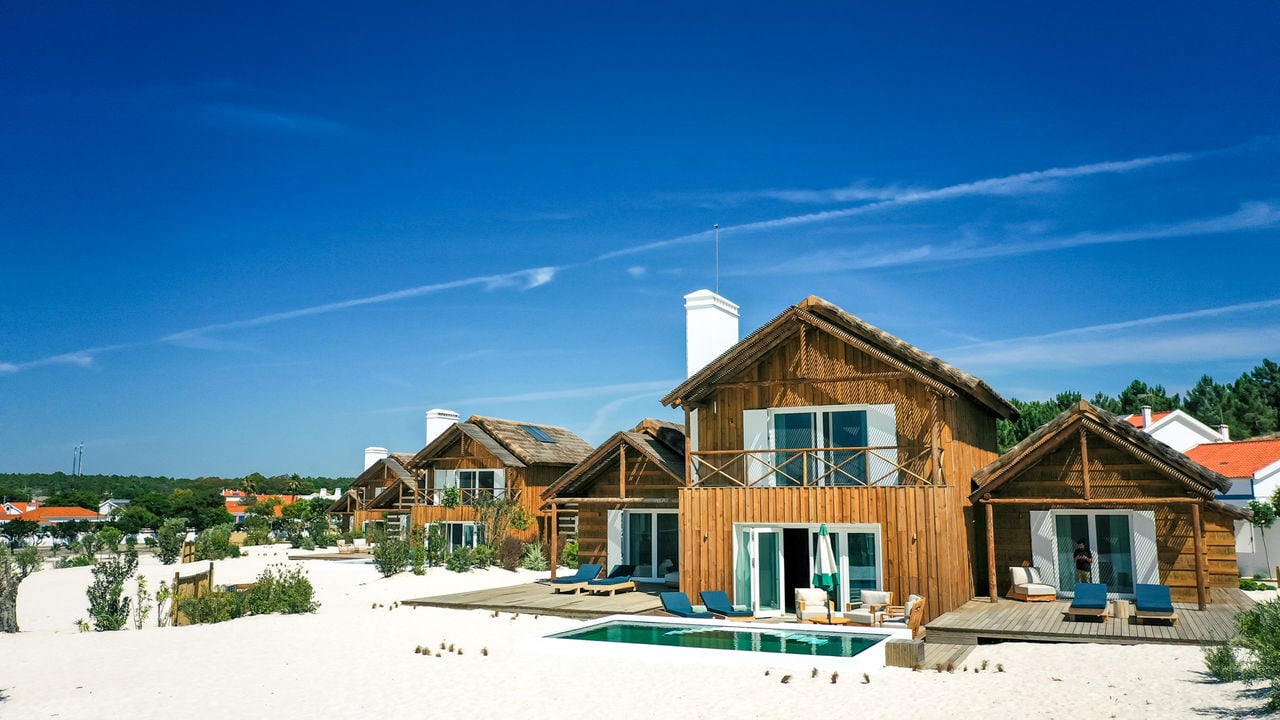 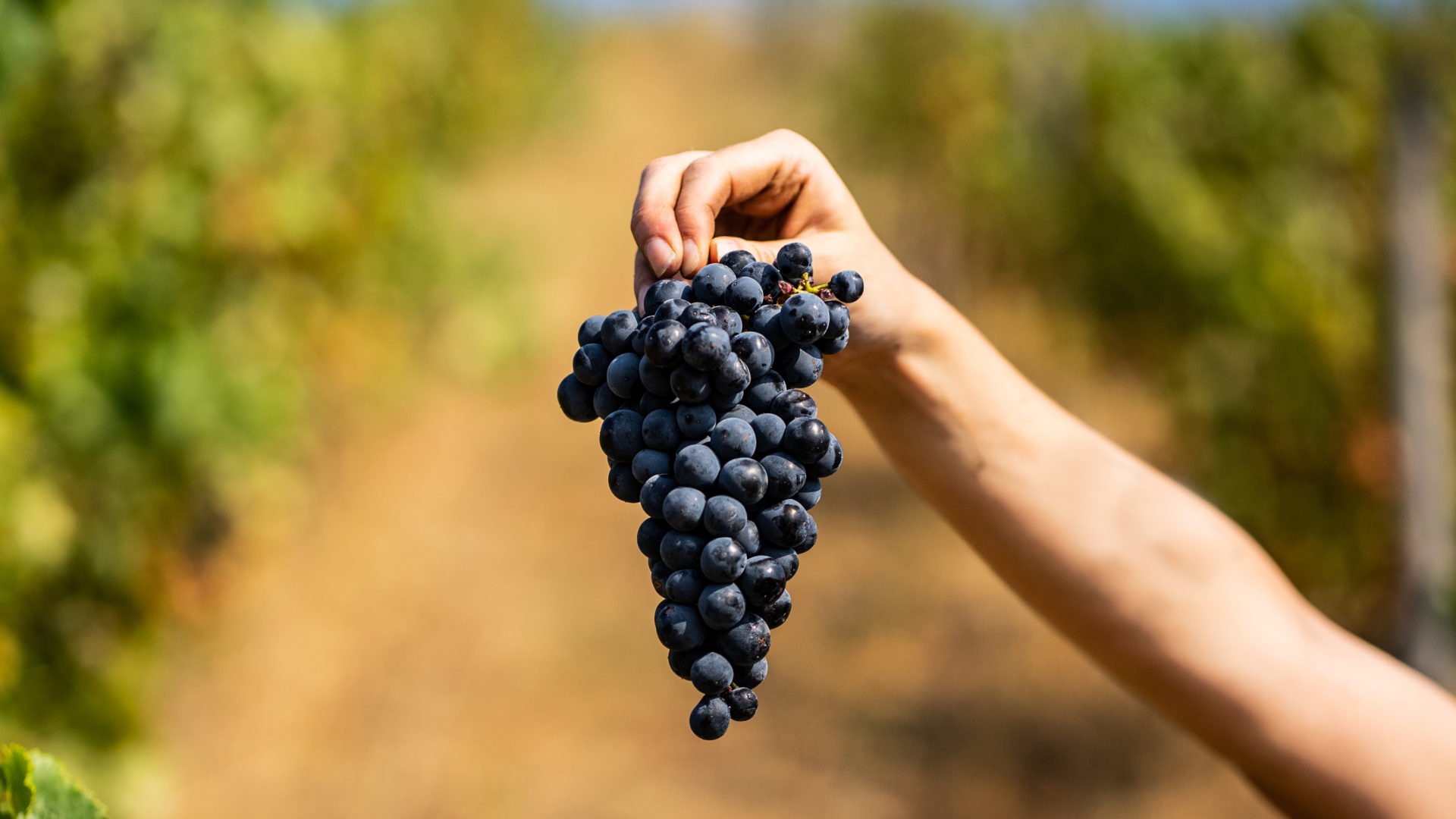 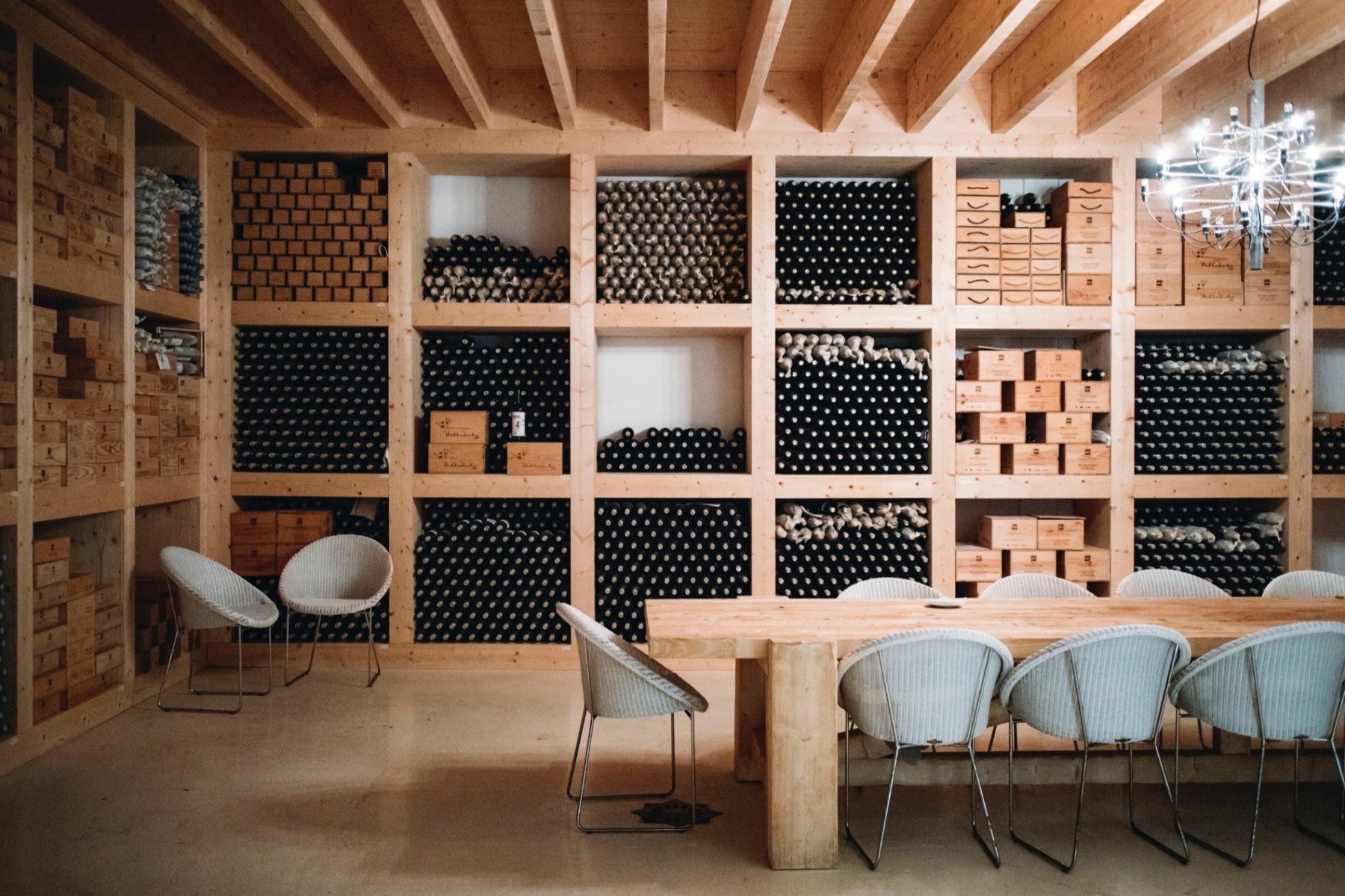 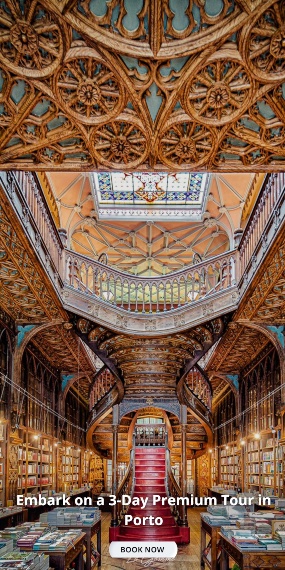