Reguengos de Monsaraz is a small place in Portugal’s interior, bordering Extremadura in Spain. The town is situated 174 kilometres southeast of Lisbon. Driving there means flying low the first 130 kilometres on a highway, then the pace slows down significantly. From Évora, the regional capital, a provincial road winds through fields with olive trees and cork oaks. 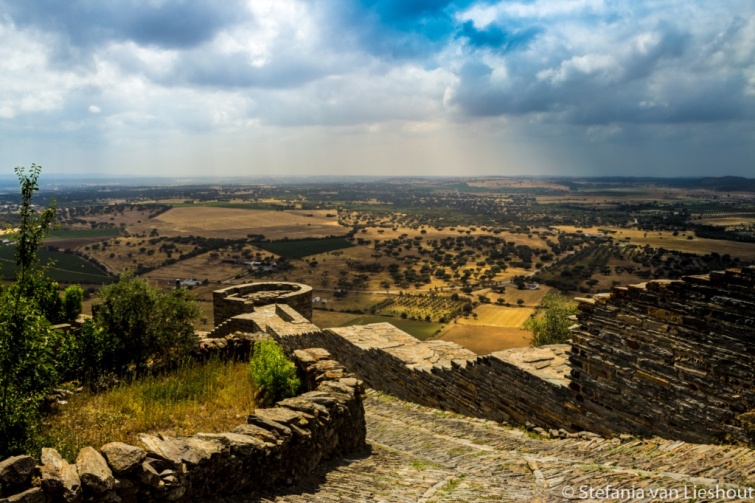 With every kilometre moving away from the capital, time seems to take a step back. The landscape becomes increasingly empty; well that is not counting the stork nests. Three, four, sometimes five pairs populate the surrounding trees. The birds keep watch over the red soil, gray boulders, the gold of the newly harvested fields, cows, donkeys and nose-diving eagles.

Wine Capital of Europe in 2015

Finally arrived at the destination, the first thing I notice is the twittering birds. The Portuguese are clearly a lot more talkative than their Dutch counterparts. They seem to be everywhere I go in the next few days. Maybe that's not so strange in a town with less than 12,000 inhabitants. In terms of numbers this is not a big city by any standard, but what it lacks in population it compensates in surface area. We are talking Rural with a capital R.

Reguengos de Monsaraz covers an area of ​​465 km², for comparison, this is more than double the area of ​​Amsterdam. That is a lot of land to plant grapes and it shows. This must be one of the reasons why this place was selected European Wine Capital 2015, taking over the crown from Spanish Jerez de la Frontera in 2014. 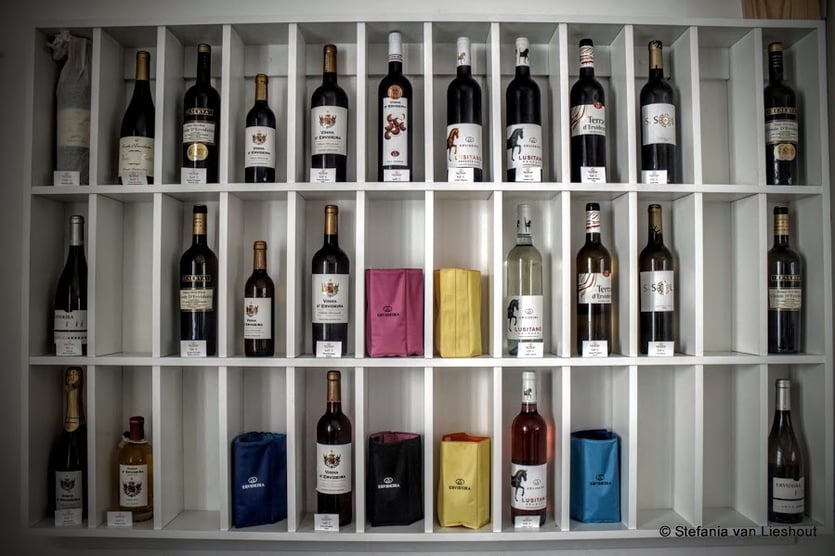 Yes, the Reguengos transformed their share of mother earth to suit their needs, but at the same time they paid attention to the natural equilibrium. This manifests itself in many ways: the environmentally sustainable way the vineyards are managed; The Dark Sky Project against air pollution; the pottery which is still handmade and the restaurants that grow their own produce. Even the artificial lake that was created in 2002, is at least in the eyes of local residents, a plus for the environment.

Also on the Esporão estate, one of the major wine producers of the region, the management believes in the value of investing in conservation. Mainly because of selfish reasons, as the guide explains:

“What one gives to nature, one automatically receives back.” 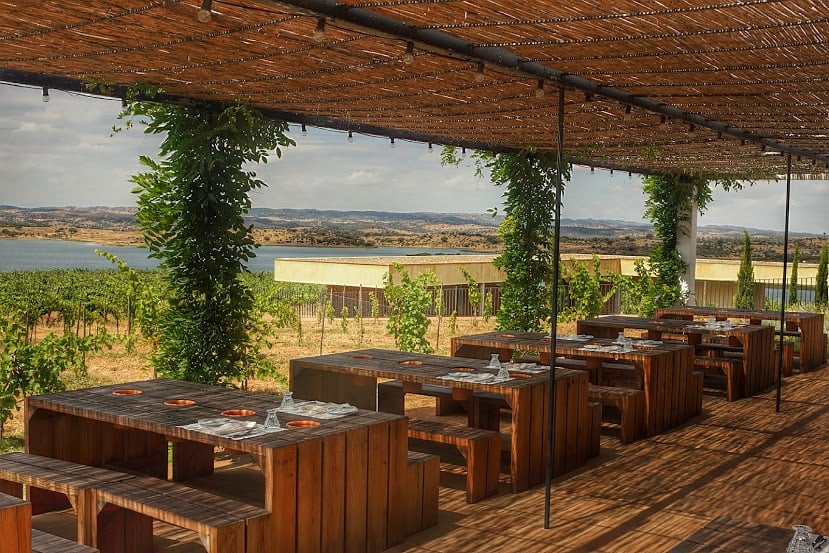 In the last couple of years the company scarified valuable agricultural land to restore as much as possible the original vegetation. Now the trees and plants protect the vines against the force of wind. Moreover, due to the revived ecological balance the estate hardly uses any (organic) pesticides. This improves the quality of the end product and, ultimately, benefits us, the consumer. 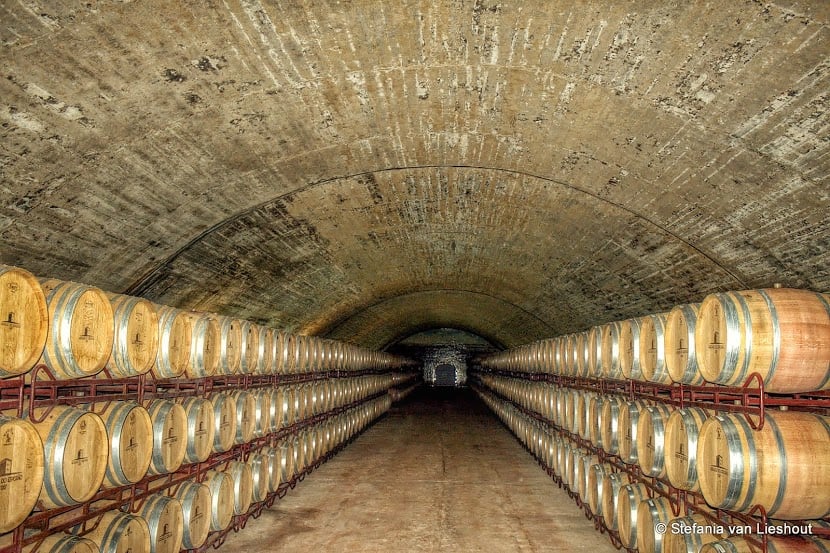 Winery at Herdade do Esporão

The company goes even one step, or rather many steps, further. Part of the harvest is still crushed by human feet using traditional vinification methods. Only the best grapes are eligible for this labour-intensive process. The use of human labour instead of machines benefits the taste of the resulting sap as the pits are not crushed into the juice. But of course, it is more expensive to produce in a traditional manner. These types of wine are therefore more exclusive and as we all know exclusivity comes with a price.

Luckily the area offers options for every type of budget, like a night sky which anyone can afford to see.

The ‘Dark Sky Project’ is another environmental success story. The region received the world's first ‘Starlight Tourism Destination Certification' because of the quality of their night sky. The clear nights, mild temperatures and low air pollution make this area ideal to gaze at stars. Around the reservoir (see explanation below), the Alqueva Dark Sky Route includes accommodations, dining and night activities, including boat trips, safaris and, of course guided stargazing trips. The Dark Sky Project is  sponsored by UNESCO and The World Tourism Organization.

The Alqueva lake is a giant reservoir, the largest in Western Europe with 250 km², created by human hands. On and around the lake are many nature related activities on offer: water sports, horseback riding, bird watching and stargazing. 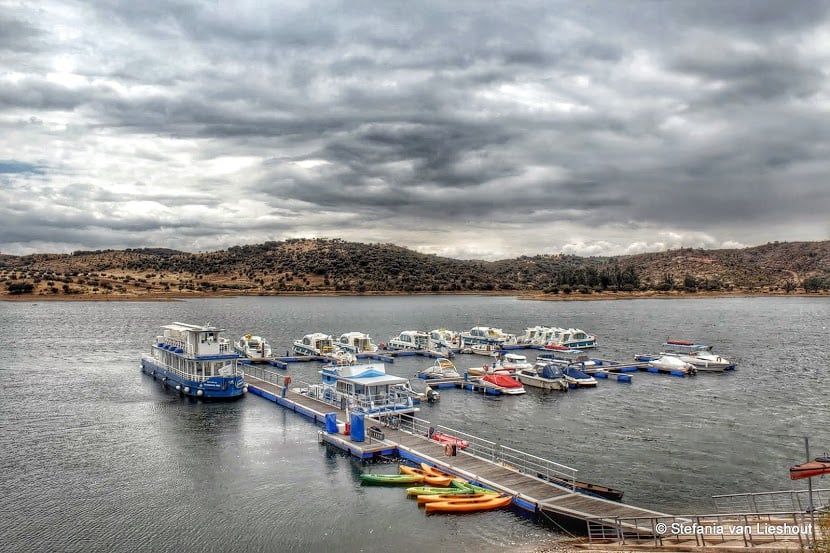 One of the most interesting places to keep a night watch is Cromlech of Xerez, a megalithic stone circle. For the archaeological uneducated this is a mini Stonehenge. The monument is at least five thousand years old and consists of fifty granite menhirs, which range in height from 1.20 m to 1.50 meter. These are arranged around a centrally placed four meter high pillar. In this place nature meets thousands of years history, or more accurately taking into account the age of the stars, billions of years.

Although Cromlech of Xerez is just one of the one hundred and fifty archaeological finds in Reguengos de Monsaraz, this one has a special history. Due to the construction of the dam and reservoir, it was decided to move the structure to a field next to the monastery Orada (Telheiro) in order to preserve the site.

The Convento do Orada, a former convent is now owned by a foundation. The Order of the Discalced Augustinians in 1741 were the first inhabitants, they remained here until the early 19th century after which the building fell into ruins. The foundation decided in the early ’90 of the last century to restore the property, using ancient techniques. Unfortunately, the monastery is yet once more run down because of lack of financial resources.

The building is a stone's throw uphill from Monsaraz. 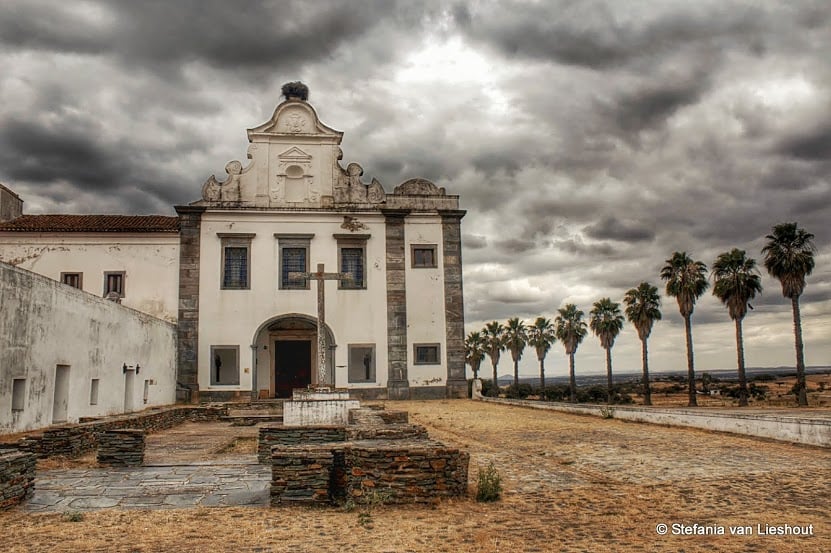 Monsaraz, one of the parishes of Reguengos, is a wonderfully preserved medieval town, surrounded by walls and protected by an imposing castle. From the mountain one has a 360° view of the surrounding plains and reservoir. In its heyday, the town had five hundred people, now there are only about sixty inhabitants left. The place boasts four churches, two museums, a number of B & Bs, a castle, shops and restaurants. The castle has a special courtyard, now used as bull ring, every second Saturday of September and for a biannual music festival. 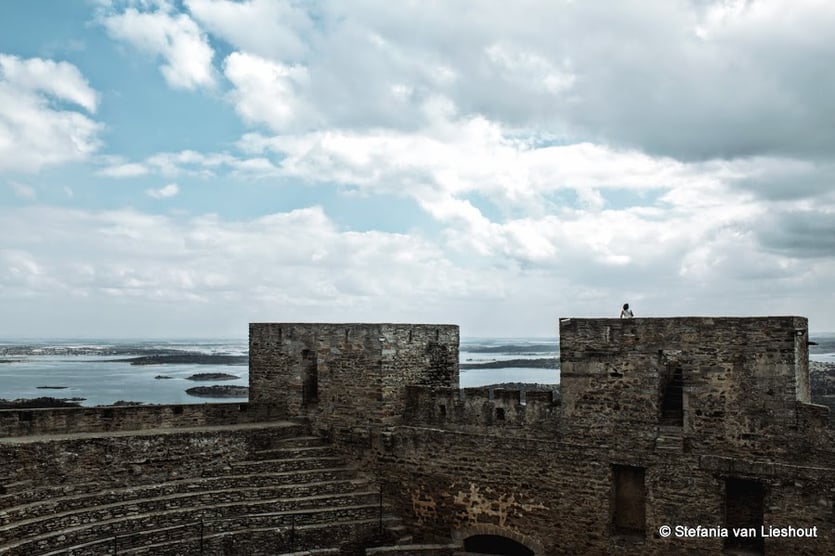 One of the museums is the world-famous ‘Museo do Fresco', named after a mural from the XV century. The fresco shows a bad and a good judge. The painting was discovered in 1958 during restoration work and is particularly well preserved. Another village that belongs to the municipality of Reguengos is São Pedro do Carval.

The majority of the Portuguese handicraft pottery is produced in this village, where one can find no less than 22 potters. In the summer of 2015 a visitor centre will open in an old pottery factory. Fun fact, the murals in the visitor’s centre were created by Gonçalo Jordão, a Portuguese who has worked on the set of the Oscar-winning Grand Budapest Hotel film. 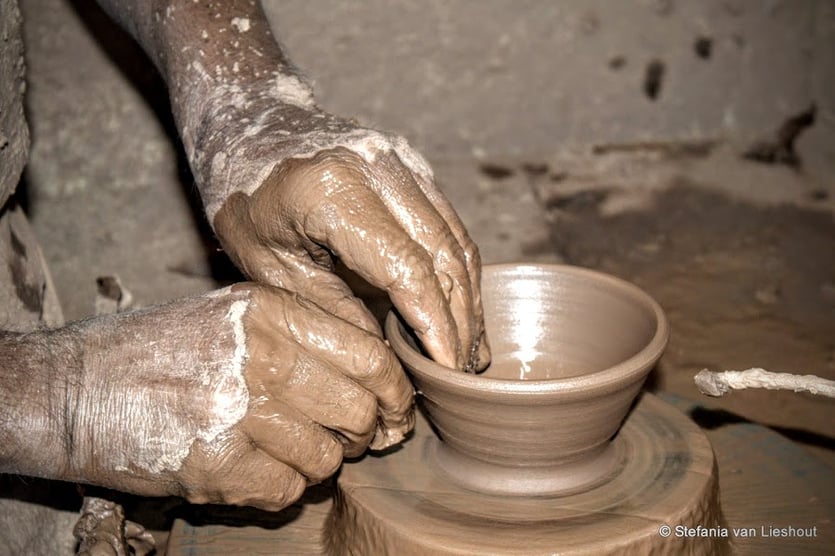 So, once you are back into ‘civilization’ for those who have not seen the movie, definitely check it out. In the meantime enjoy your stay.

Stefania is Dutch, lives in Malaga, in the south of Spain from where she travels the world when time and budget allow her to do so. She shares her multiple passions for gastronomy, the great outdoors, nature, culture and history on her Dutch award winning travel blog
Facebook Twitter

10 Wineries you can't miss in Alentejo 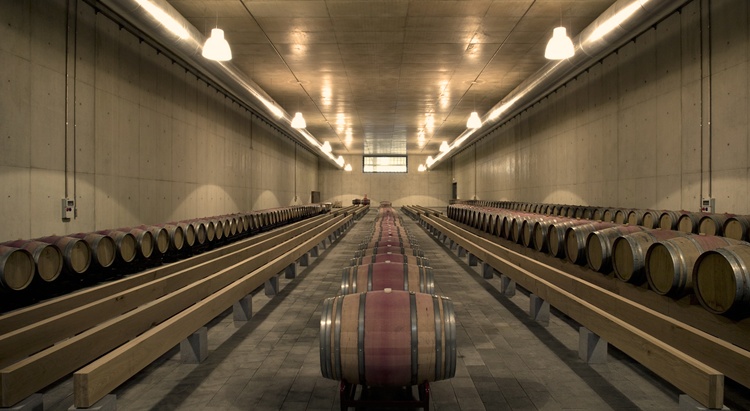 A Luxurious Escape Between Lisbon and Alentejo 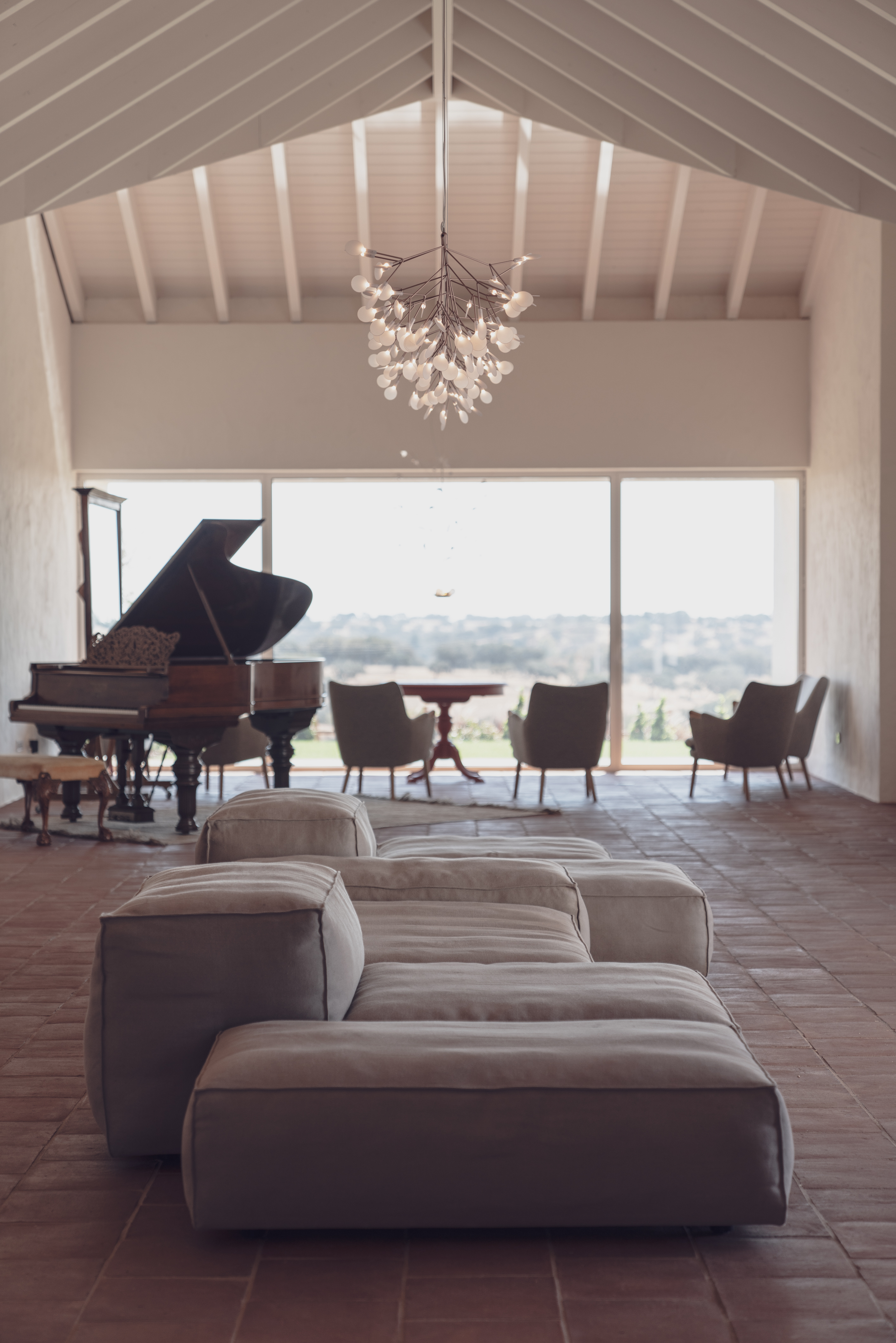 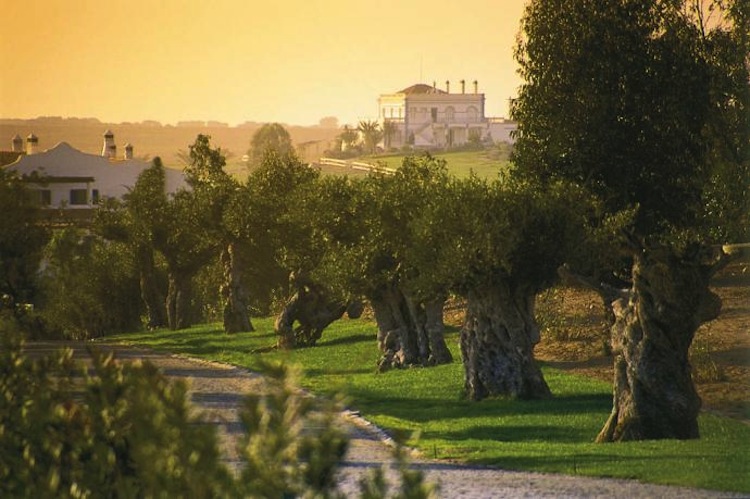