The Most Instagrammable Places in Portugal

It is imperative to look for the best places to visit when discovering a new country. Portugal is a vast and heavenly place, making it an ideal target for digital content and vacations. More people dream of quiet, private destinations with a touch of luxury and culture. What is better than Portugal? For those endlessly looking for the best places to take pictures, look no further. Today we bring you the best selection of places in Portugal, with good wines and even better views! 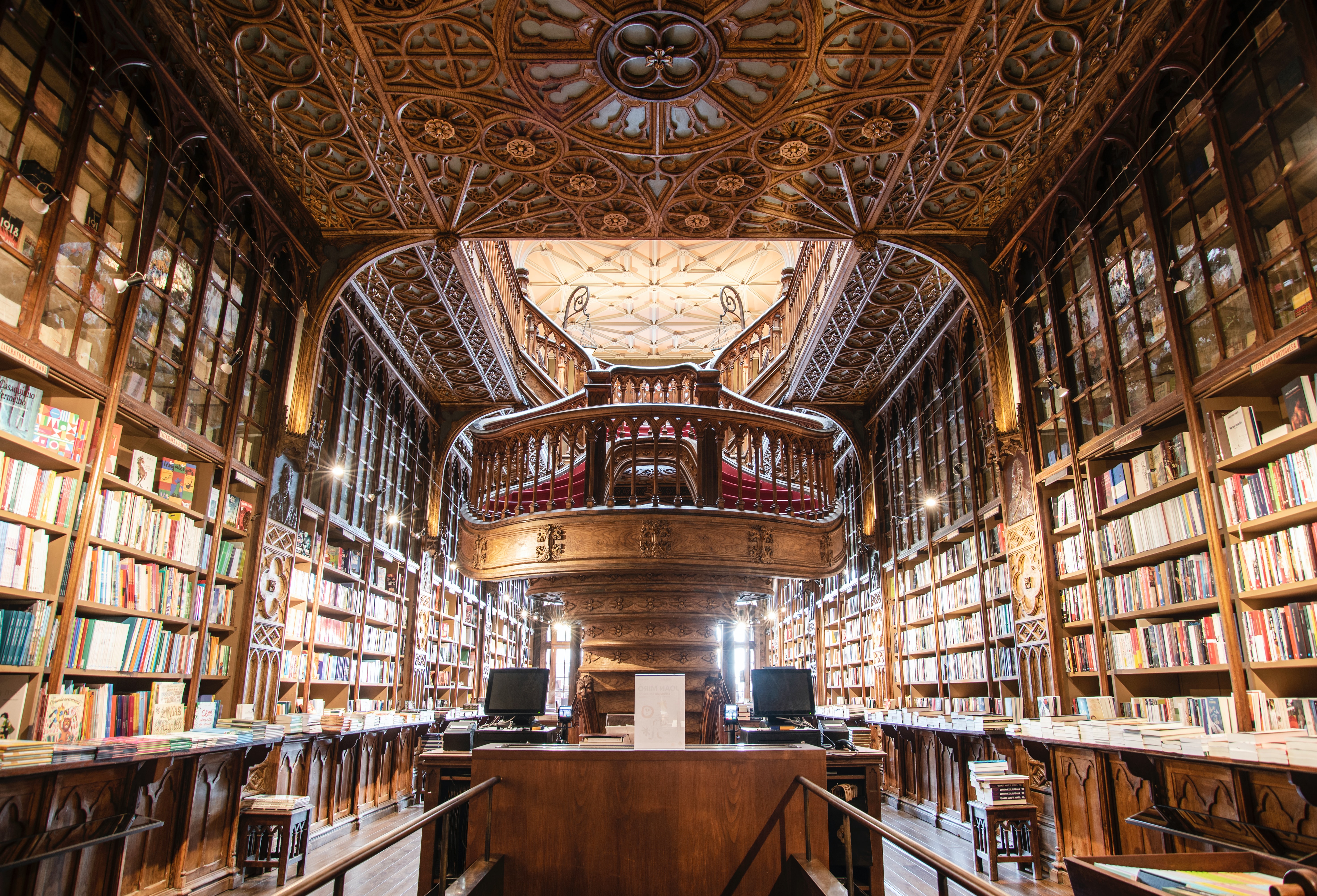 Lello bookstore is known for being one of the great inspirations of writer J.K. Rowlling for her famous and iconic Harry Potter books! This emblematic place in the city is considered one of the best in the world in its sector and is located in the historic center of Porto! 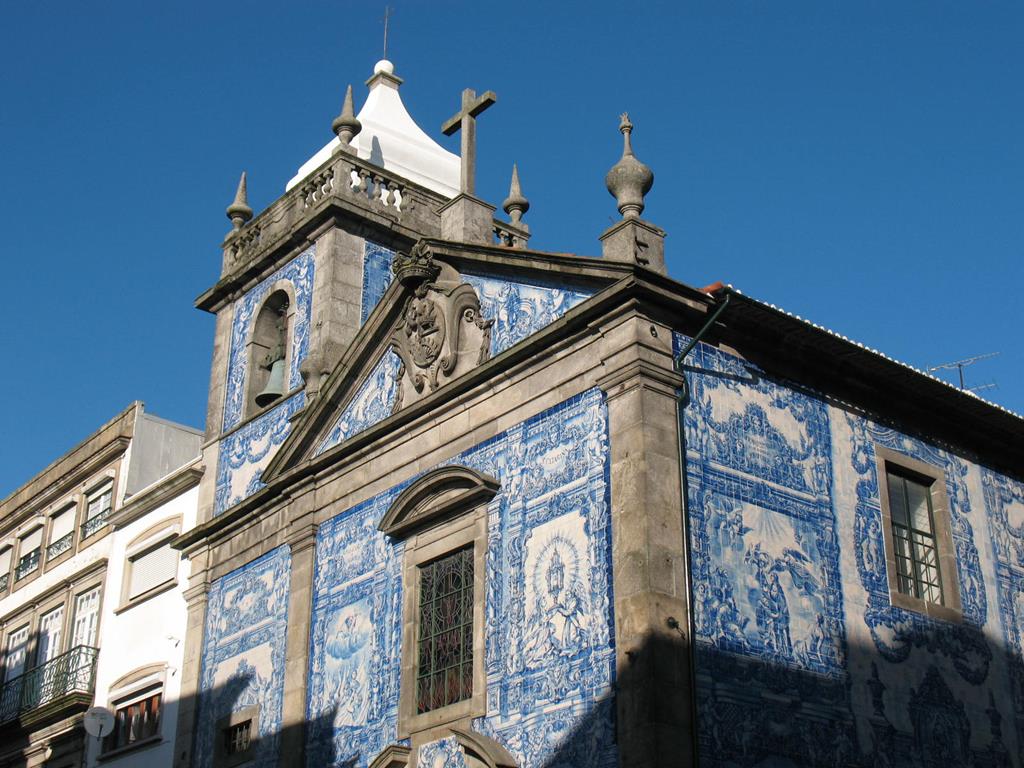 Located at the top of Rua de Santa Catarina, one of the most commercial and traditional streets in the city of Porto, Capela das Almas represents Portugal in its splendor. Tile is one of the arts we are most proud of and is the factor that sets this chapel apart from many others. The chapel's cladding is currently made up of 15,947 tiles covering around 360 square meters of wall. 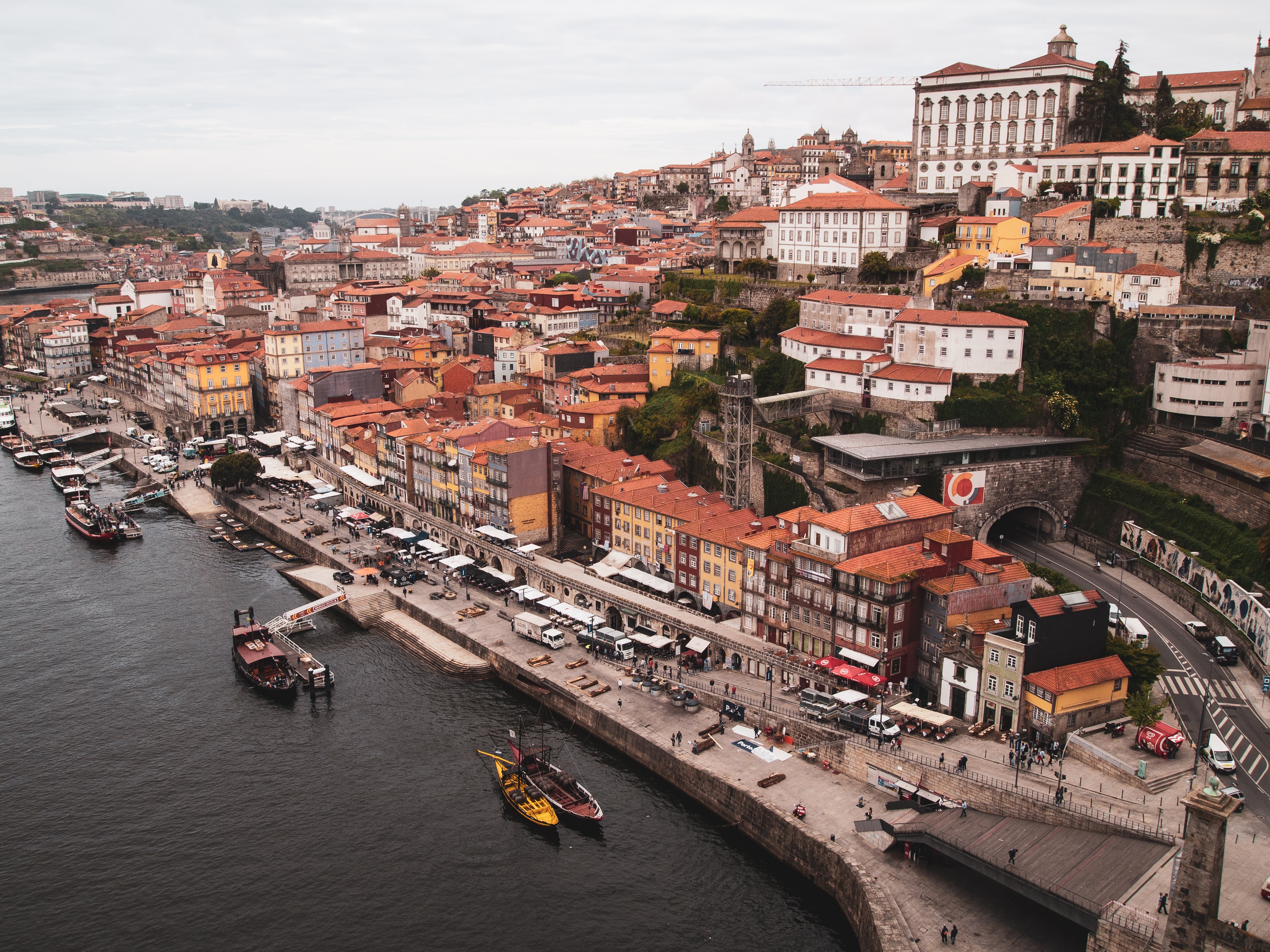 This is one of the most typical places in the city of Porto. Currently, it is a concentration area for tourists and locals due to its wide selection and offer of restaurants and bars, it is also one of the best places for wine consumption. It is where some traditional Rabelo boats dock and it is one of the most beautiful views in the entire city. 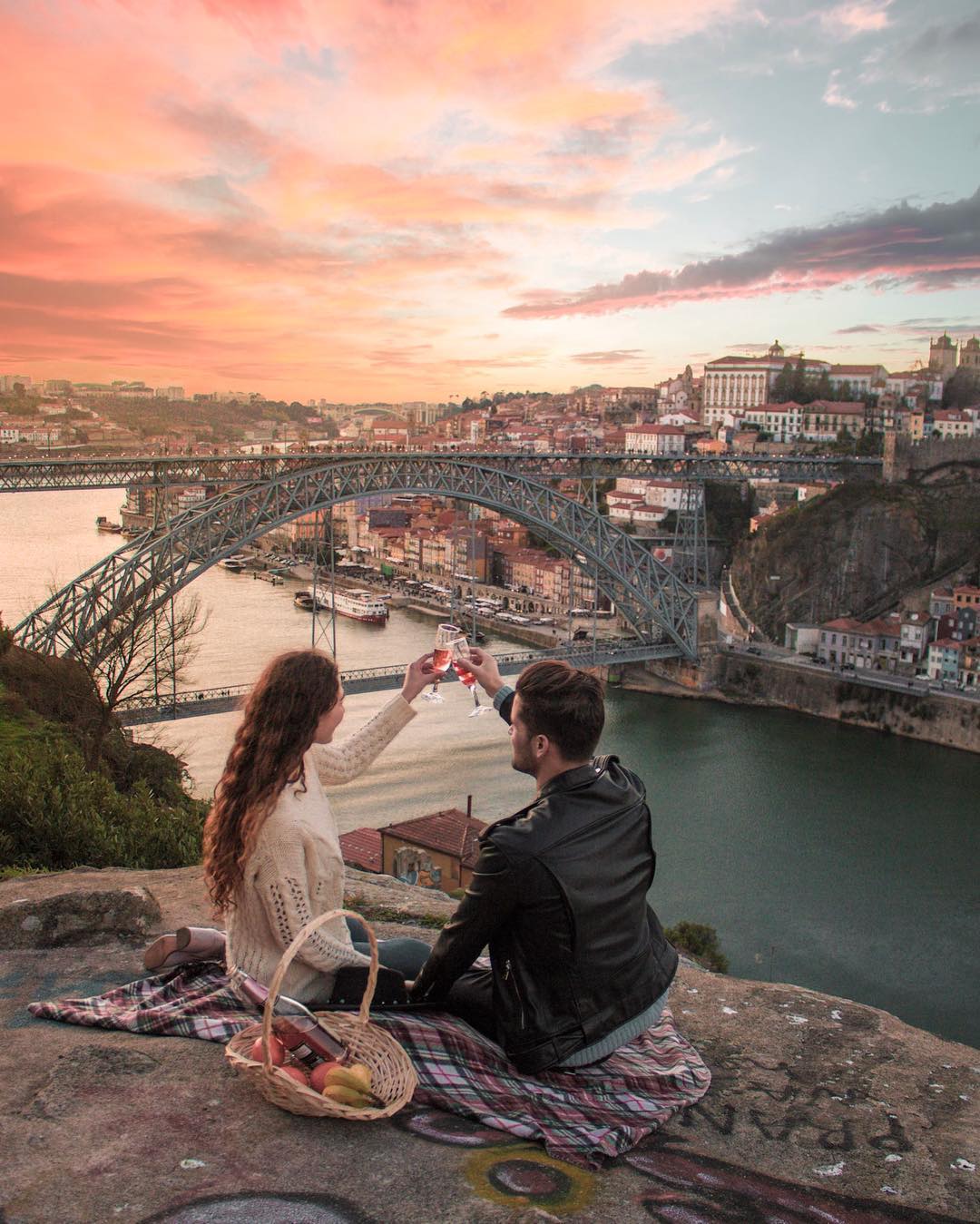 It is a kind of secret viewpoint, near Serra do Pilar, in Vila Nova de Gaia, and next to the D. Luís I bridge. The D. Luís I bridge is one of the most iconic symbols of the city of Porto. It is 395 meters long and was built to replace an old suspension bridge that existed there. The famous iron arch is considered the world's longest wrought iron arch. The bridge was designed by the Belgian engineer Teófilo Seyrig, one of the disciples of the French architect Gustave Eiffel — responsible for the Eiffel Tower in Paris, France. This viewpoint became known in Portugal after being shared on the networks by influencers and well-known faces in the country. 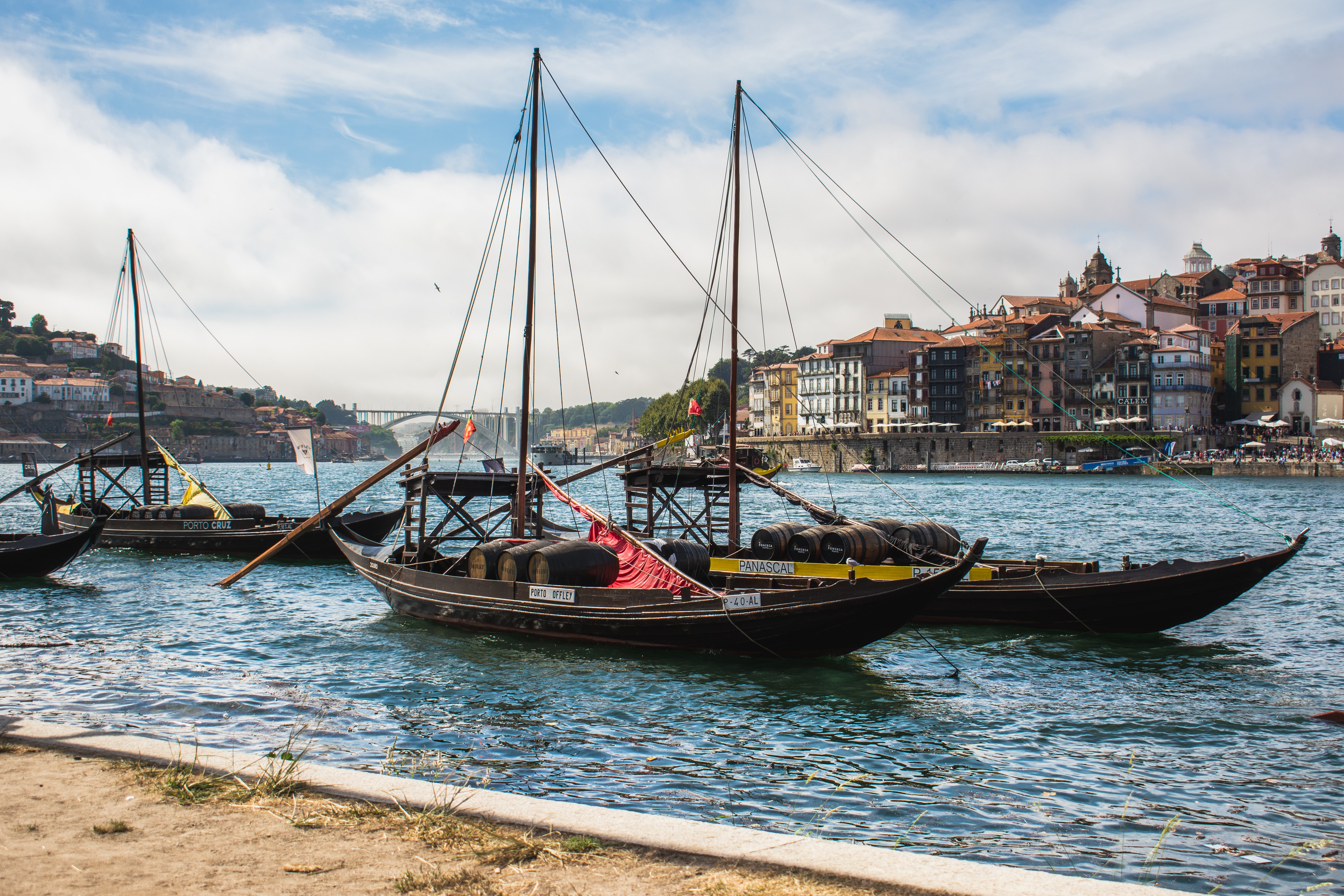 An emblematic place in the history of Port wine, the Gaia Peer (Cais de Gaia) is one of the most beautiful places for wine lovers (and beyond). Traditionally the place where the Rabelo boats that brought the Douro wine disembarked, it has become the preferred place for Port wine tastings and has a wide range of cafes and restaurants! 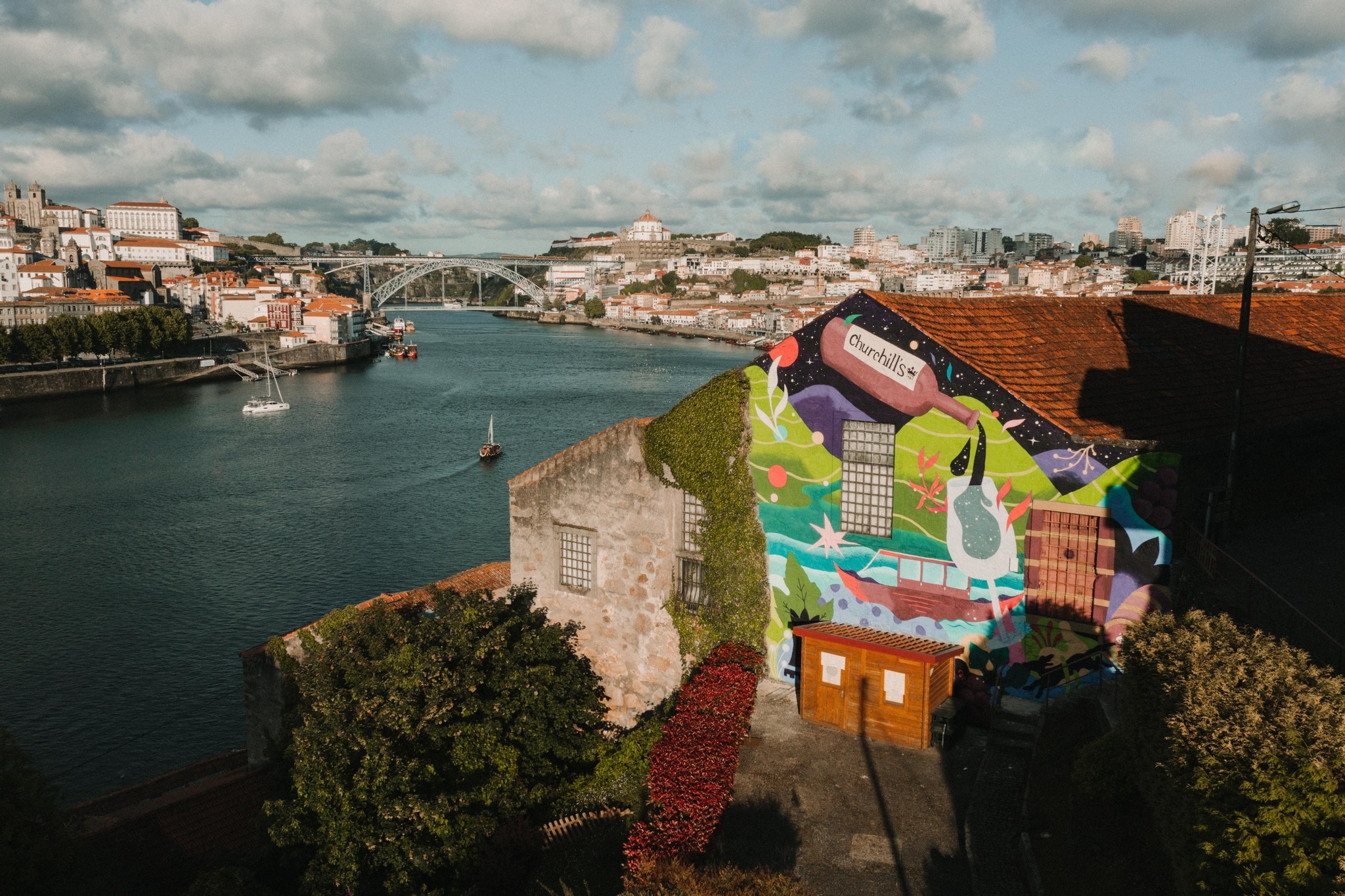 Port wine is known all over the world, and it's in Porto where you can taste it from its origins. The cellars, in addition to being historical, are beautiful places for photographs. The offer of cellars is endless, see here some options in the city. 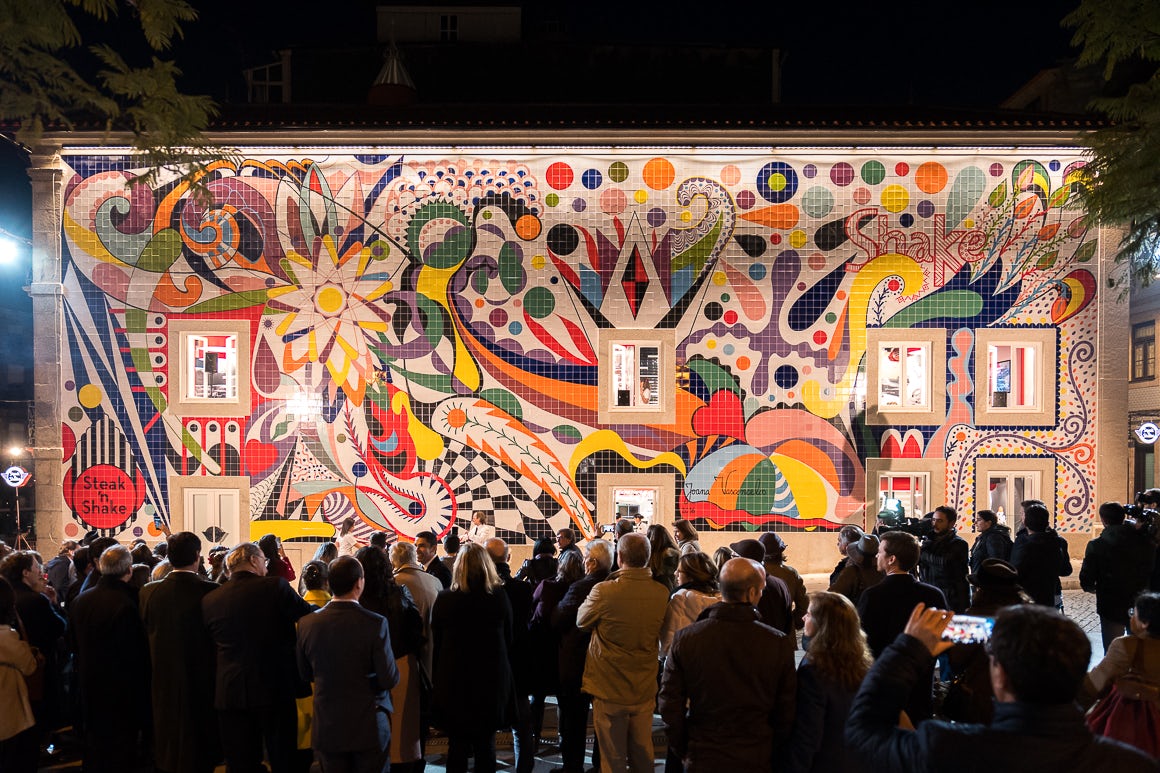 The mastermind behind this wonderful work of art is Joana Vasconcelos, one of the most famous artists in Portugal, who has her name around the world (the artist counts on a collection with Roche Bobois, had multiple collections in Paris, exhibitions in São Paulo Brazil, and numerous participation at Art Basel in Miami. This mural, hand-painted by the artist, is about 20 meters long and has a total of eight thousand tiles/azulejos! 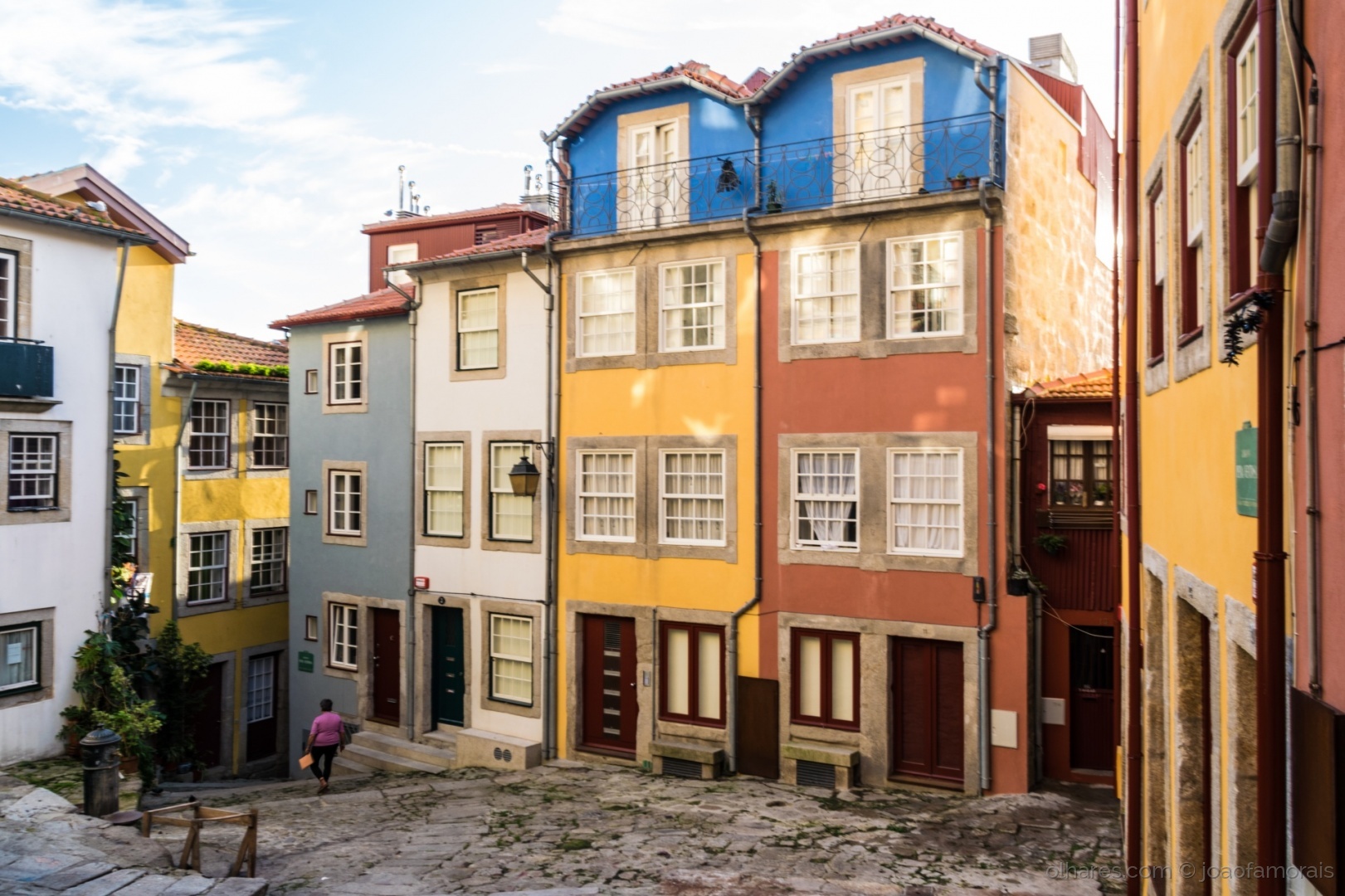 In the heart of the Sé district, in this labyrinth of alleys and stairs that descend to Ribeira. This is the Largo that today is called Pena Ventosa! Penaventosa was a hill where today the Cathedral of the city is located and is a small colorful place.

The Douro vineyards with their famous terraces are one of the places not to be missed when visiting this wine region. Many are the estates that occupy the region with their vineyards and feed the area that is completed by the river. The Douro River is the third-longest river in the Iberian Peninsula. 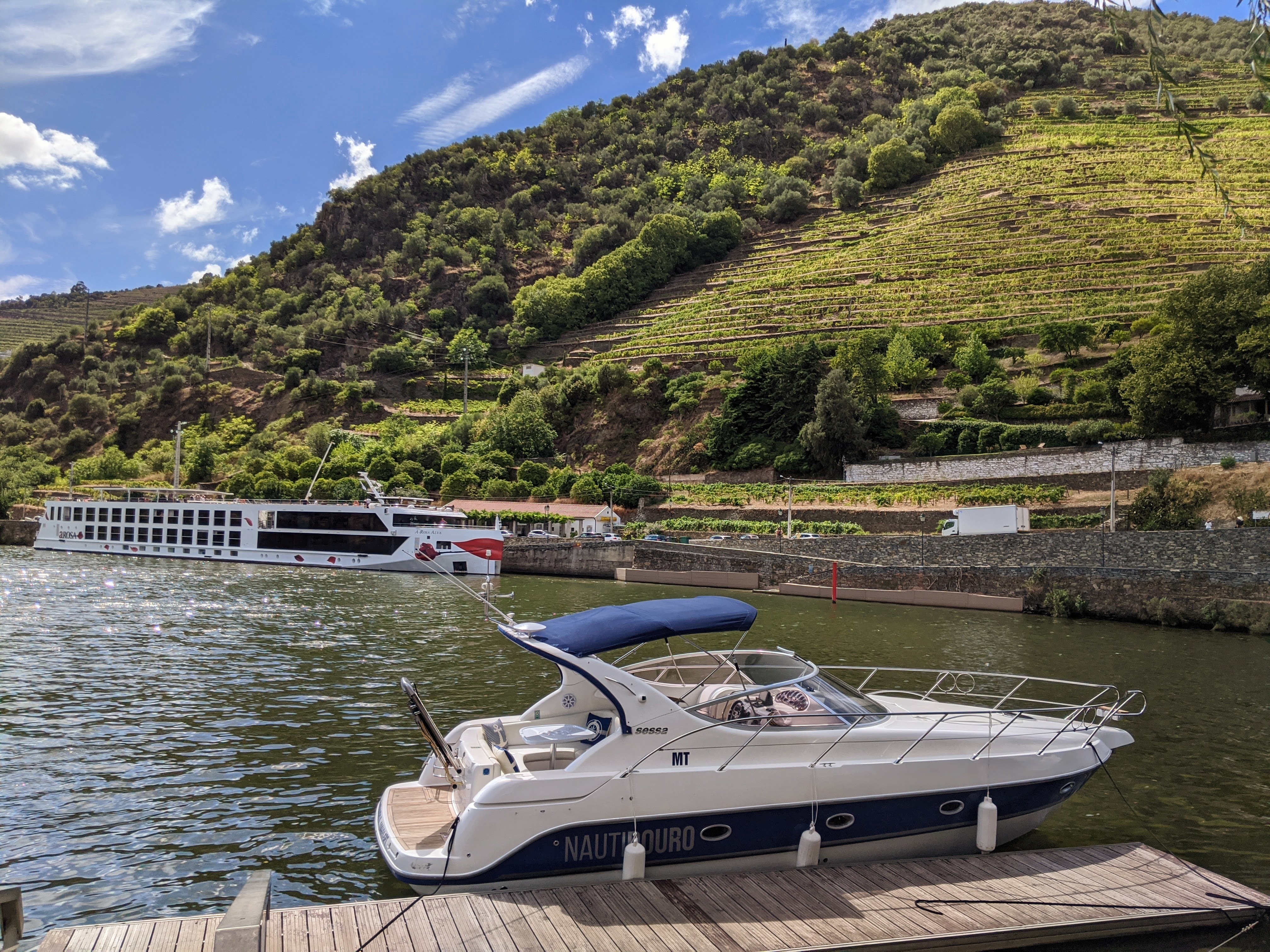 Pinhão is a Portuguese village and parish located on the north bank of the Douro river, being the center of the demarcated region of Port Wine and the place where several estates producing fortified wine are located. The landscape of Pinhão is classified by UNESCO as a cultural heritage of humanity.

The Douro takes away our words, it's simply a dream. How can we explain something inexplicable? It's impossible to explain, you will just understand it by experiencing it! For us, there's nothing like drinking wine while looking at the terraces, watching the harvest, and sunbathing in an infinity pool overlooking the river. Here's how you can experience all of this. 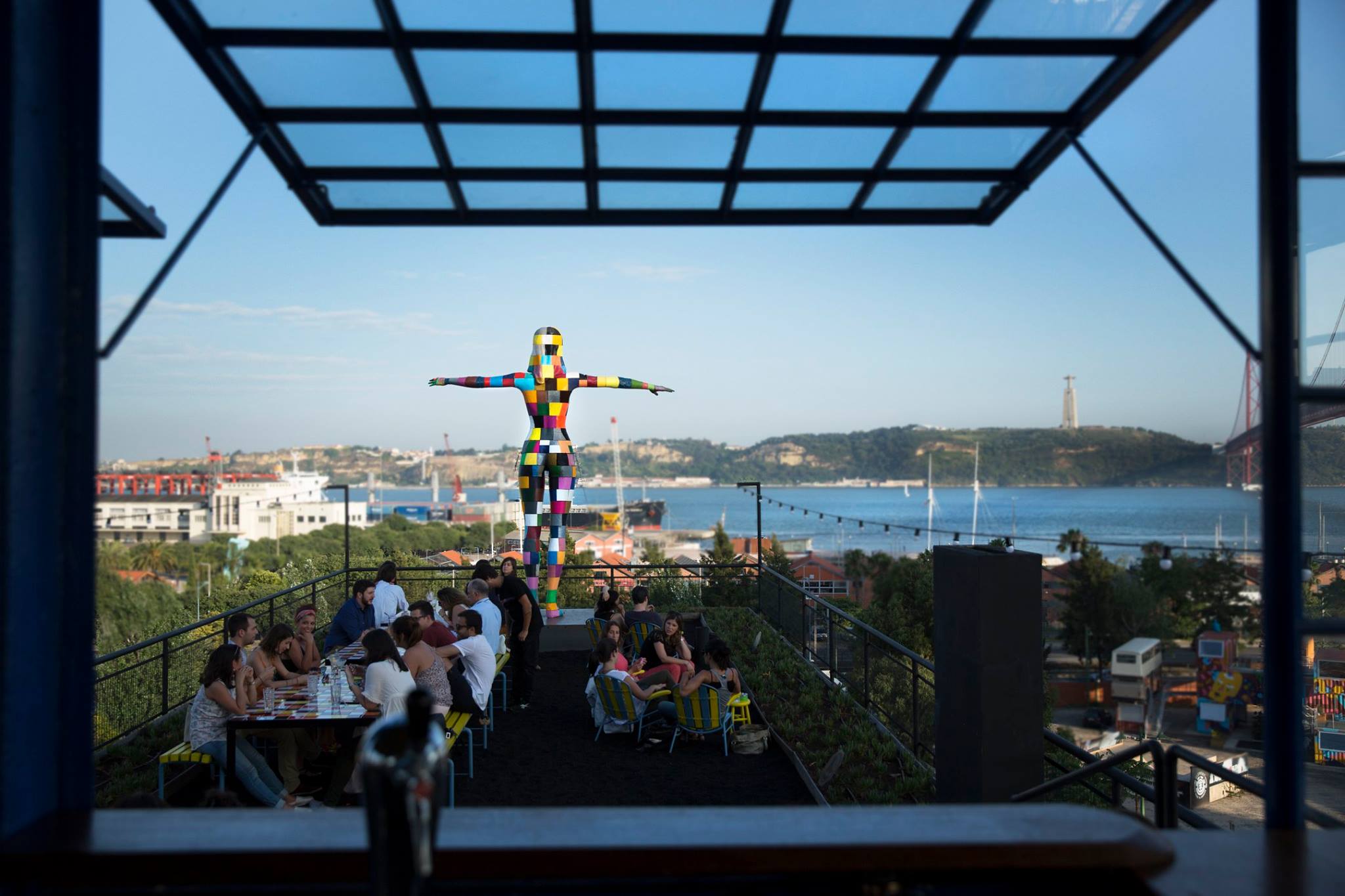 Where creativity meets professionalism and inspiration. LX Factory is a creative view that works as an office for the most varied areas such as advertising, communication, marketing, multimedia, fashion, etc. A Gothic-influenced church, the Convento do Carmo in Lisbon is a must-visit. The facade of the convent church has a portal of several plain archivolts with decorated capitals. 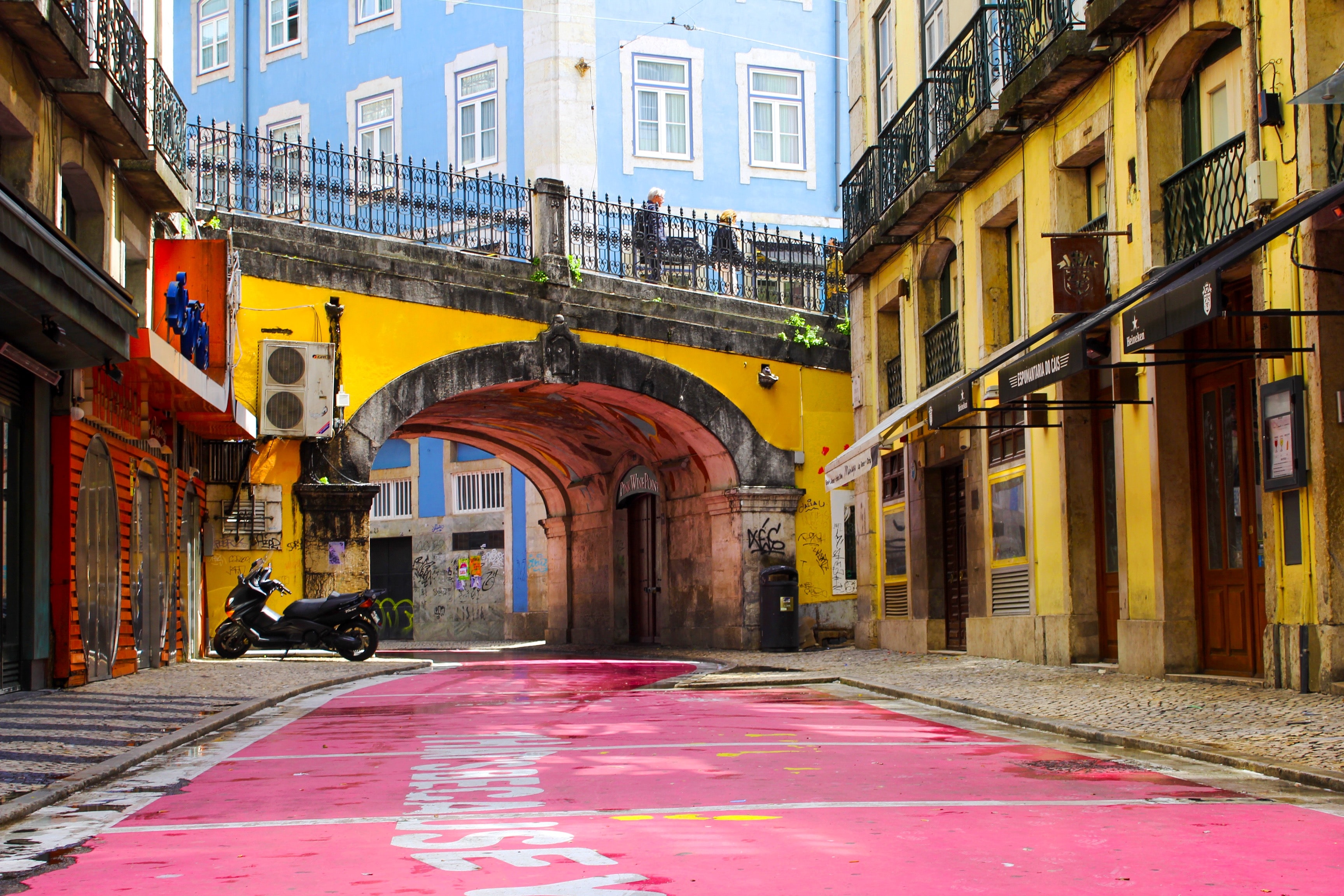 For those who want to visit emblematic and striking places, a visit to this modern landmark is recommended. Rua Cor de Rosa or Rua Nova de Carvalho is in Cais do Sodré. In the middle of discos and terraces, the street marks the city's nightlife areas and is considered one of the 12 most beautiful streets in Europe?! This post was awarded to him by the New York Times. 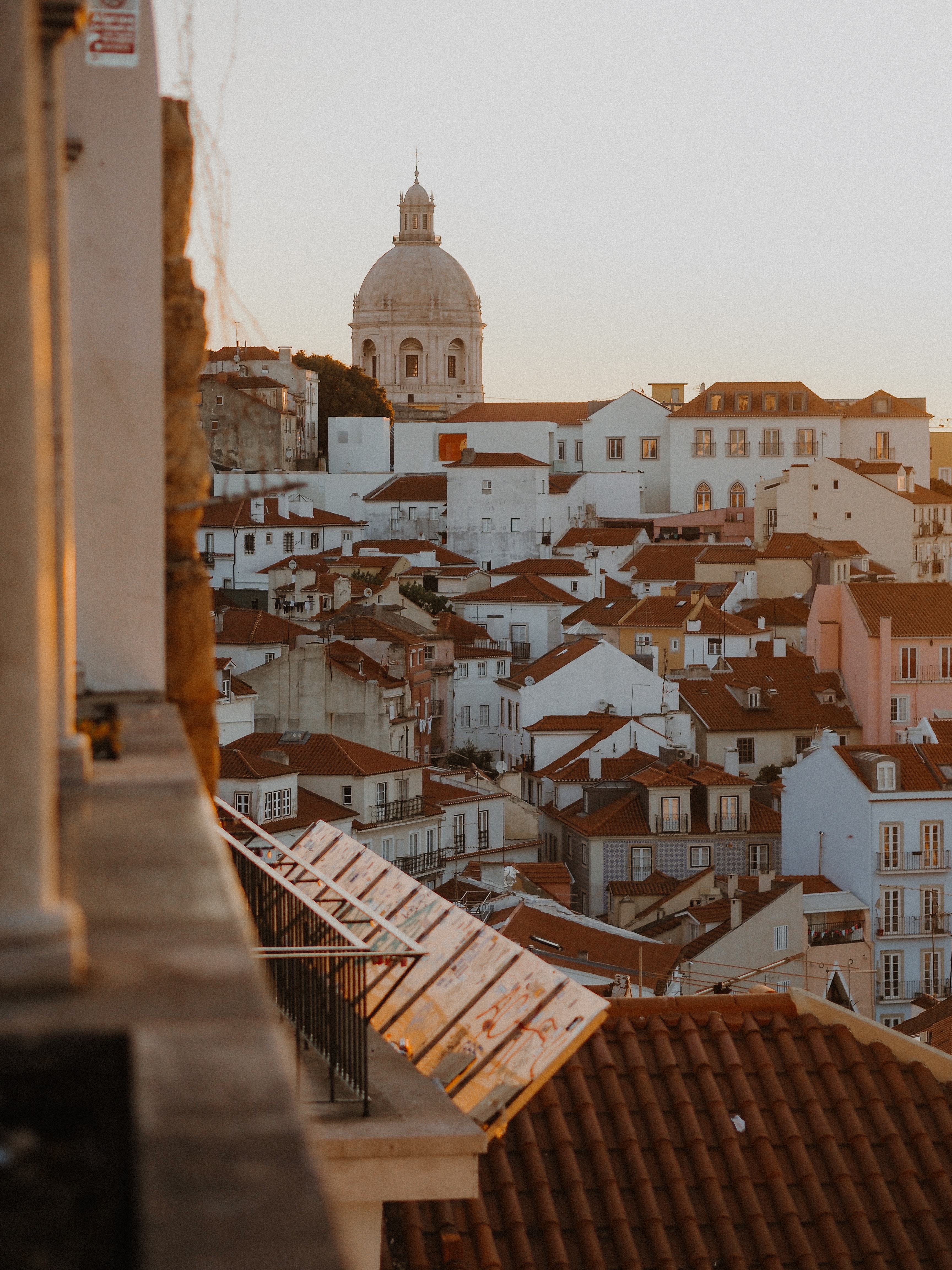 Between alleys and alleys, Alfama is the oldest and one of the most typical neighborhoods in the city of Lisbon. The most spectacular views over Alfama are from the public promenade formed by the viewpoints of Portas do Sol, the Tower of the Church of Santa Cruz do Castelo (the tallest tower in ancient Lisbon), and Santa Luzia. Above and surrounding Alfama are the hill of Castelo de São Jorge, a fortress and royal palace until the 16th century and the hill of São Vicente. In addition to the Castle, the main monuments in the area are the Cathedral, the Church of Santo Estêvão, and the Church of São Vicente de Fora. 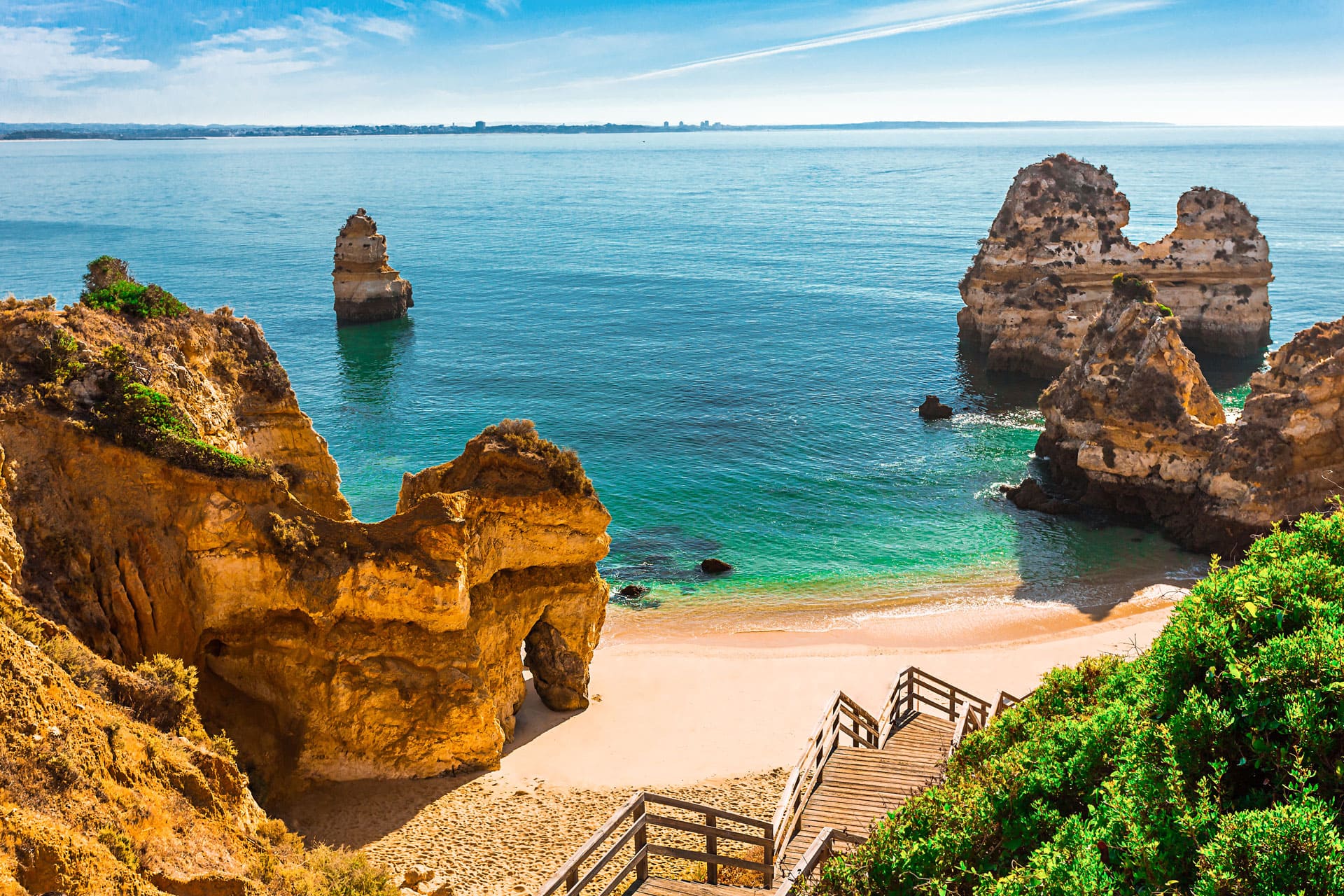 Praia do Camilo offers its visitors a panoramic view of the coast between Lagos and Albufeira and a breathtaking view of the ocean dotted with white triangles of yachts. The rich ocher tones and the lacy appearance of the steep calcarenite cliffs impress both here and in the rock formations that delimit Praia do Camilo. 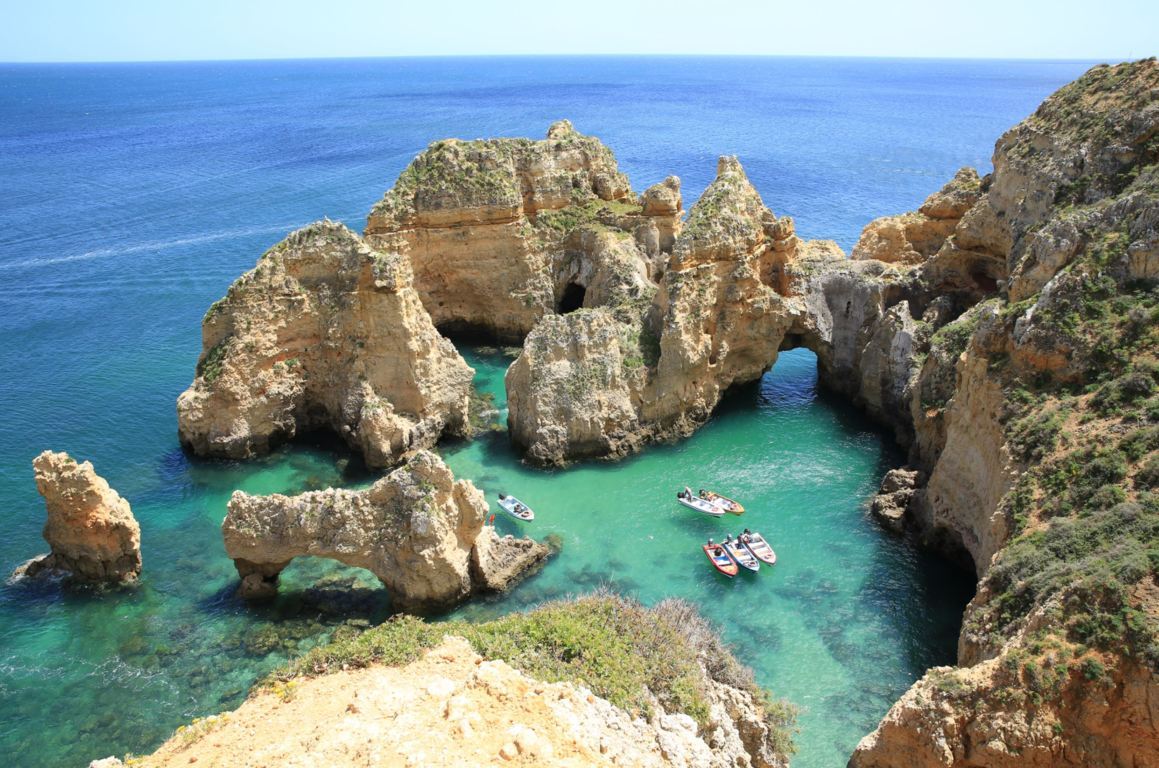 Named one of the most extraordinary sceneries in the Algarve, Ponta da Piedade is a place marked by rocks carved by the wind and the tides that for years kissed the rocks, forming caves and tunnels in a dream place. The sea is transparent and the landscape is a marvel of nature. 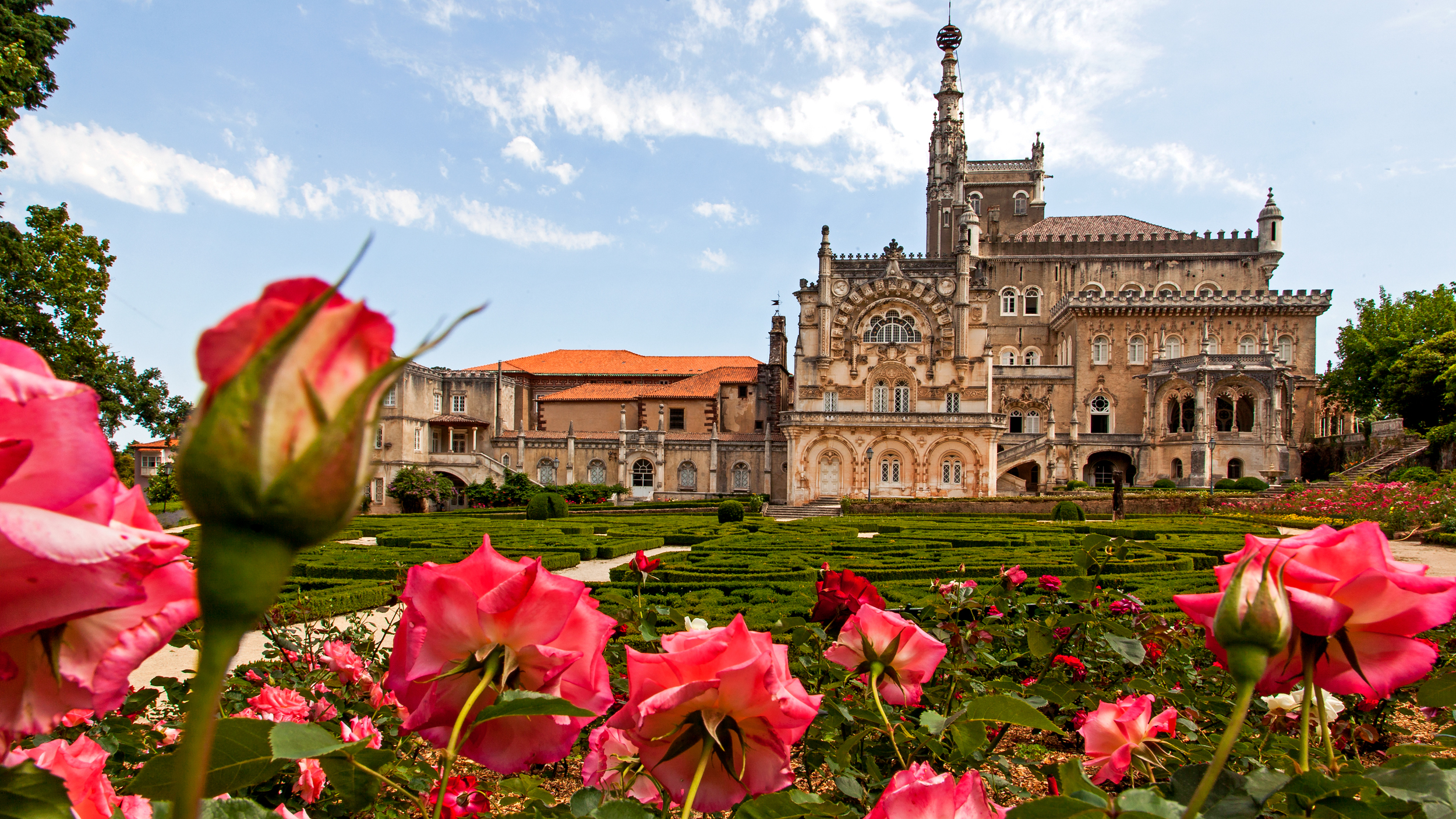 Why You Should Visit Portugal in 2020? Port Wine - History and Curiosities 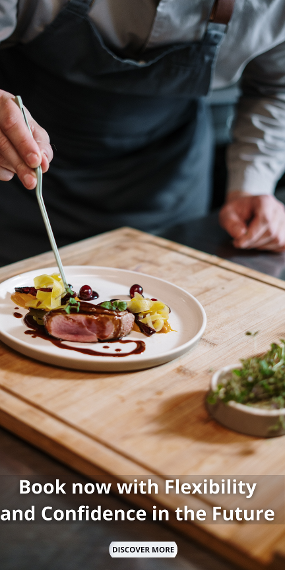