When we discuss architecture in Portugal there is a duality or a line that separates. On one hand, we have the great modernism and poetic traits of Eduardo Vaz Moura and Siza Vieira, and on the other, the architectural style with Romanesque, Gothic, Renaissance, Baroque, and neoclassicism influences of the monuments, castles, palaces, and churches. There are many influential names and buildings that you must know, so start taking notes. If you are traveling with us, you will have the opportunity to get to know them!! If not, you can always fill out this form, and let us know your preferences, we can arrange everything for you. 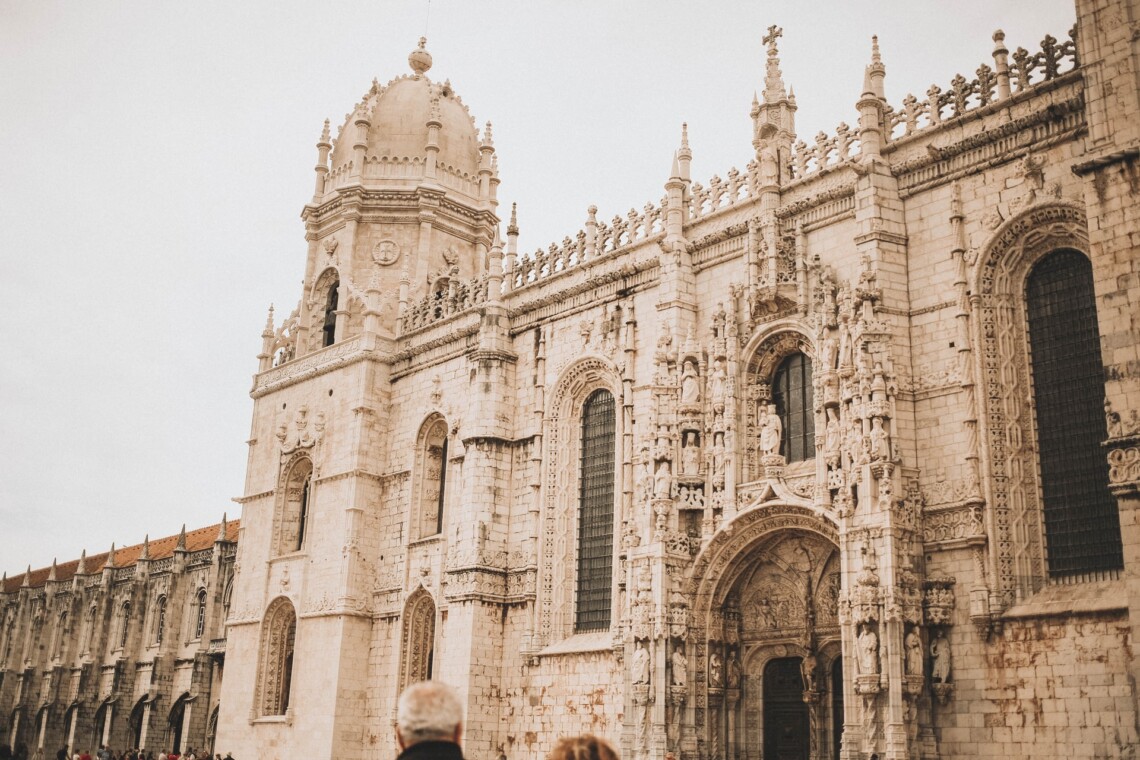 The history of architecture in Portugal begins to stand out in the so-called Age of Discovery with a more distinct and defined character, especially from 1700 onwards, coinciding with the Baroque period and the Pombaline style. Tiles were introduced in the Arab period, but it wasn't until the 18th century that tiles invaded churches, convents, palaces, houses, gardens, fountains, and stairways, giving Portugal a unique character that is easily recognizable today. 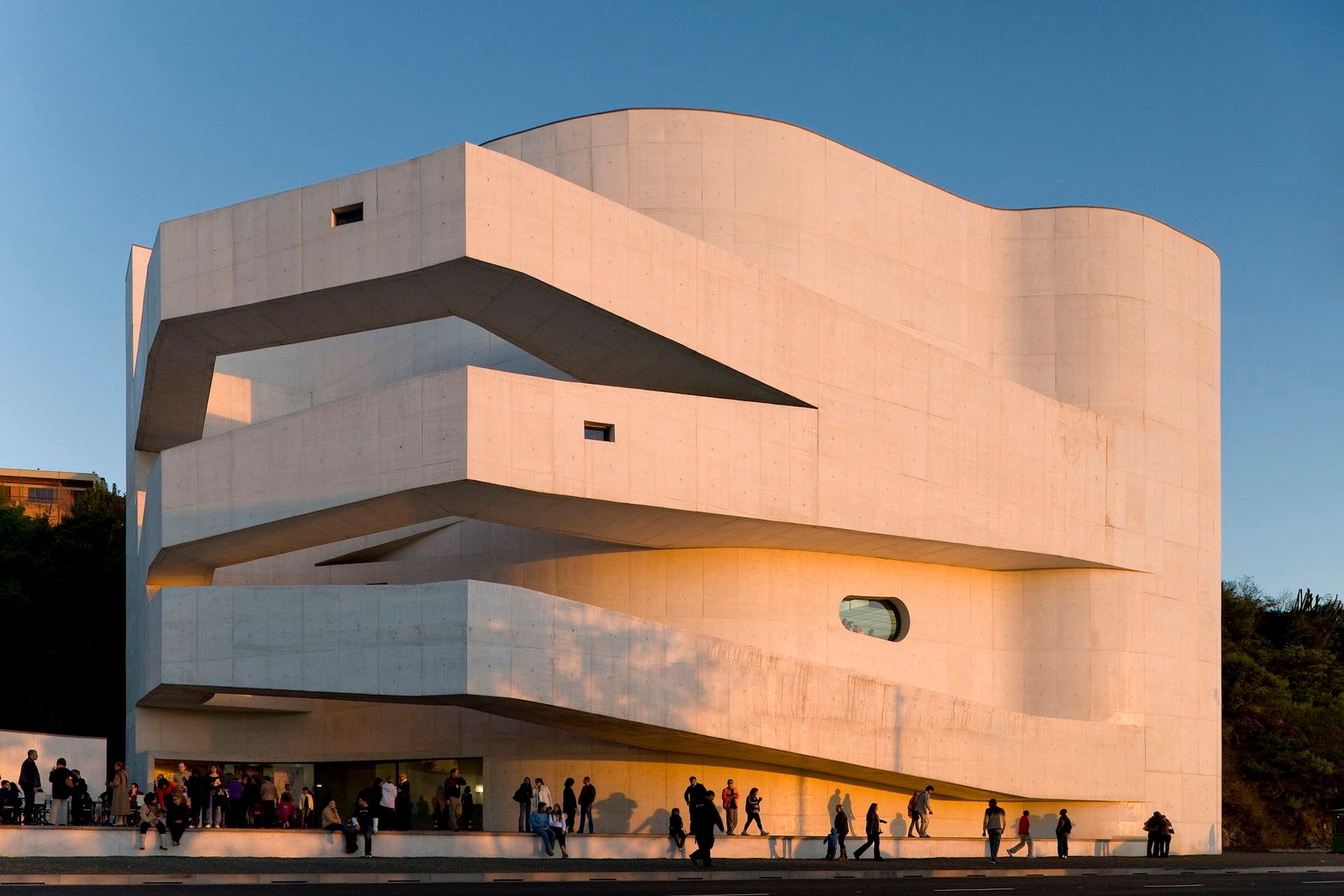 A Journey through Portuguese Architecture 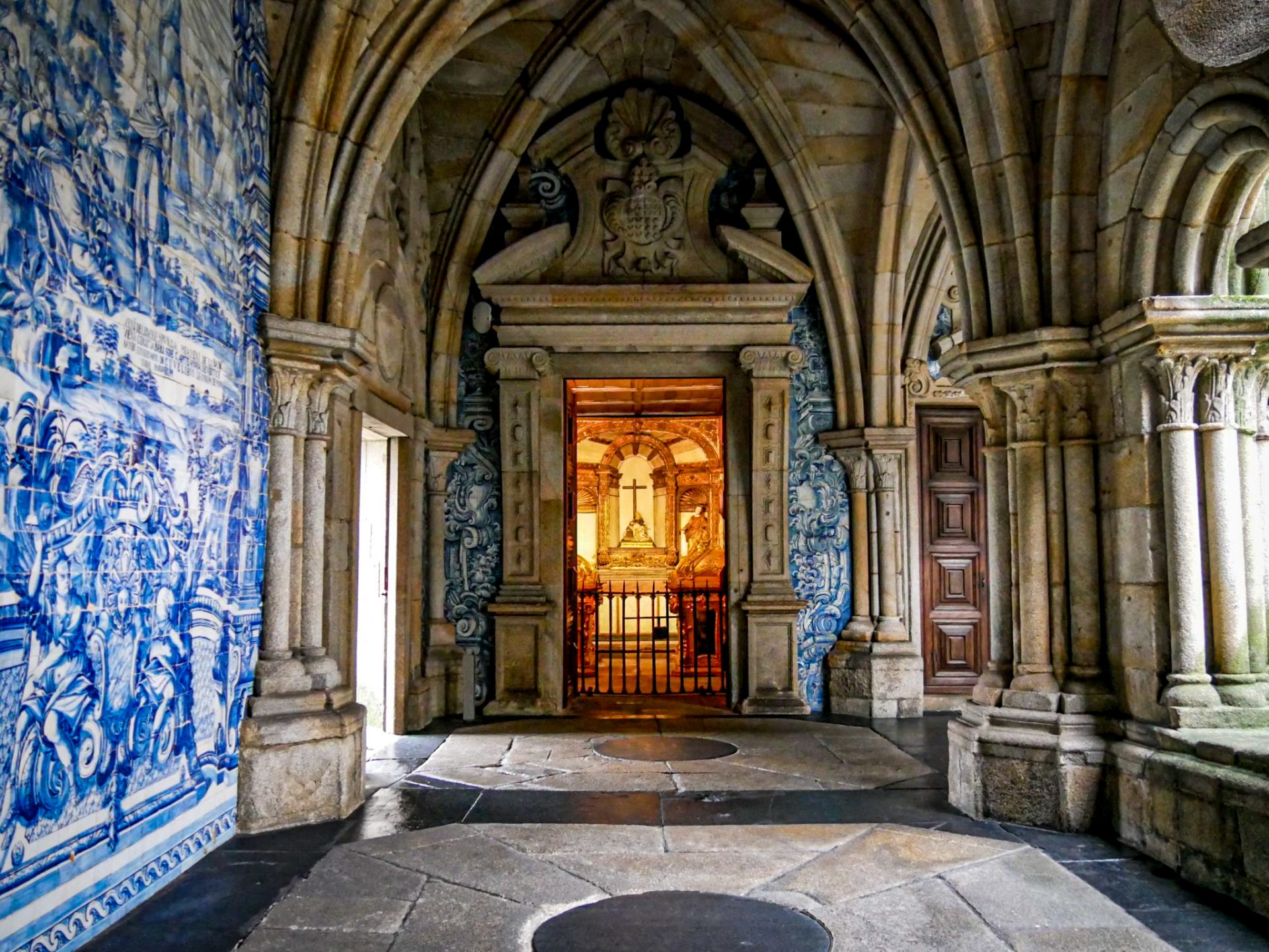 The Romanesque influence arrived in the 11th century when Portugal was emerging as a nation-state, brought from France by Burgundian knights and monks. Cathedrals were built in this style as local fortified castles, explained by the need for fortification against the continuing military threat from the Moors and, later, the Castilians. The cathedrals of Lisbon, Coimbra, Porto, and Braga, therefore, have ornate façade towers. 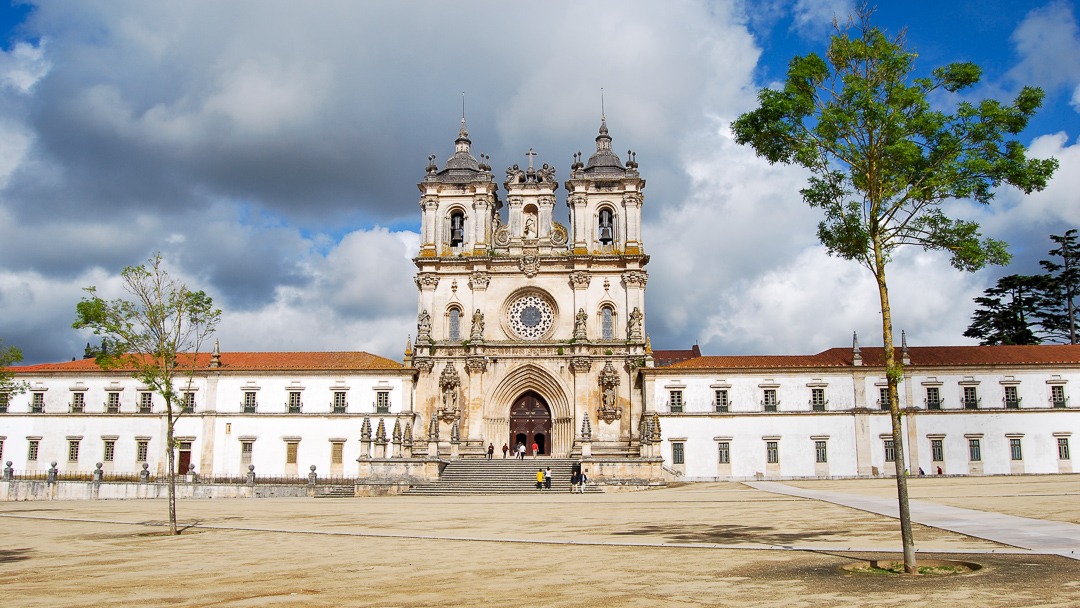 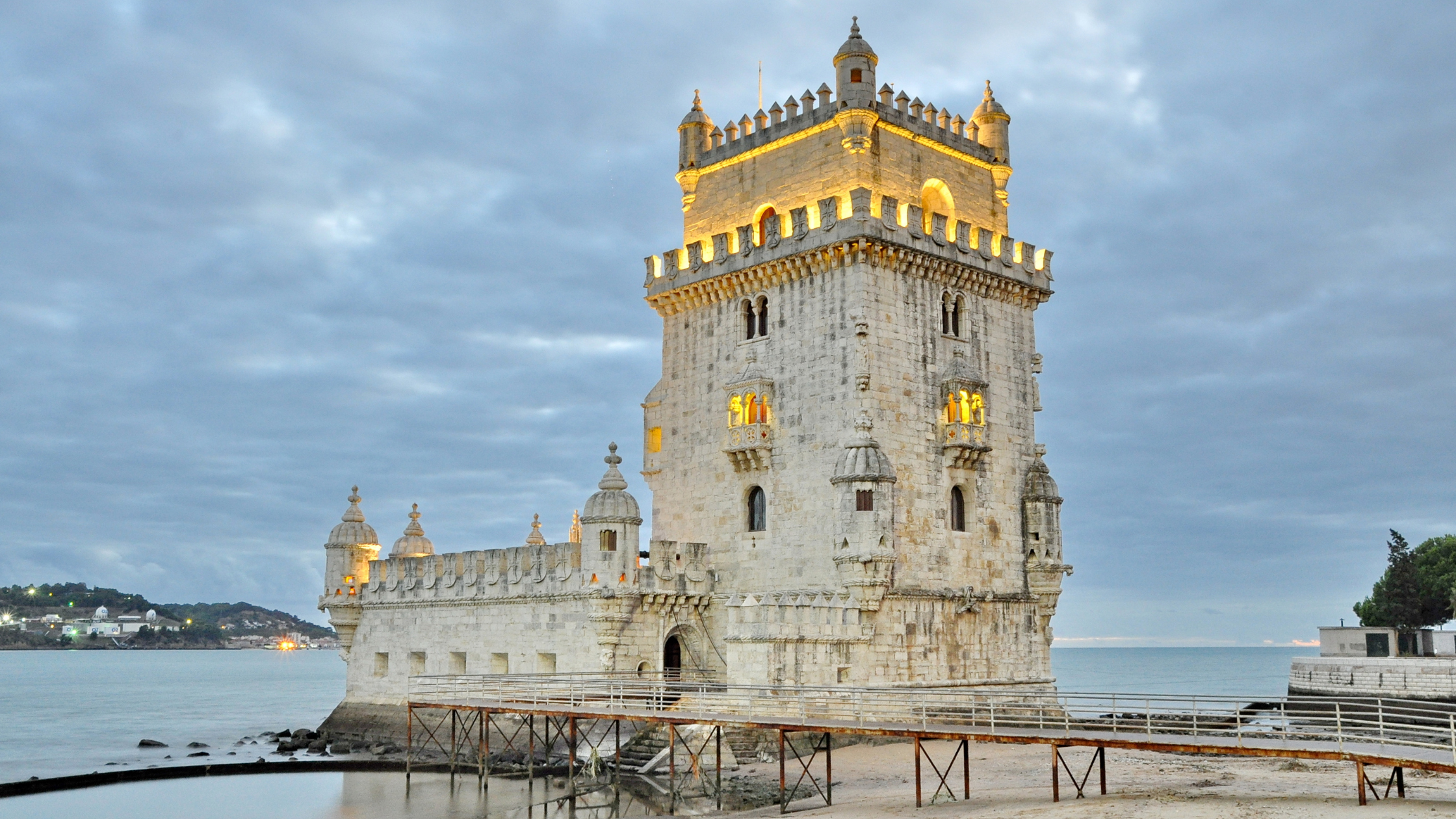 In the 15th century, the Manueline style set the transition from Gothic to Renaissance in Portugal. Named after Manuel I, the king at the time, it is an ornate and imposing style inspired by voyages of discovery, drawn heavily on nautical themes, usually with ropes and coral in twisted stone topped by armillary spheres and the Cross of the Order of Christ. The most famous Manueline examples were built later - the Tower of Belém and the Jerónimos Monastery in Lisbon, and the wonderful window of Tomar Castle, replete with marine and nautical themes. 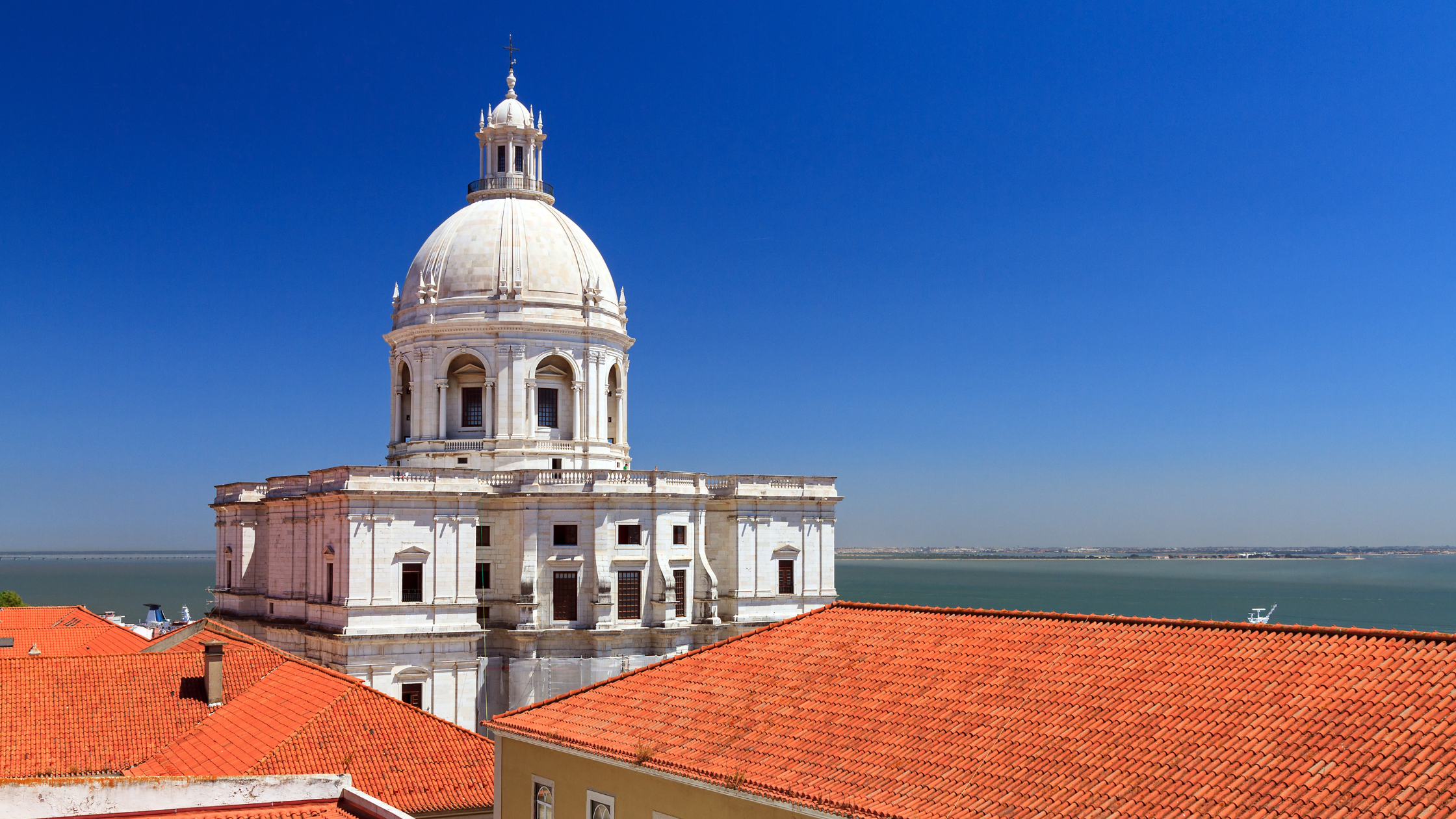 The Baroque style began in the 17th century, especially in the north of the country, where it can be seen in both religious and civic buildings. The first truly Baroque Portuguese church was Santa Engracia (the National Pantheon in Lisbon). There are some opulent Baroque masterpieces, such as the monumental staircase of the Bom Jesus Church in Braga, the Mateus Palace in Vila Real, and the palace in Mafra. 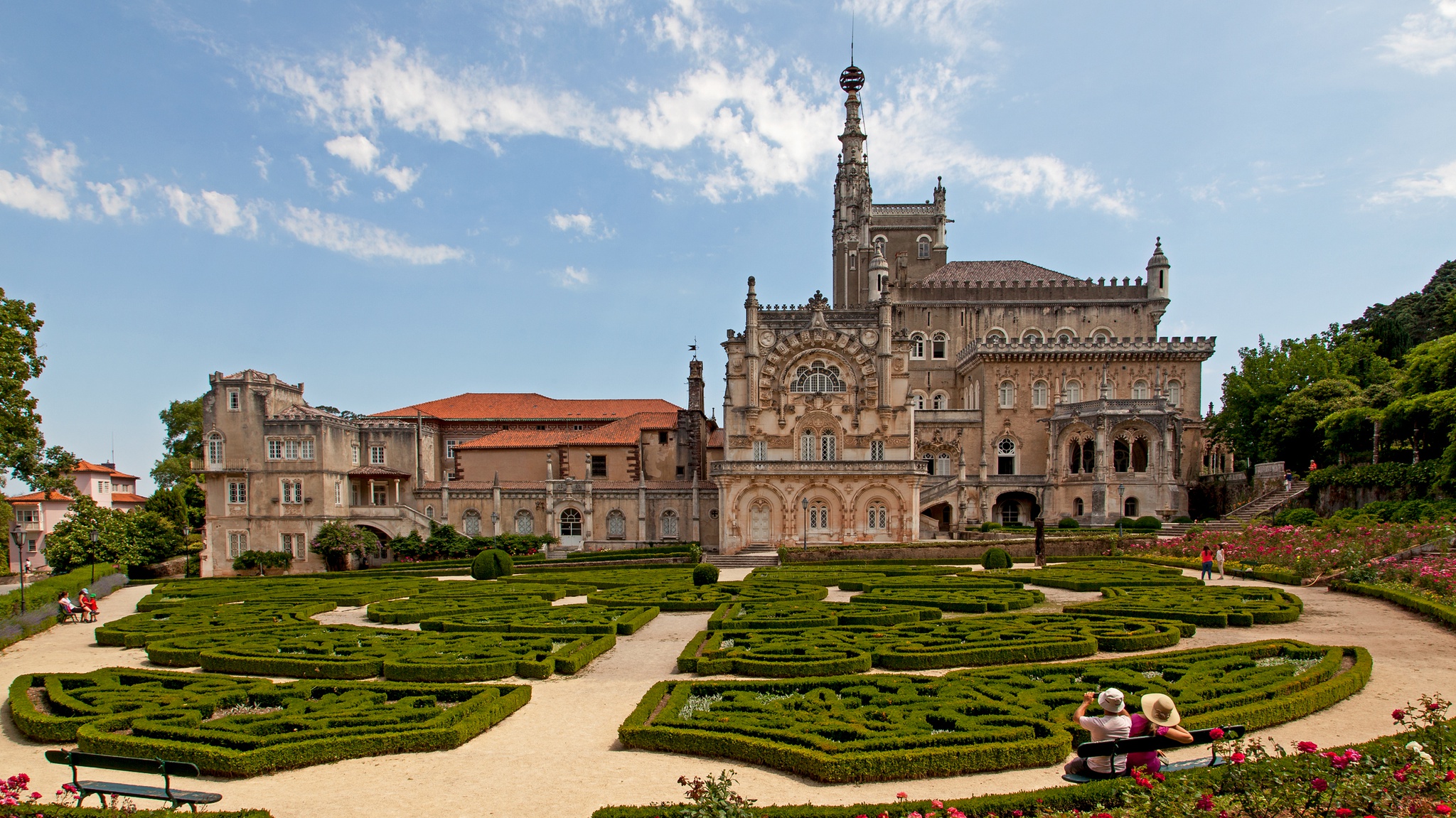 The second half of the 18th century saw the return to the classical style, especially in Lisbon after the Great Earthquake, and the return of the Manueline style, as seen in the palace of Buçaco, Lisbon's Rossio Station, and parts of Sintra's Pena Palace. 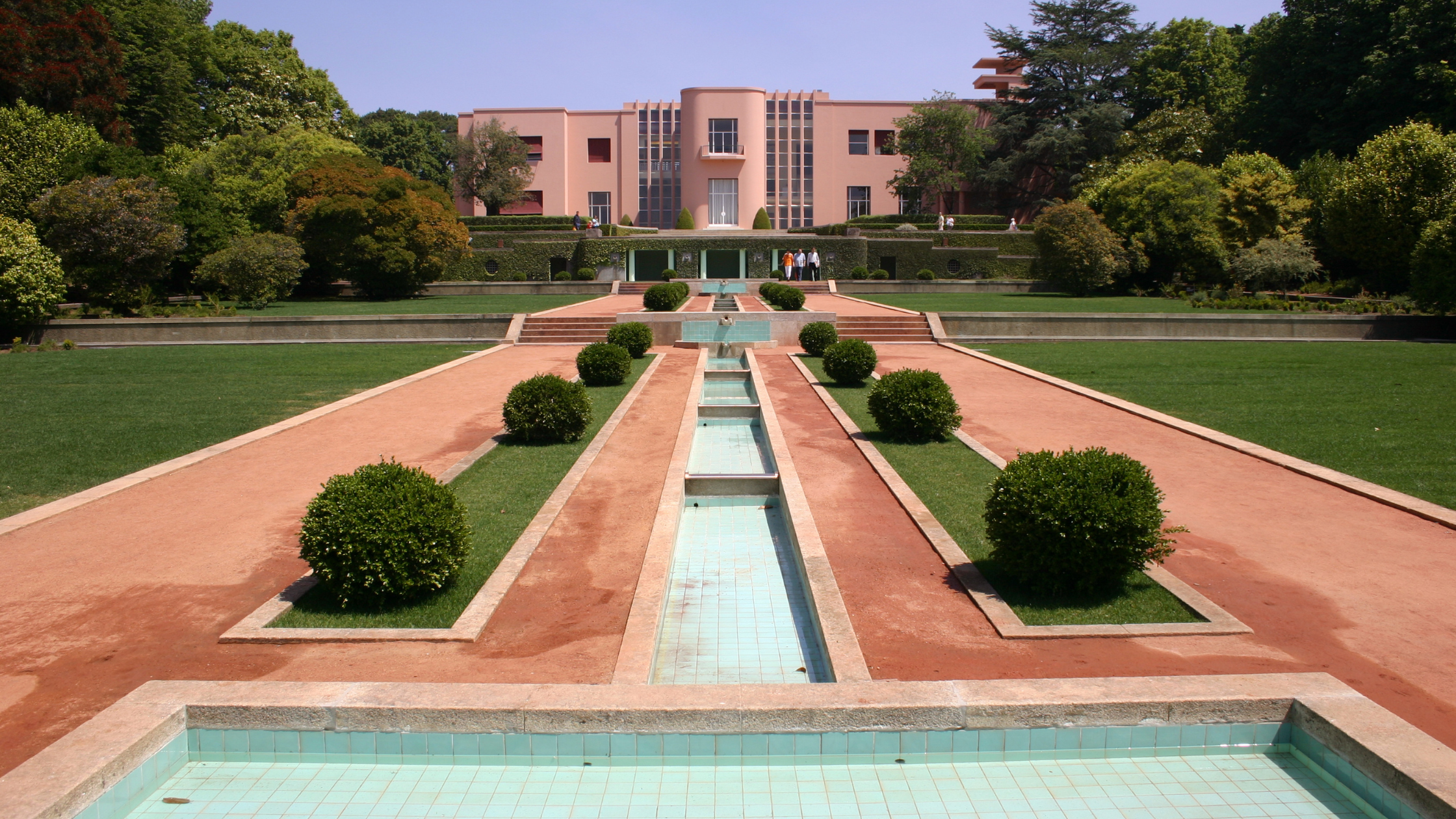 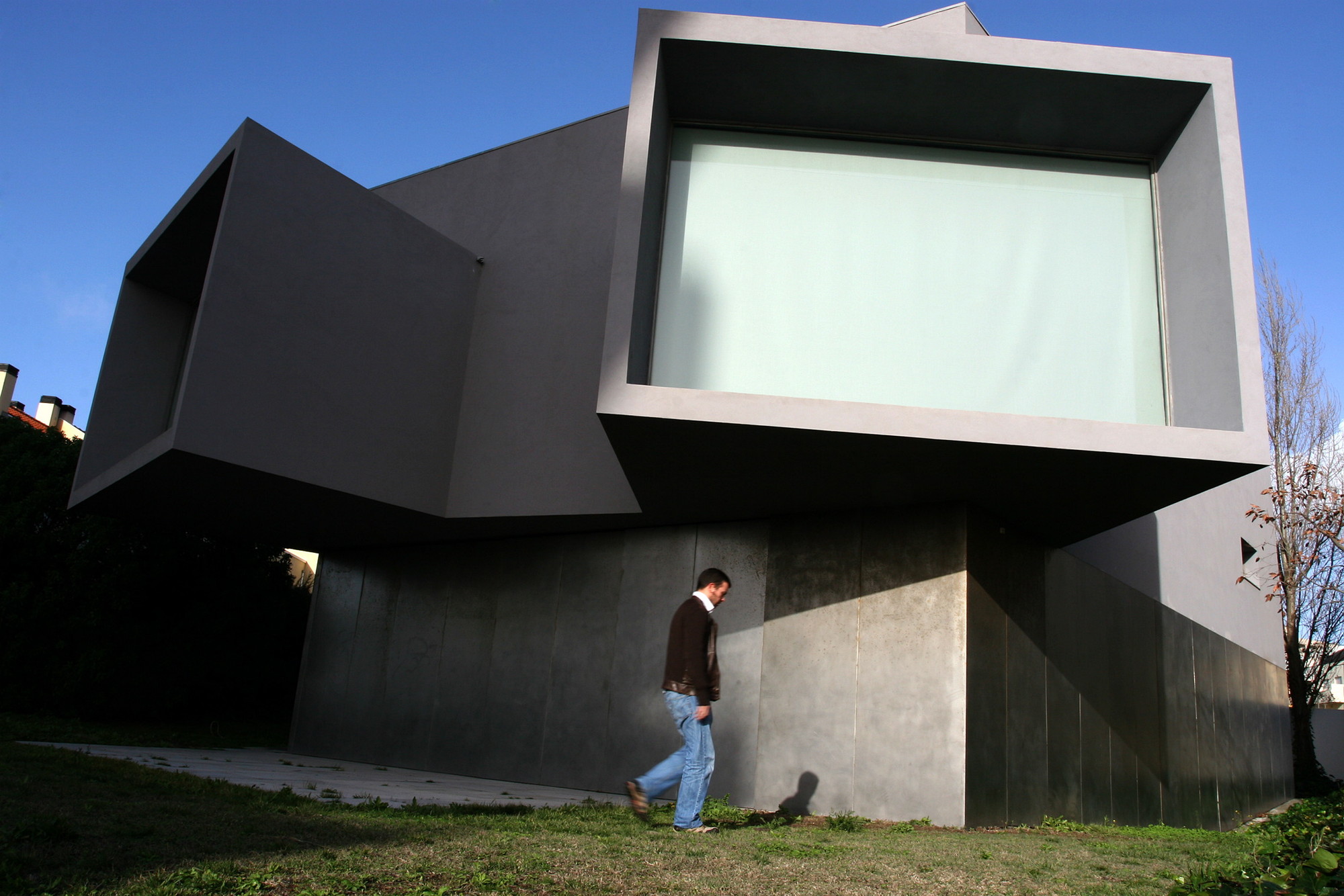 Beginning in Porto, at the Faculty of Architecture designed by Álvaro Siza Vieira, where some of the top Portuguese architects studied. Head to the Rotunda da Boavista and visit the Casa da Música, a building designed by Dutch architect Rem Koolhaas. Next, visit the Serralves Foundation's Museum of Contemporary Art, also by Siza Vieira. In the Park area, you can visit the Manoel de Oliveira Cinema Building, by architect Eduardo Souto de Moura. 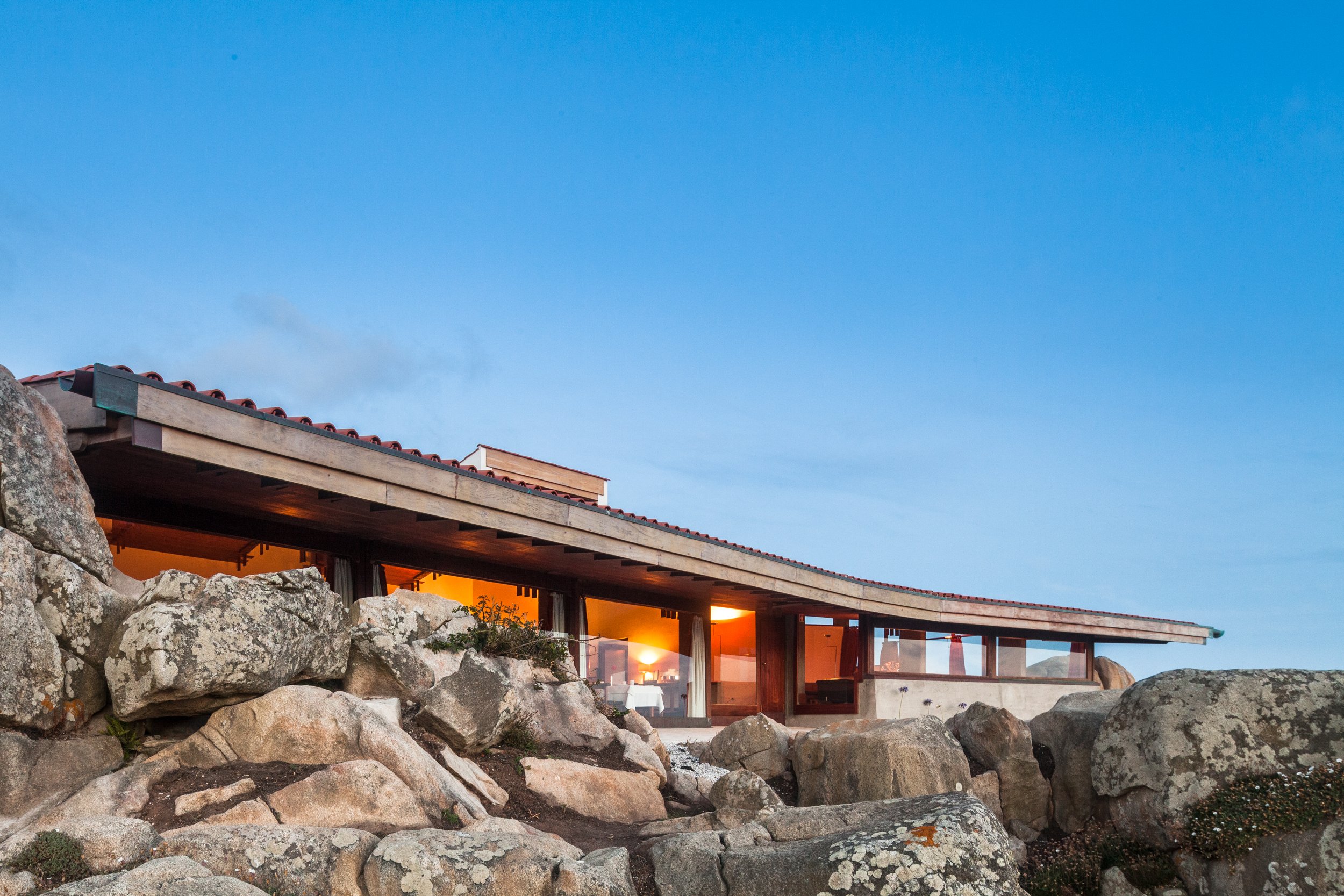 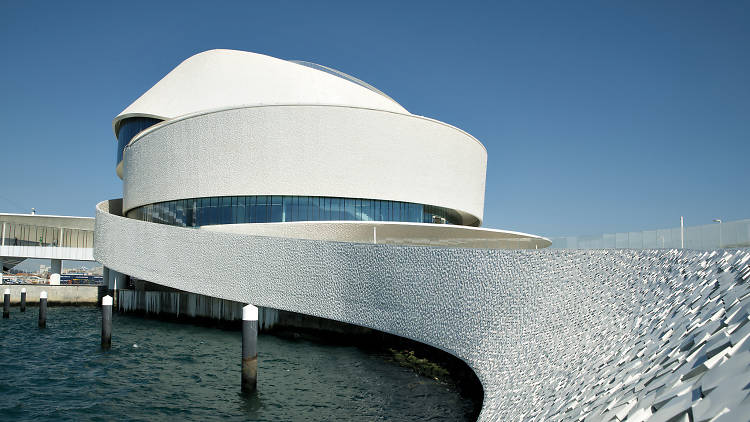 Move on to Matosinhos, the birthplace of architect Álvaro Siza Vieira. You will find some of his most outstanding works by the sea, such as the 'Piscinas das Marés' and the Casa de Chá da Boa Nova, the Michelin-starred restaurant. This facility was the result of the restoration of Quinta de Santiago, by another leading Portuguese architect, Fernando Távora. Also visit the new Port of Leixões Cruise Terminal, designed by architect Luís Pedro Silva, which opened in 2015. 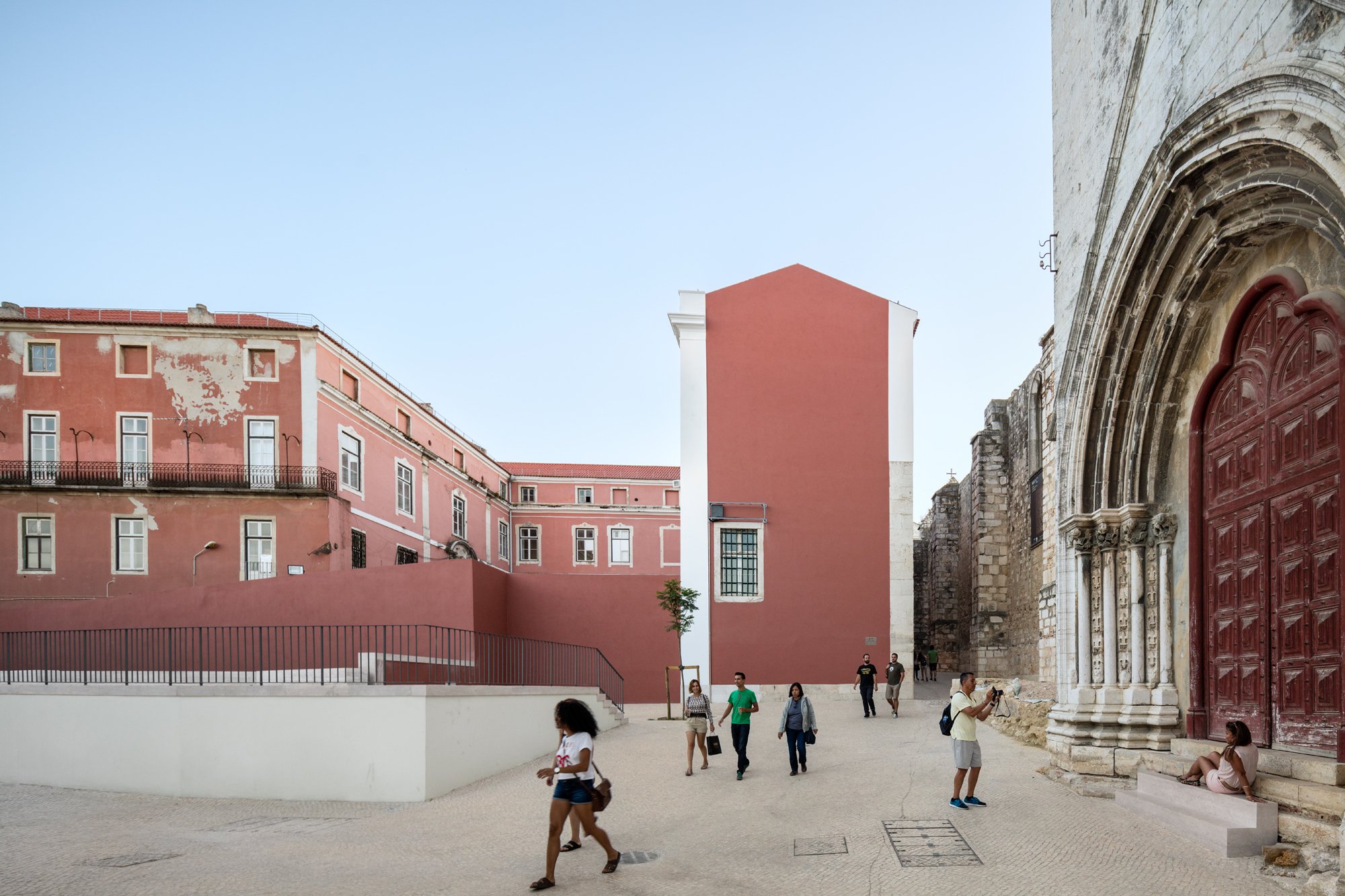 Lisbon has been a destination for tourists from many parts of the world in recent years. With a strong cultural program, the city hosts important events related to art, music, cinema, and, of course, architecture. MAAT is unable to go unnoticed and offers a new cultural and landscape impulse to the city of Lisbon. Surrounding the Carmo Convent is a must-see, also requalified by architect Siza Vieira, helping to bring life to what was once put out by a fire in 1988, in Chiado. 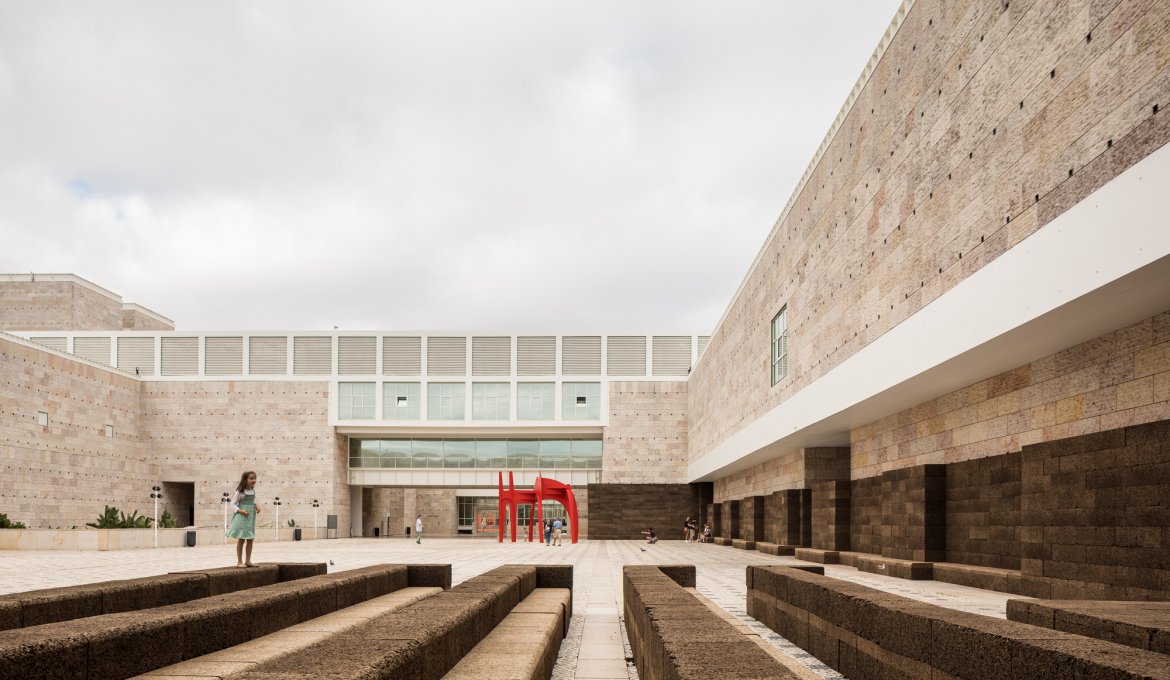 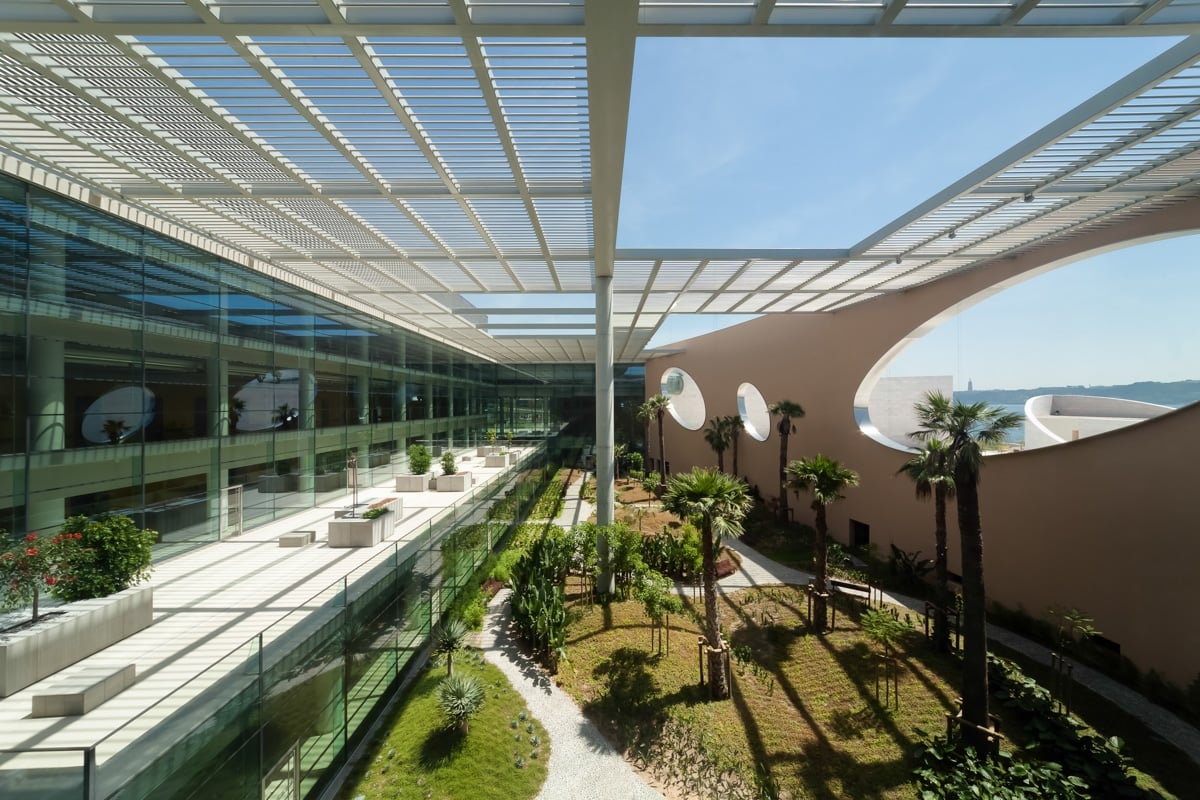 Centro Cultural de Belém, is another must stop, is one of the biggest icons of modern Lisbon, and was placed in a monumentally privileged space, its modern architecture contrasts gently with some of the great icons of old Lisbon. Stop by Champalimaud Centre for the Unknown, which has a curved stone form with circular cut-aways, and is signed by Charles Correa Associates. 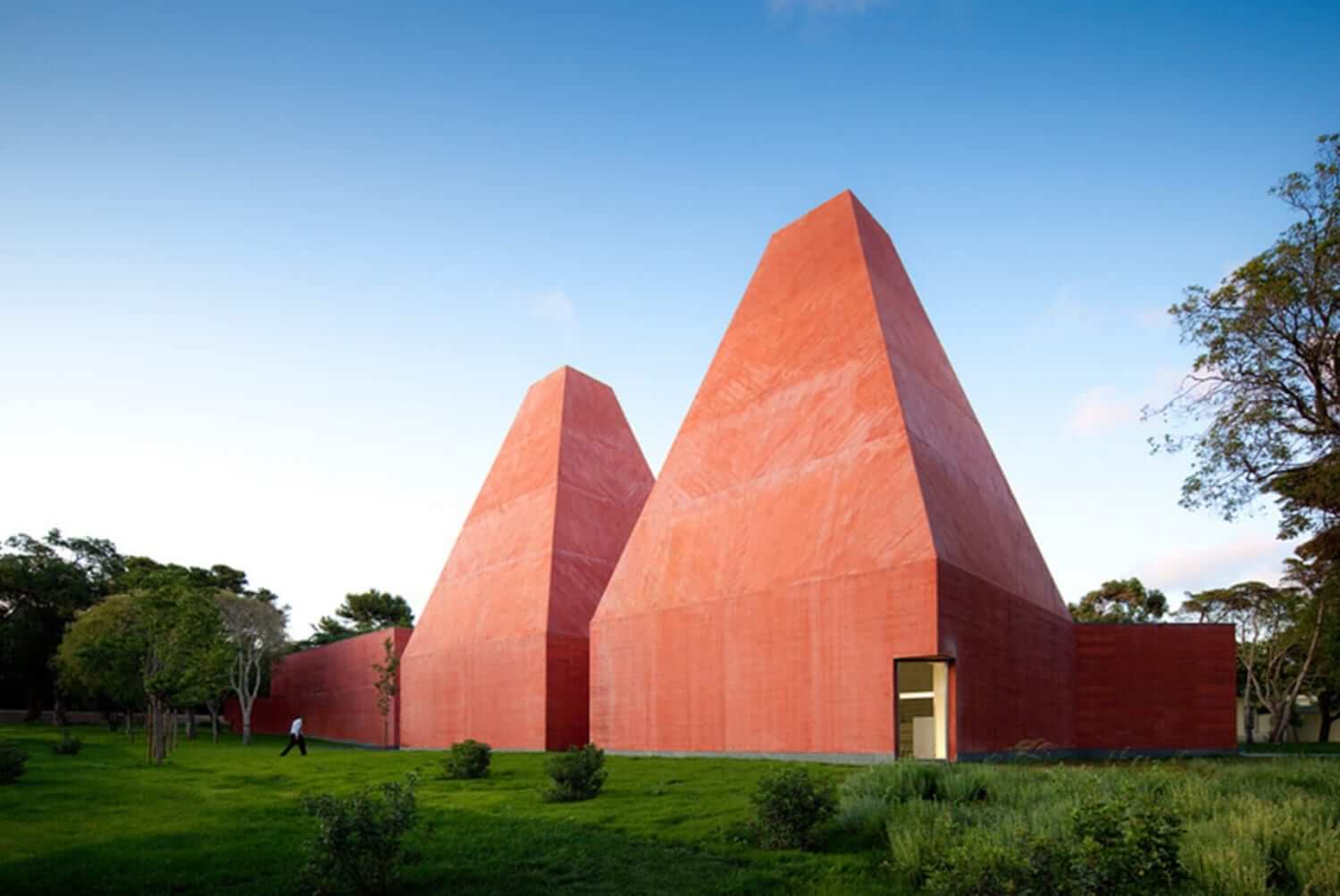 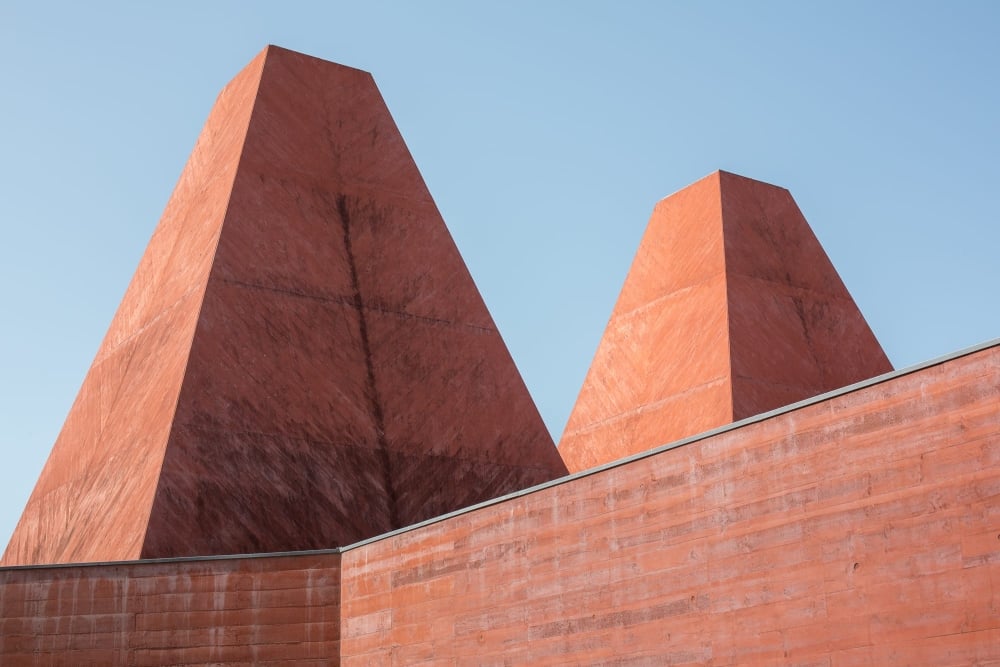 Designed by the Portuguese Pritzker Eduardo Souto de Moura, the Casa das Histórias - also known as the Paula Rego Museum - is one of the most emblematic works of contemporary Portuguese architecture. The building's simple geometry and modest size are broken up by two reddish pyramidal volumes which guarantee the entrance of diffused natural light into the exhibition interiors.

Architecture has been evolving, hand in hand with humanity! Talk to us and book your tour through the most iconic buildings in the country... we've left some out, and believe us you won't want to miss them. 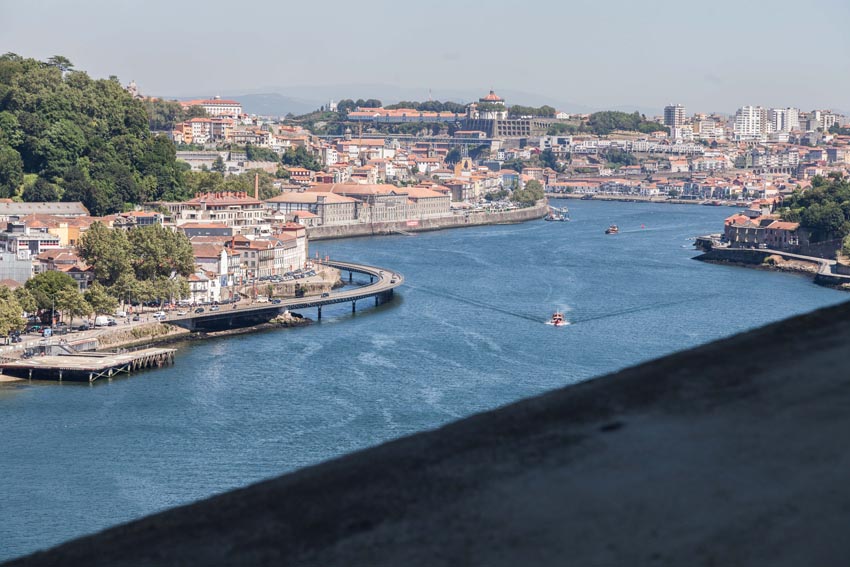 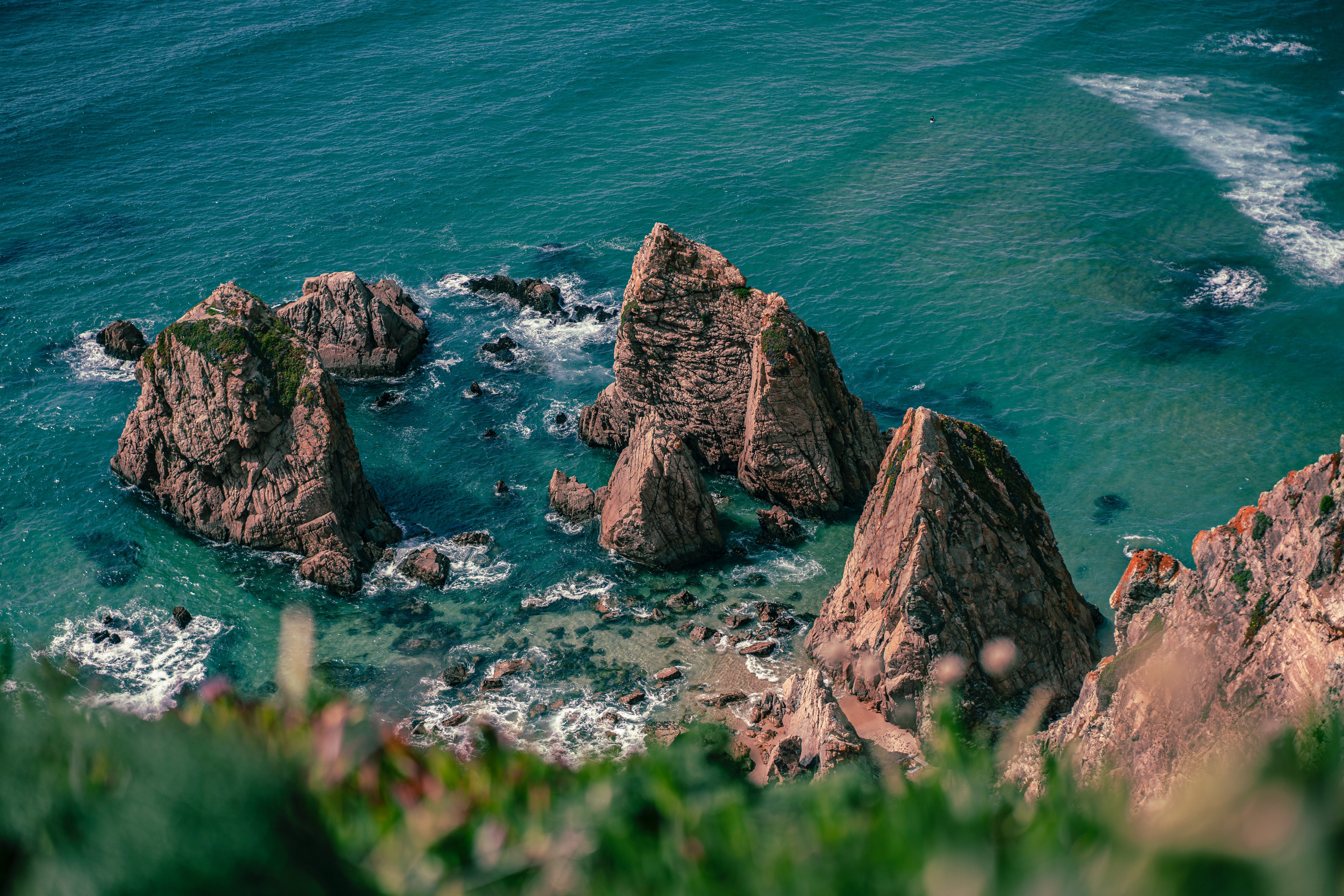 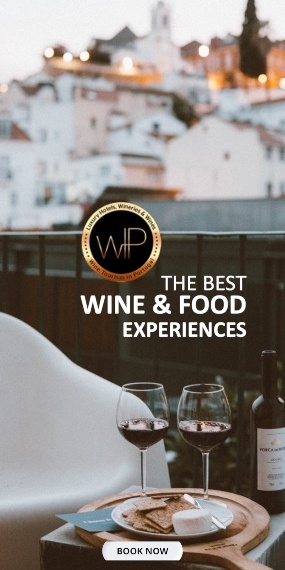