Where to Go for Fine Dining in 2021: Portugal's Best Restaurants

Fine dining restaurants are worldwide recognized by their excellence in food, service, and ambiance. The menus feature dishes that are filled with creativity and artistry of the chef, which translates into the art that is very visible on the plate. The service of these spaces is attentive but not intrusive and the incredible wine lists complement the menu in perfect harmony. In no particular order, here is a round-up of some of the very best fine dining restaurants in Portugal where the food, style, atmosphere, and setting are all quite unique. 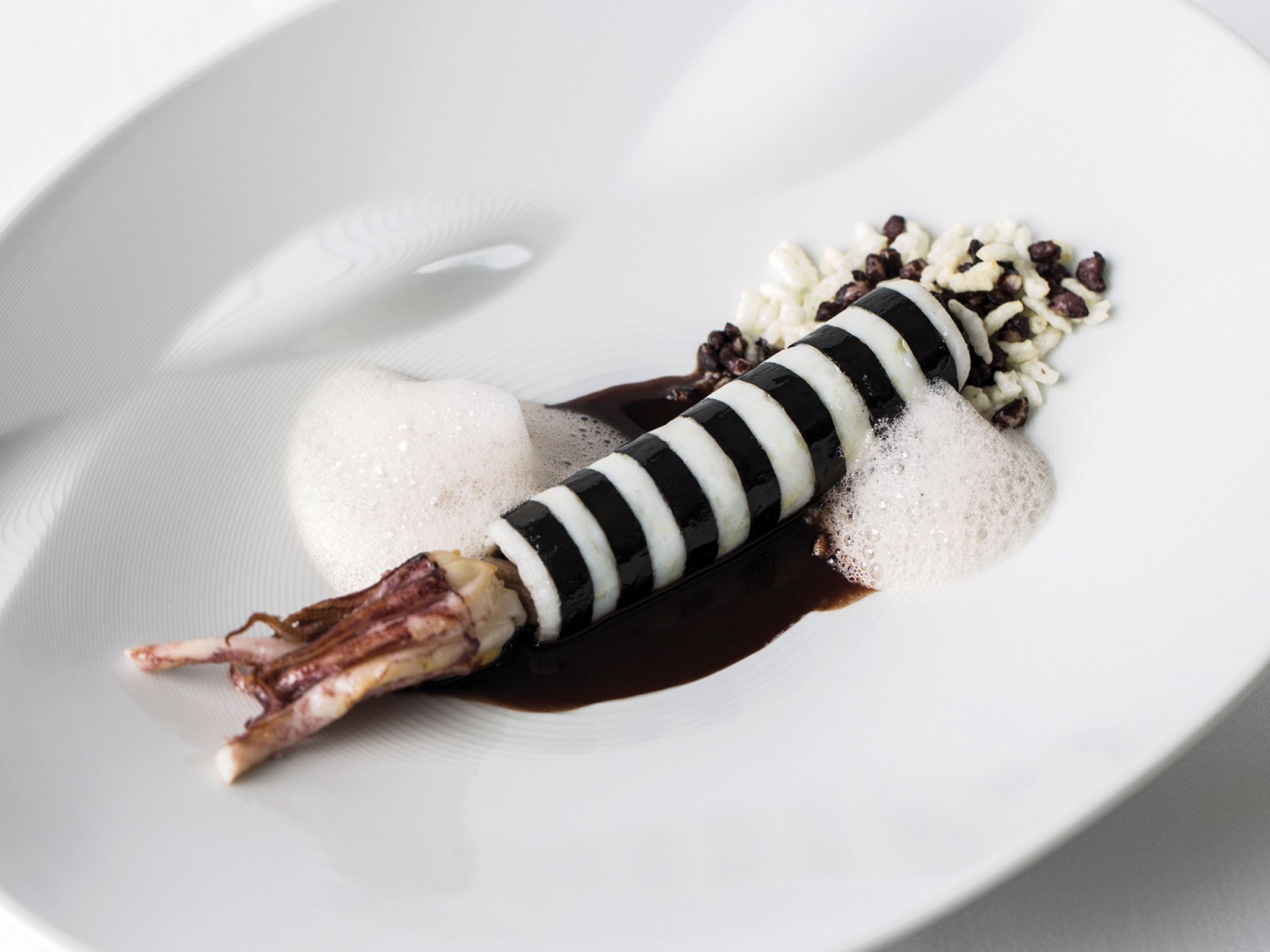 Casa de Chá da Boa Nova is built on the rocks, just two meters from the water, with the sea in the background, it is probably one of the most search places by lovers of architecture and gastronomy, and above all, those who like to contemplate the sea and magnificent views, it is simply a must. Awarded with 2 Michelin stars, in which the first was awarded in 2016, the creativity and brilliancy of Chef Rui Paula stand out in every dish. The fresh fish and seafood are the stars of the Menu, where all of your senses will be awaken with pleasure. If you are looking to enjoy a truly marvelous culinary experience in this restaurant occupying a property declared a National Monument, then this is your to-go place. 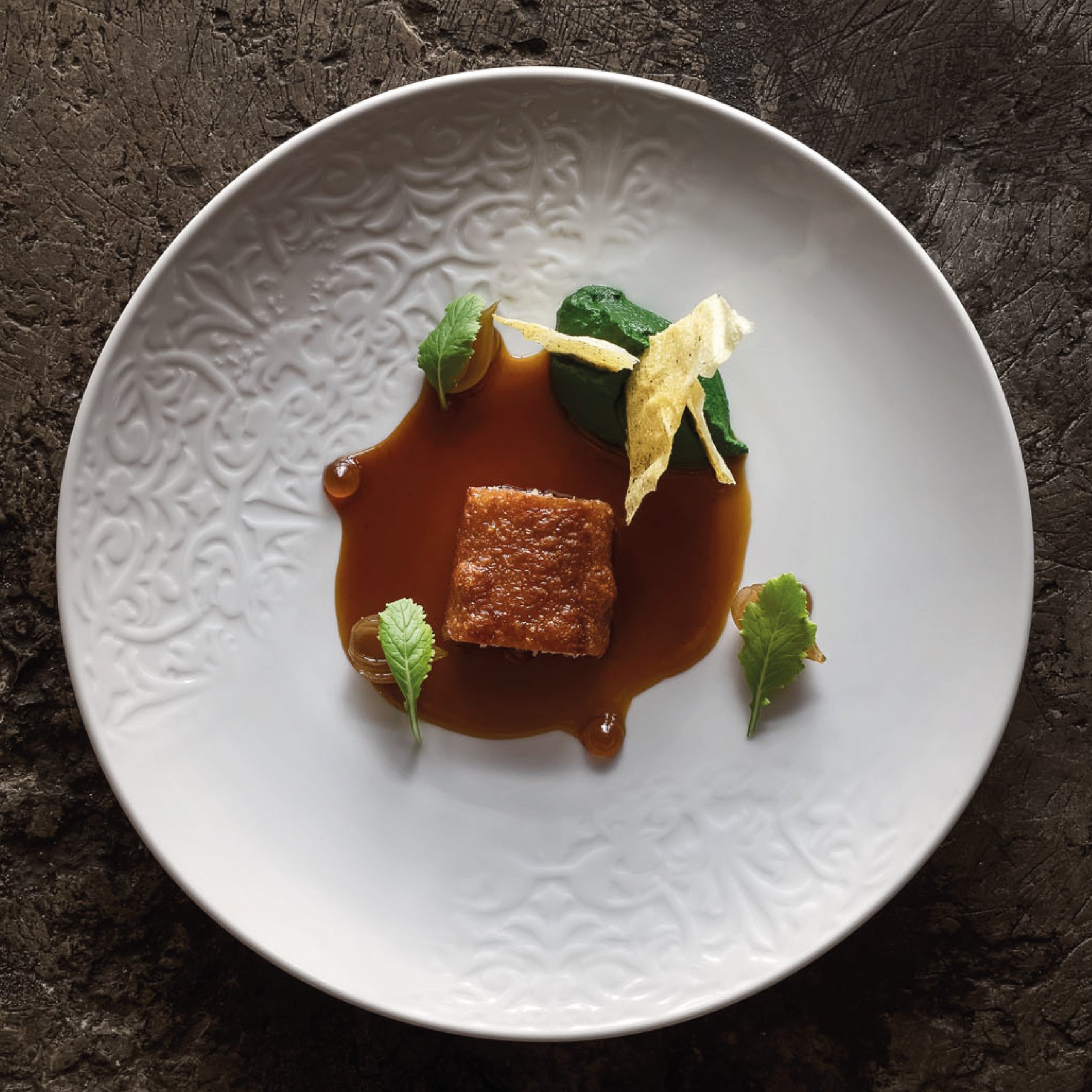 In the heart of the Chiado in an 18th-century building that was once a warehouse for the famous Bertrand bookshop, the oldest in the world, there is ALMA restaurant. With a rigorous but relaxed service, its interiors have striking contrasts and provide the backdrop for amazing and seasonal à la carte options and interesting set menus that encompass traditional, international, and Mediterranean dishes. The amazing Chef Henrique Sá Pessoa is no stranger to the Portuguese public, since that in the last few years, he has been in several television programs, where he shares his passion and his knowledge. Moreover, for Henrique Sá Pessoa his gastronomy philosophy is refined taste, perfect technique, and excellent product. The chef and his team have been awarded several times in the most prestigious gastronomic guides and has been awarded two Michelin star. The first one was announced on the 22nd November in 2018 and the second one in 2019, keeping both in 2020.

Belcanto is the most awarded restaurant in Portugal, as well, its owner and Chef José Avillez. With two Michelin stars, featured in the list of best 100 restaurants in the world and now in the list of the best 50 restaurants in the world, the distinctions are endless Plus, the Chef Avillez is considered one of the great masters of Portuguese cuisine, after all, he was the first Portuguese to stamp two Michelin stars in his curriculum and the first to obtain that distinction for the beautiful city of Lisbon. Located in Chiado, the restaurant is elegant and reserved where the Portuguese flavors stand out through every dish. The dishes are paired with an extraordinary wine selection that showcases some of the best Portuguese wines. 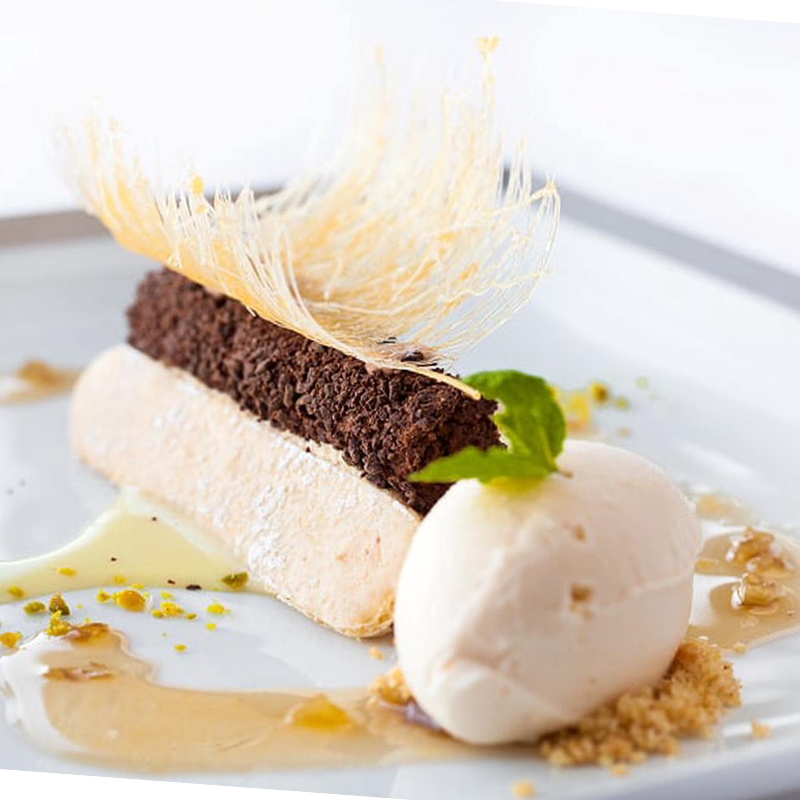 Eleven is located in the heart of Lisbon and has splendid views of Eduardo VII Park and the city. This restaurant consists of creative gourmet cuisine and space is a reference for culture and art, since its architecture is modern, minimalist, and organic. The German Chef Joachim Koerper fell in love with Mediterranean cuisine after a stint in a two-star Michelin restaurant in Spain, and after this experience, he had shown interest in open a restaurant in Portugal. With another ten partners (another curiosity the restaurant was named Eleven because of its eleven partners), where the goal was to obtain a Michelin star, they conquered it in 2014. Joachim Koerper honors the fantastic Portuguese products based on Mediterranean cuisine, so you can expect the menu to change with the seasons. Also, the dinner experience turns out to be quite different and unique since it was created for those who want to enjoy a slow-paced and exquisite gourmet dinner. 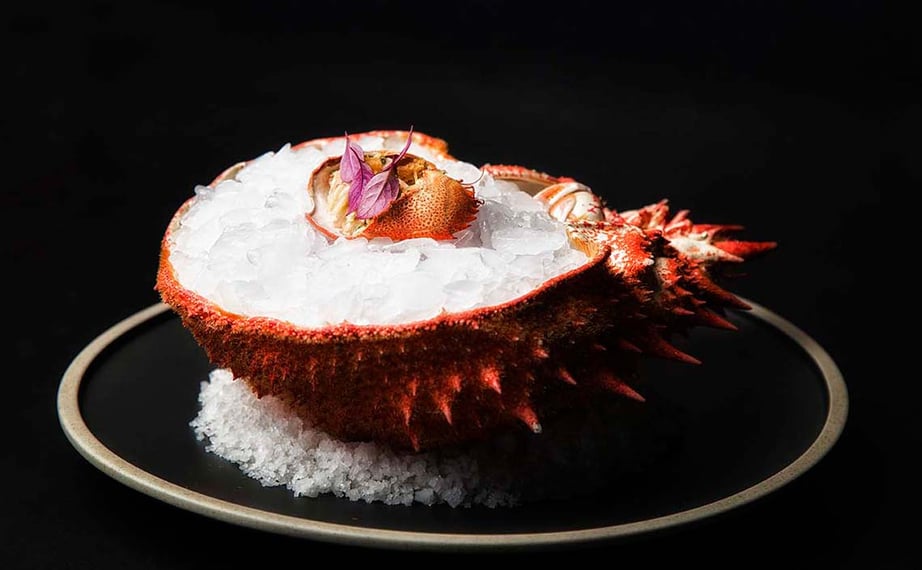 Feitoria restaurant is located at the Altis Belém Hotel & Spa and was awarded a Michelin star in 2014. The cuisine of this restaurant consists of hight standards mixed with enormous respect for the Producers and the Matter, in which this translates into an incredible interpretation on the best of the Portuguese cuisine. This gastronomy trip starts off with a sumptuous atmosphere of sophistication and is complemented by a generous selection of fine wines. The restaurant has an incredible Wine Bar which offers several hundreds of wine references ranging from the best local hand-picked casts to those of carefully selected international wineries. In addition, the full selection consists of creative dishes and tasting menus of Chef João Rodrigues, like Land, Tradition, and Journey. The Chef invites the client to feel the smell of the wet earth and the sea breeze, to have contact with the product and with the people that treat them, in conclusion, to enjoy this gastronomic journey will all of your senses. 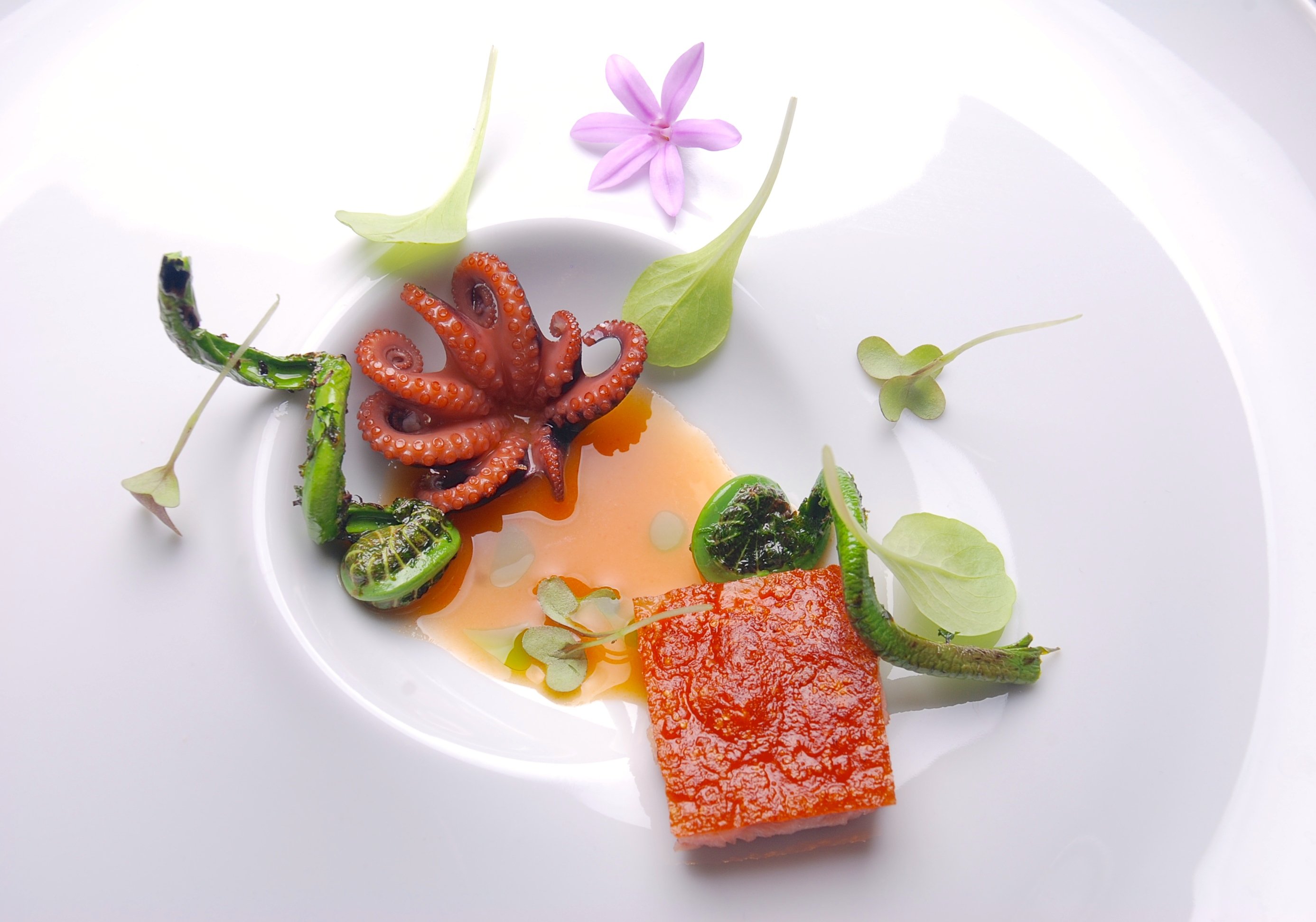 In the marvelous Vila Joya hotel, you will find this outstanding restaurant that has also been awarded two Michelin stars. The decor of the space is subdued and evocative, with subtle swirls and arches and of course, it has mesmerizing views to the Atlantic Ocean. The kitchen is lead by the Austrian Chef Dieter Koschin, in which his approach is based on classic European cooking techniques to Algarvian and Portuguese ingredients, putting a creative spin on every recipe, in which each dish is a piece of art. Vila Joya was awarded its first Michelin star in 1995 and its second (still in effect) in 1999. Embark in this culinary experience filled with cooking techniques in the highest order. 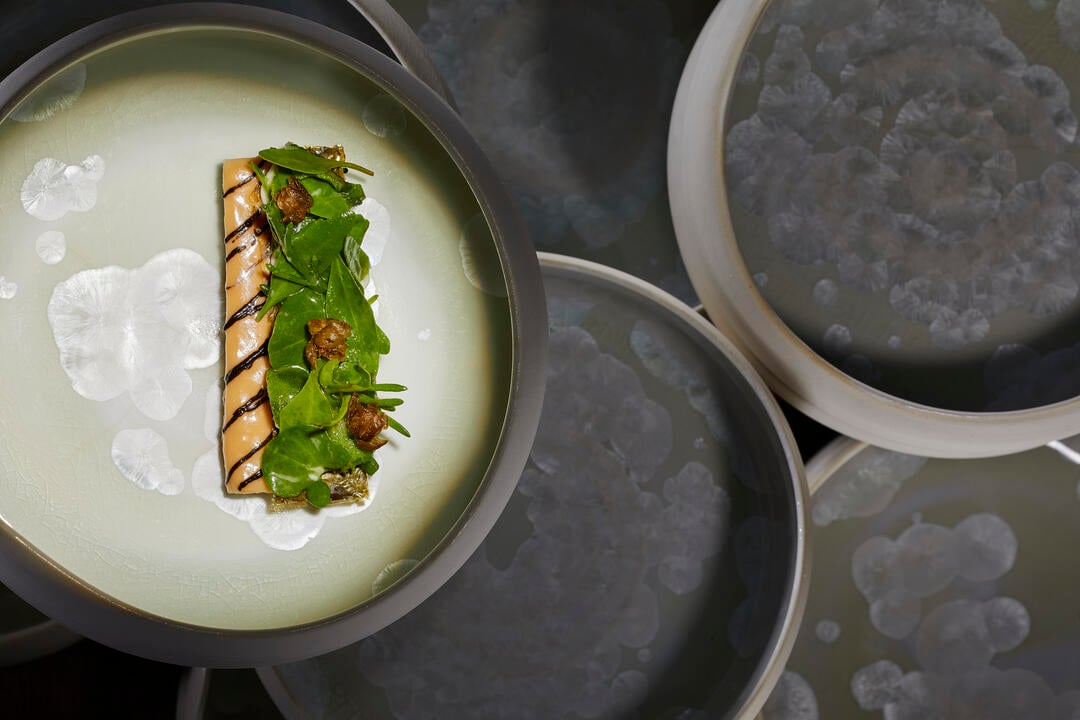 Located at VILA VITA Parc resort, you will find Ocean Restaurant. This phenomenal restaurant holds two Michelin stars, in which the first one was assigned in 2009 and it's second in 2011. It has also been listed in the top best 25 restaurants in the world in La Liste 2020. The kitchen is lead by Austrian Chef Hans Neuner, in which he and his team bring passion, skill, genius creating an exceptional gourmet experience. The decor is calm yet very elegant and is inspired by the ocean, and you will understand why since the first thing that your eyes catch will be the amazing and immersive ocean views. Another fantastic feature is that all the products used and cooked are locally grown fruit and vegetables, locally caught fish, and organic meat, and besides this, new menus are created regularly. The wonderful food is perfectly complemented by the extensive and impressive wine list and the staff will happily offer to you recommendations and wine pairing for each course. 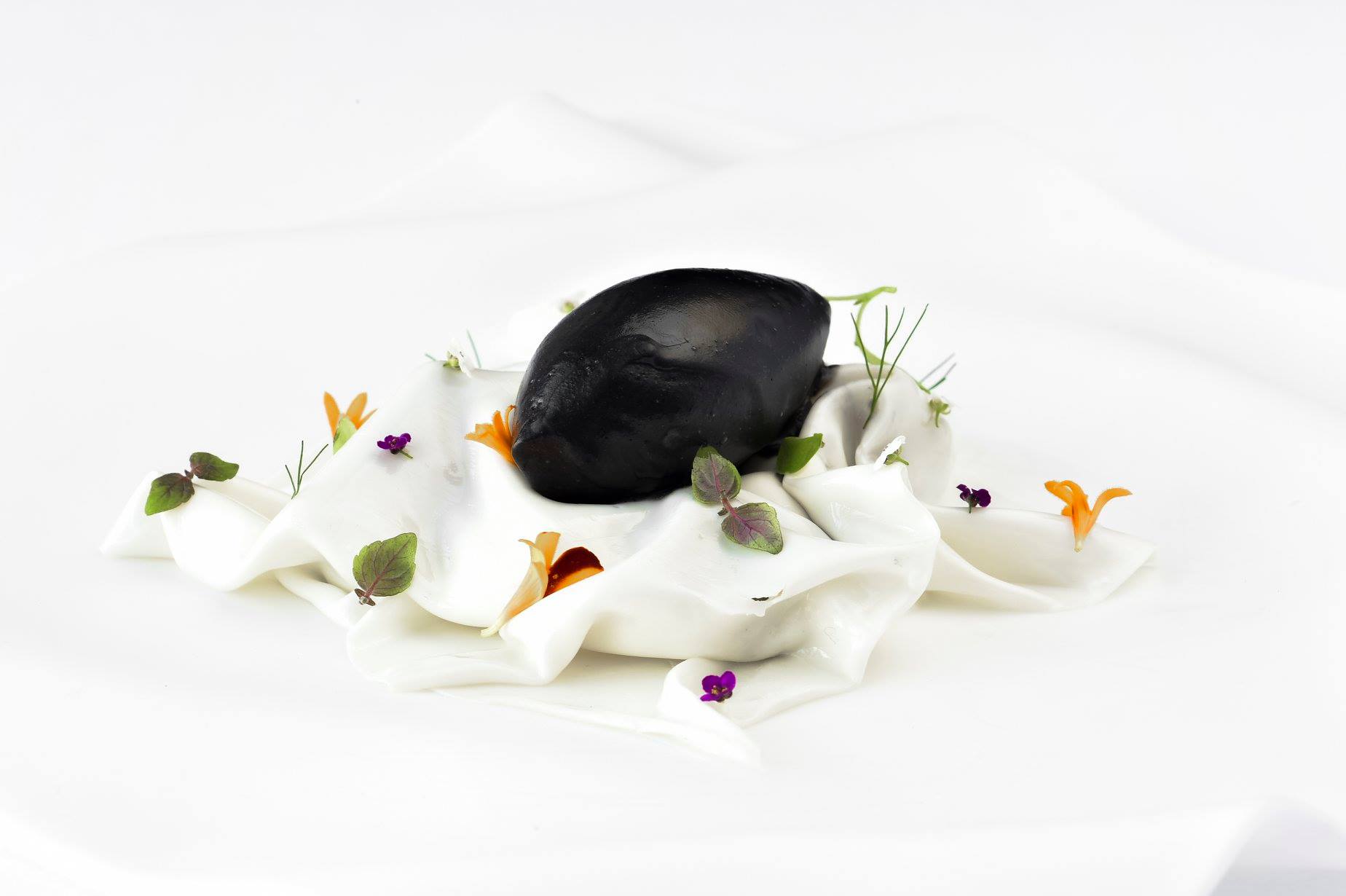 Located at the spectacular Casa da Calçada, Largo do Paço restaurant is simply indescribable, and very hard to put in words. The beautiful old 15th Century Palace is nowadays a national reference since it is a hotel of excellence. Awarded with one Michelin Star, here you will find a magical environment, that looks like it came out of a fairy tale.The kitchen is led by the creative Chef Tiago Bonito, he incorporates the freshest and most organic products available in the market and kindly provided by the Season. There is also a constant search for the excellence of the region's flavors, the fresh products from the land and sea, and the heritage of national gastronomy. This results in a gastronomic offer with a very Portuguese root, complemented with a touch between the contemporary and the traditional, and always flavored with the originality, sophistication, and creativity. Furthermore, at this space is also a winery, harmoniously framed in the dining room, that preserves the best wines, carefully selected and advised by David Teixeira, the Sommelier of Largo do Paço, in what is a real compliment to the noble Portuguese Wine Heritage.

Why book now your 2020 or 2021 tour? Because by booking all your tours with us you will have flexibility in the future, plus an acquired "Clean and Safe" seal. Through these unique times, we are available to plan, reschedule, and move your trip around your needs, as always. If your new dates may no longer work with your initial travel plan, a dedicated consultant will be available to tailor and reschedule your time in Portugal according to your needs and preferences, and to assure you that you will have the best and most memorable experiences.

Soraia has a Bachelor Degree in Communication and she is natural from Azores (the Portuguese islands) which she knows from end to end, as well, as mainland Portugal. She loves to travel and know all about the culture and food of each country. She also loves to cook new recipes, some of the most renowned chefs in the world. In her articles, she shares the knowledge of her travels about heritage, culture, wine, gastronomy, and must-see places.

The Ultimate Travel Itinerary: 3 days in the Algarve

A sophisticated journey of flavors: 'A Ver Tavira' 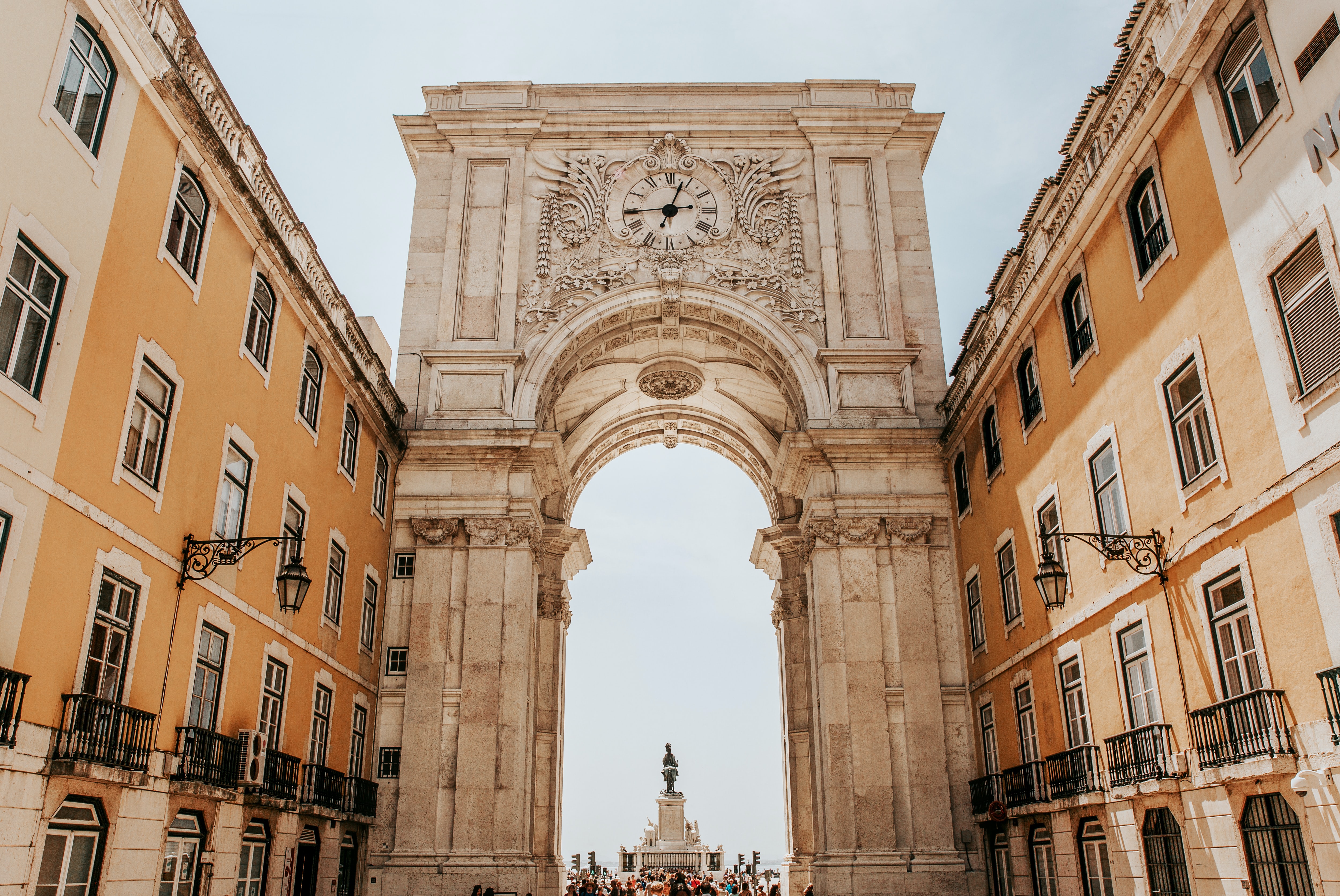